Giant cigarette butts are popping up all over Hampton Roads...here's why

Large statues of cigarette butts are appearing in parks, centers, and more across the area are starting a conversation about the environmental impacts. 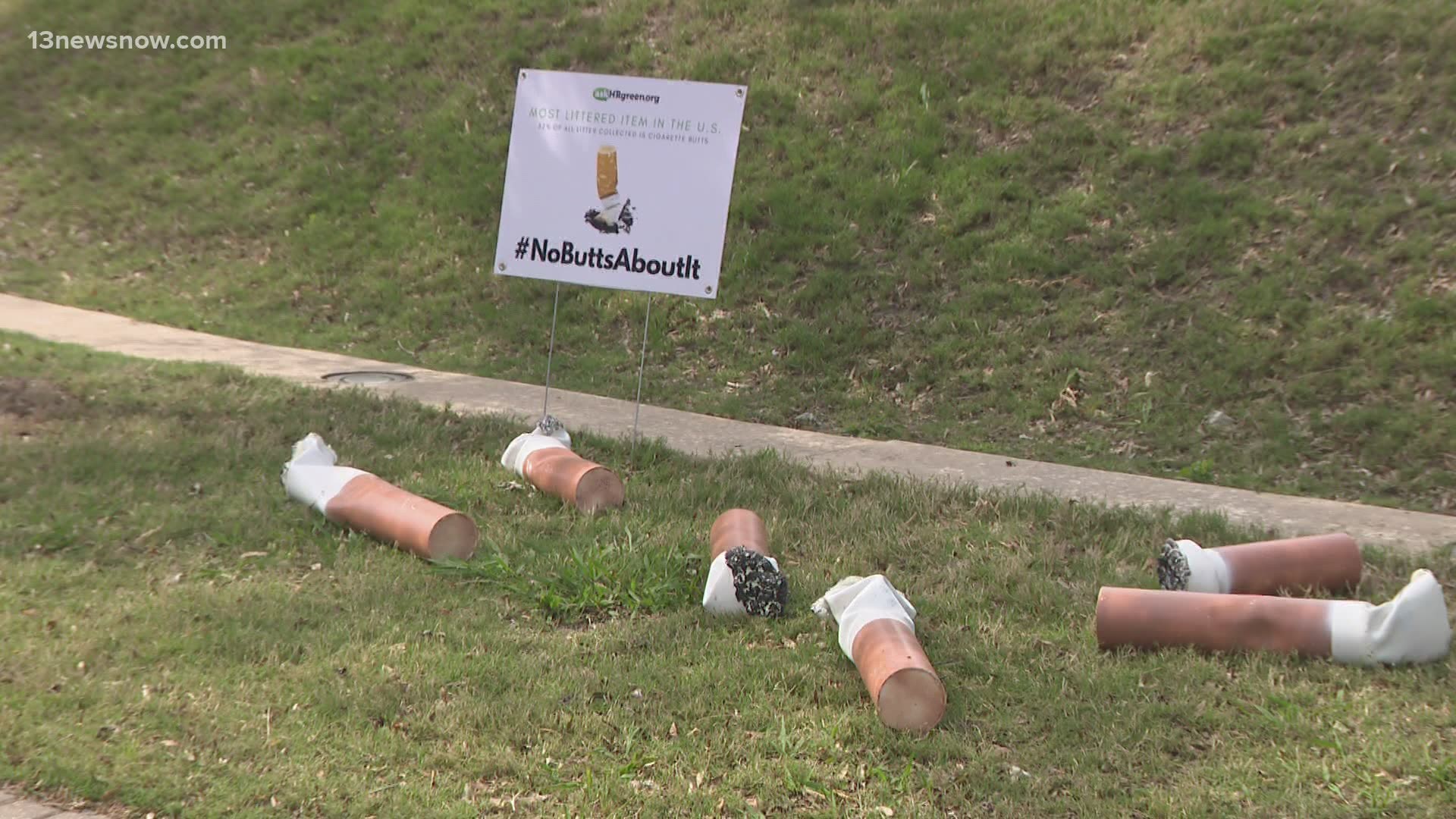 NORFOLK, Va. — The program is called "No Butts About It" with the hashtag to help spread the word. People are starting to notice big cigarette butts hanging around Hampton Roads.

"When I first saw them, I thought 'oh those are ugly,'" said one passerby, Terri Baker. "It does hit you in the face, but I think it's a great statement."

The ugliness of these statues is the exact point environmental group Ask HR Green intended to make. The organization's Team Leader, Katie Cullipher, says they started this program to make people more aware of cigarette butt litter and the dangers they pose.

"Cigarettes are the most littered item in American. We see them everywhere when we do our cleanup," said Cullipher. "They're in our roadways, they're in our waterways. I think there's a lot of misconceptions about cigarette litter. They're small, but their impact is not."

Several other organizations are also involved to help get the word out. Cullipher says it's not just how much litter, but the environmental impacts they make in the long run.

"They linger in our environment and they're harmful to wildlife," said Cullipher. "They're not going to break down naturally, so we thought make them big and let's show the ugly truth behind cigarette litter."

For Terri Baker who says she loves this initiative, she said she used the opportunity of coming across these large statues to teach her grandchildren. She says she used to casually smoke decades ago, but learned quickly, how it impacted everyone around her and the environment.

Ask HR Green isn't just starting a conversation. It is also giving away 100 free cigarette receptacles to businesses that may want to join in on the effort to keep Hampton Roads clean.