Gov. Ralph Northam gave keynote remarks at the Virginia Conference on World Trade, and also made an announcement about education at ODU. 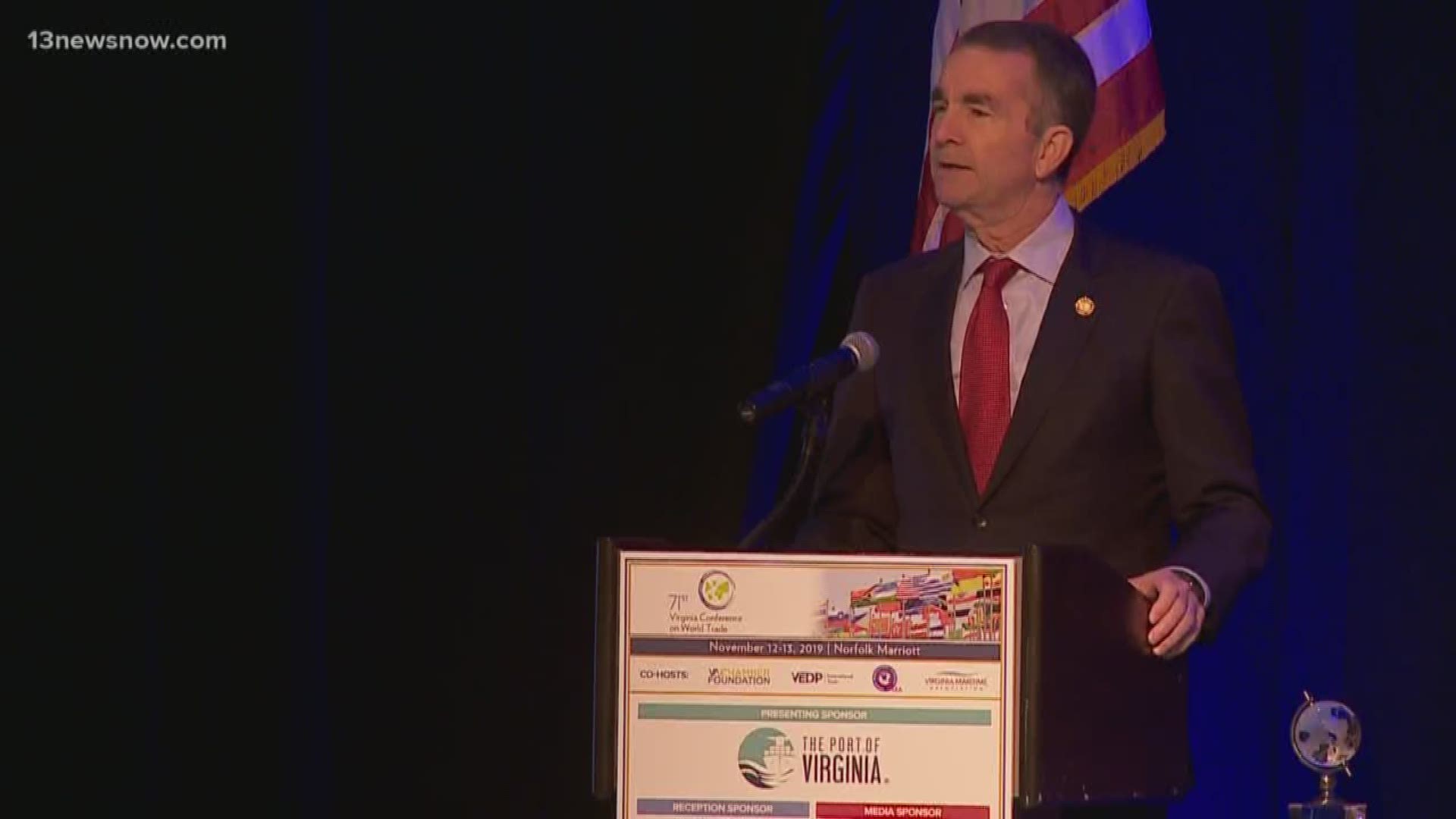 Northam gave keynote remarks at the Virginia Conference on World Trade, where he announced the Commonwealth's first comprehensive international trade strategic plan. It lays out an aggressive goal to expand Virginia's international trade output by 50 percent over the next 15 years.

"We live in a world economy right now and it’s a competitive world, so we wanna make sure that Virginia is able to compete with other states and other countries as well," said Gov. Northam. "This is an ambitious goal, and it won't be easy, but we can absolutely achieve this and make Virginia more competitive internationally."

Northam said if that goal is met, Virginia will become one of the top 20 states for exports per capita by 2035. Currently, the state ranks 41st.

Afterward, Northam went to Old Dominion University, where he made an announcement on education: he announced the Lumina Foundation has approved Virginia to be the fourth state in the country to receive a $500,000 grant. The money will go toward increasing educational attainment for black and Latino students over the next four years.

"This is an important step in our efforts to make sure that every student has the same chance to succeed," Northam said. "This is about all of us. We want to make sure that Virginia is welcoming to all people, that we are inclusive, that our lights are on and our doors are open."

After the press conference, the governor talked about the issues he wants to focus on now that Democrats have control of Virginia’s House and Senate.

“Economic development will continue to be very important to us, education, healthcare is very important, renewable energy,” he said.

Northam added that moving forward, one of the top priorities in the 2020 legislative agenda will be gun control.

“Virginians have said enough is enough, and these are common-sense pieces of legislation, we’ll discuss those. They will be well-vetted, advocacy groups will be at the table to discuss those, but at the end of the day we need to take measures to make Virginia safer,” he said.