Have you seen these signs? Man pushes to curb gun violence in Hampton Roads

Norfolk native Clay Marquez doesn't want others to live the life he's given up. 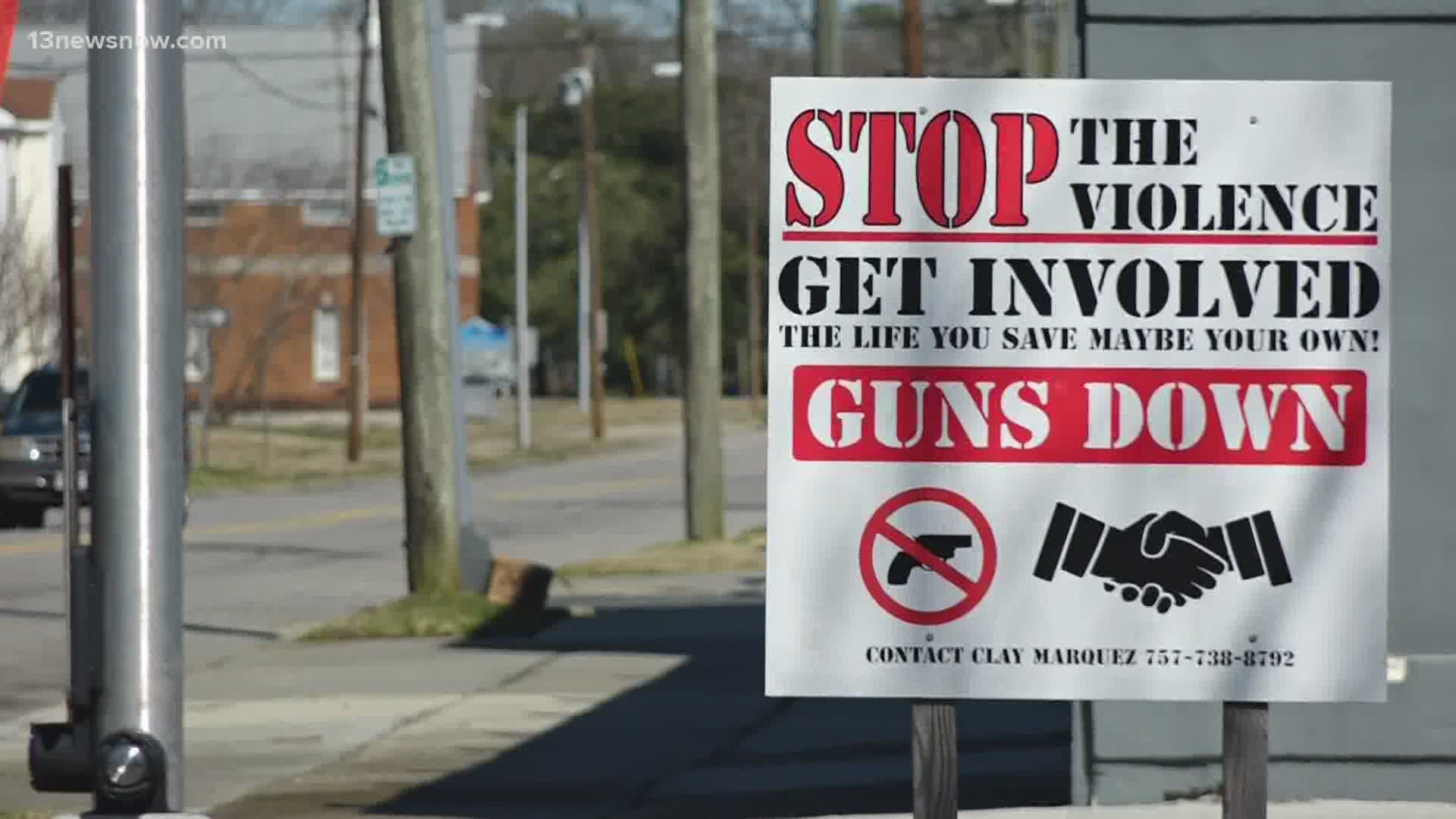 NORFOLK, Va. — They can be found in plain sight across the city of Norfolk. Simple messages that Clay Marquez planted as reminders in his hometown.

“The signs have been up for about a year. I was laying down one night and thought, there were so many murders in the city, the 757 to be exact. I just asked myself, 'Clay, what can you contribute?'" Marquez told 13News Now.

Scattered across various intersections of the city, are large poster boards that read:

Stop the violence. Get involved. The life you save may be your own! Guns down.

Transitioning into a role as a community advocate, his personal phone line is printed on each one, and he makes himself available to anyone who sees them by offering support or assistance in any way he can.

The signs were placed in highly trafficked areas in the city, like the intersection of Tidewater Drive and Goff Street, Granby and 27th, and more.

Marquez said that he gets a variety of calls with different people calling for different reasons and advice about dealing with gun violence. Some of the ways he's offered help are assisting people with relinquishing their weapons, talking people out of dangerous situations, and helping others find jobs so that they don't have to turn to a life of violence.

“Some people don’t have anybody to lean on, so they call for a variety of reasons. If I can help somebody, I try to point them in the right direction."

Marquez, now 48, draws inspiration from the life he once lived.

"I’ve done everything under the sun. I dealt drugs and got in trouble as a youth."

Marquez said he served about 10 years in prison for drug-related charges, but that doing time offered him a chance to reset his life, and now helps others avoid the life he gave up.

Marquez built the signs with his own money and said he's looking to expand to other areas of Hampton Roads like Newport News, Portsmouth, and Chesapeake.