Latoya Monique Smith had pleaded guilty to Felony Homicide and one count of Child Abuse/Neglect in the death of her daughter, 11-year-old Heaven Watkins. 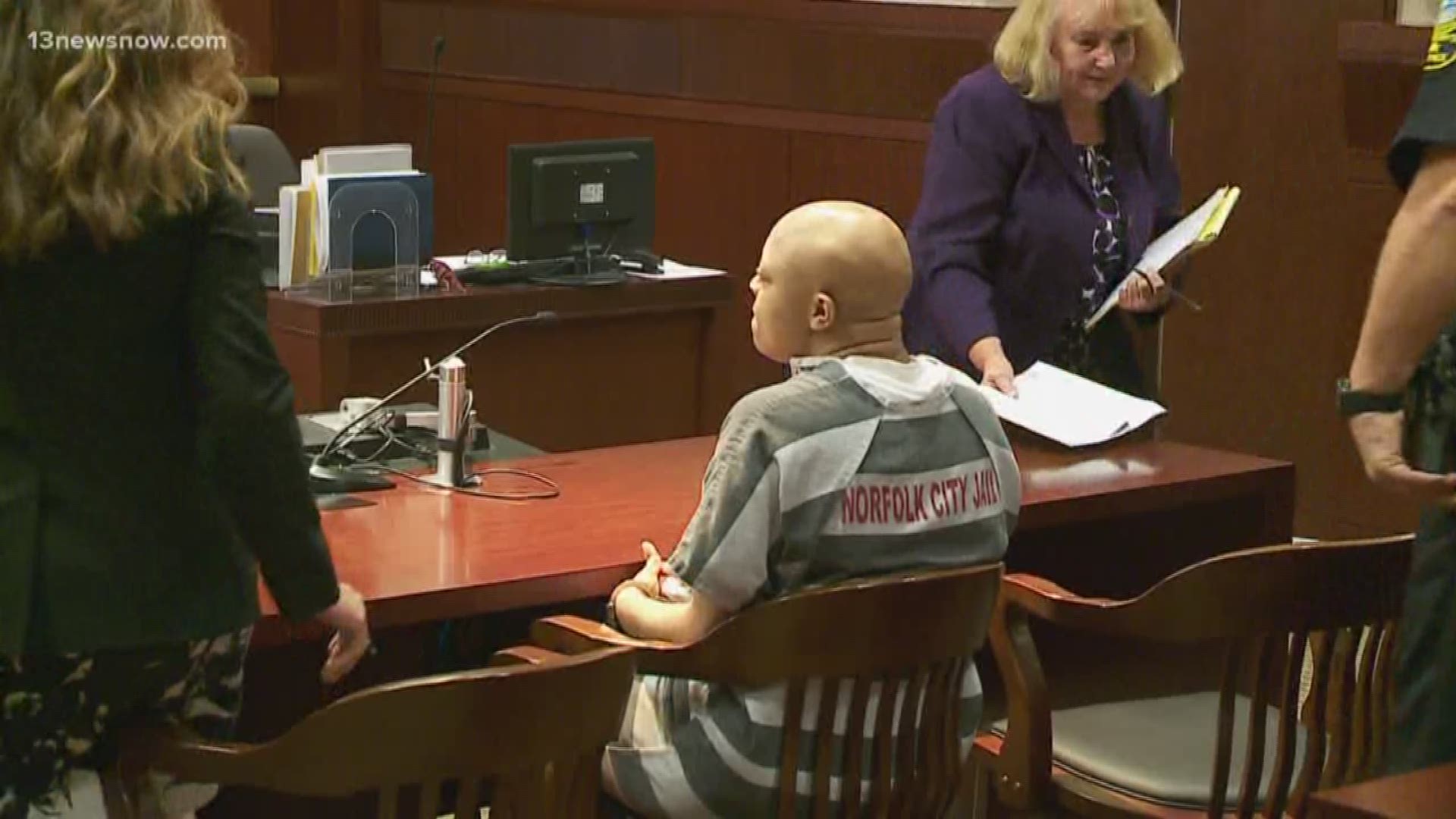 NORFOLK, Va. — The mother of a little girl who was abused and killed in 2018 has been sentenced to 30 years in prison.

35-year-old Latoya Monique Smith had pleaded guilty to Felony Homicide and one count of Child Abuse/Neglect in the death of her daughter, 11-year-old Heaven Watkins. She was sentenced Friday to 50 years in prison, with 20 suspended.

Smith's boyfriend at the time, Demont Harris, was previously sentenced to 60 years in prison with 35 years suspended, leaving him only 25 years left to serve for his role in Heaven's death.

One of the abuse charges stems from an injury Heaven got from one punishment in February 2018 that left her hand burned so badly she needed skin grafts. Smith said Harris came up with a lie about the injury.

"Everybody had to say that Heaven was washing her hands in hot water, and the water got too hot, and she burned her hand,” she described.

Credit: Family photo
Heaven Watkins is the focus of a 13News Now investigation on issues in the child protective services system

When police asked Smith why she didn't stop Harris or “do something about what he had been doing” to her own daughter, she only responded, "I don't know."

She told police beating her daughter and forcing her to stand in a corner for hours was the couple's form of punishment for Heaven.

Police asked Smith to take them back to the night before Heaven died. She said Harris punched Heaven “twice in the chest and one in the stomach.”

In an illustration of the innocence of childhood, when detectives asked what Heaven's reaction was when Harris did things like that, Smith replied: "She was crying. She cried and said, 'Stop.'"

A detective asked how often Harris hit the child.

“Every time she's in trouble," Smith replied, "maybe three or four times out the week."

Heaven's death prompted a push for nationwide legislation, bringing about some good.

Virginia passed a statewide law that requires CPS workers to check other states' registries for complaints of abuse or neglect going back five years.

There's still a nationwide push that would require the Department of Health and Human Services to create the "National Interstate Data Exchange System." The system would allow states to share child abuse and neglect information with other states, which gives caseworkers more background.

RELATED: Heaven's Story: CPS does not consider history to determine if abuse allegation is founded