Police said 200 teenagers on East Little Creek Road prompted multiple disturbance calls on Sunday night, including one that cited a robbery at a 7-Eleven. 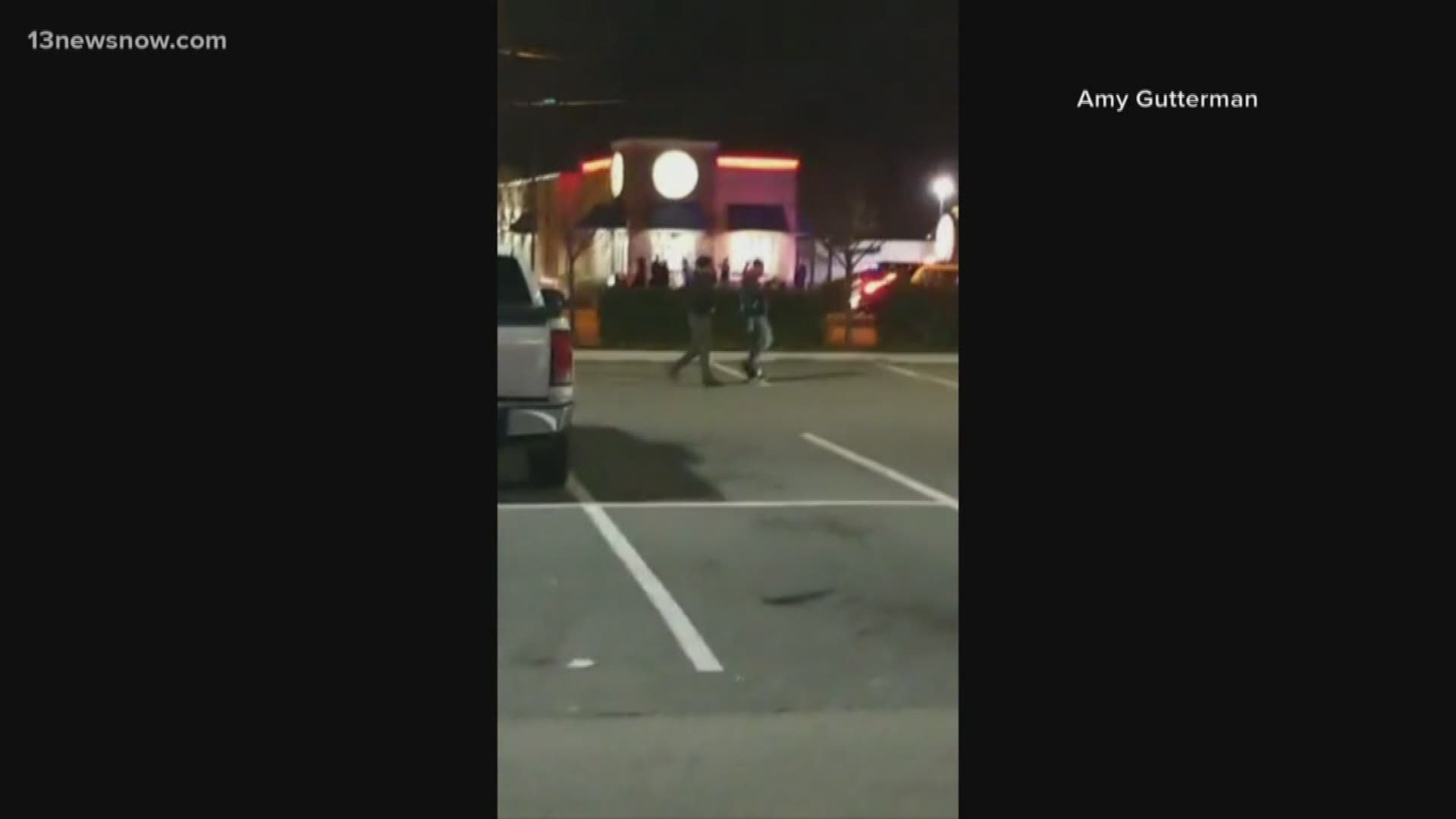 NORFOLK, Va. — According to police, around 200 teenagers entered businesses on Sunday night, which led to multiple disturbance calls. Now, four juveniles have petitions filed against them by Norfolk police.

Investigators said they got a call at 5 p.m. on Sunday in reference to the Lido Inn about a large group of teenagers. But when police got to the area, the group scattered in different directions. Police said the teens went into nearby businesses like 7-Eleven, Captain D’s, and Walmart.

Sgt. William Pickering said that caused more disturbance calls to come in and subsequently, there was a reported robbery at the 7-Eleven.

RELATED: Florida USPS employee accused of stealing more than $1K worth of packages

While leaving Walmart, bystander Nathan Pumphrey said he saw dozens of teens in groups going into the store.

"I mean, they were swarming, 30 to 40 forty people at a time, just going in and taking handfuls of stuff, bum-rushing the doors. It was pretty crazy,” said Pumphrey.

Pumphrey said that locals and business owners were startled by Sunday night’s events.

"I have a business in that area. I have video cameras up, surveillance and stuff. You just have to be protected and be on the lookout. I know the residents in my neighborhood were pretty freaked out by it. The world is getting nuts out there and you've got to protect yourself,” he said.

Police are still investigating the situation.