INSIDE ACCESS: See how the Norfolk Admirals' ice hockey rink comes together

Go behind the scenes of the Norfolk Admirals' ice hockey rink to see how it's installed each season. 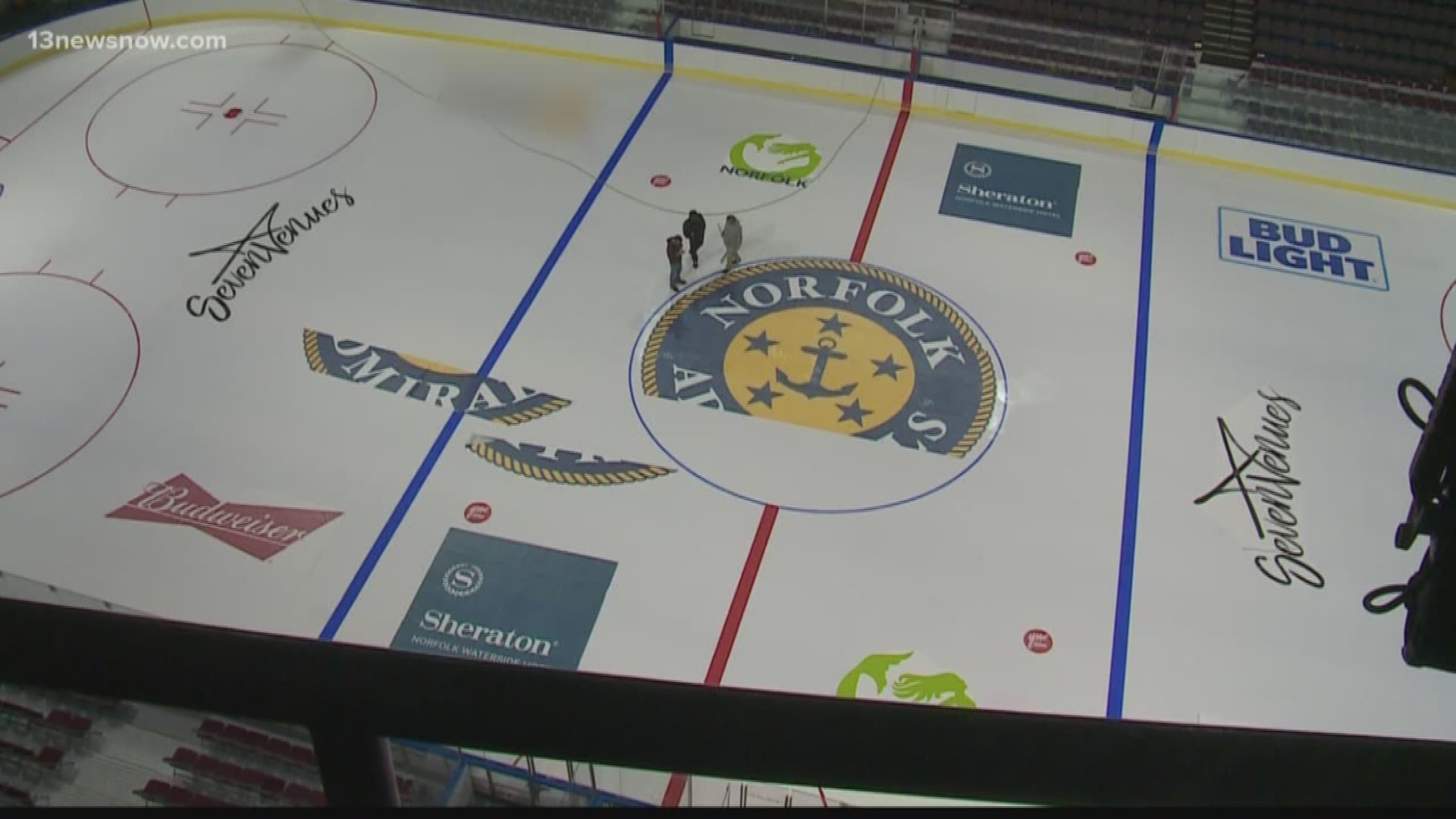 On this week’s Inside Access, Crystal Harper takes you behind the scenes of the Norfolk Admirals' ice hockey rink installation.

With 8,000 fans looking forward to watching hockey this season, there’s a lot of pressure to get the ice just right.

We spoke to David Young, event coordinator with Seven Venues, about what it takes to install an ice hockey rink from start to finish.

Young says it takes his team of 4 people about a week to turn that water into a ready to use rink. His team consists of two ice re-surfacers and two net attendants.

The rink simply starts out as a concrete slab.

Young says a completed hockey rink uses about 10,000 gallons of water. Ice is added one layer at a time until it’s about an inch to an inch and a quarter thick. Young says it usually takes about 30-50 layers of ice to make this happen.

Between those layers, Young and his team add paint and logos. It takes a lot of precision to hand paint the lines on the hockey rink, especially the rings. The team uses string to guide them in creating the perfectly straight lines. They then seal those painted on lines in with more layers of ice.

Eventually, the logos and other graphics are also added. The logos are made from a heavy duty material that is stored and used year after year. The logos are also frozen between more layers of the ice.

Fixing a hope or a chip in the ice is easy, according to Young. He says his team simply takes some melted snow and packs it tightly in the hole using a hockey puck. After that, they go over it with an ice re-surfacer and it’s as good as new.

They typically go through this process a couple times a season due to different events.

They usually just cover up the ice with a fiberglass decking, which allows them to have concerts or basketball games while keeping the ice intact.

The hardest part for Young and his team is going through the melting process. Young mentioned they have a difficult time watching their hard work disappear.

David Young takes a lot of pride in his work and he’s hoping to win an award for best ice in the league!