Three more stores are added to the list of those leaving (or those that have left) the mall in Downtown Norfolk. 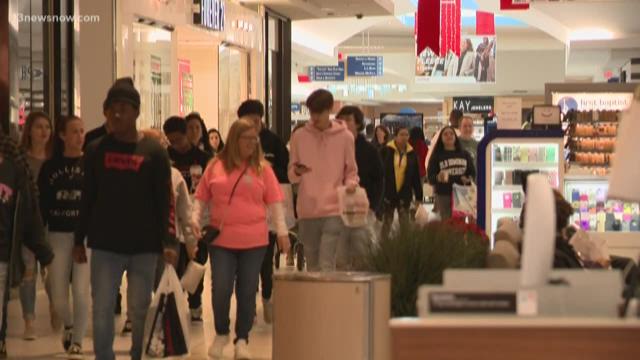 Marketing Director Karen Husselbee said the leases of J. Crew, Fossil and Brighton Collectibles are coming up, and all three stores will not renew.

These three stores are added to the list of retailers that left including Nordstrom, Banana Republic, Chico's, Forever 21, Pottery Barn, Williams-Sonoma, Yankee Candle, and Zales.

However, the MacArthur Center has opened several new stores including Glow Golf and a new 19,000 square-foot GameWorks The mall will soon welcome a locally-owned Bonilla Pet Studio too. It's slated to open in mid-January.

Husselbee said more updates will be announced later this year. She said the mall and the operator/manager Starwood Retail Partners are committed to creating a welcoming environment and new experiences in Hampton Roads.

"Retail spaces continue to evolve from shopping only to offering multiple and varied experiences," Husselbee said in a statement emailed to 13News Now. "MacArthur Center is leading the evolution with its Live360° programming, events, partnerships and non-traditional as well as traditional tenants. Our leadership in this area brings thousands of people to downtown Norfolk and raises awareness of countless causes while providing opportunities to create, inspire, share, learn, and grow."

TCC Professor of Business Administration Peter Shaw said that city leaders have to change their business models to keep their cities economically strong.

"They have to evolve their environment into becoming more people magnets. Millennials really are migrating towards an environment where there's a balance between work and play. The cities that provide that environment are going to be the winners,” said Shaw.

RELATED: Goodbye, Nordstrom. The store in Norfolk is closing.