The City of Norfolk said the company should be providing up to 500 bikes, based on demand, for a five-year contract. 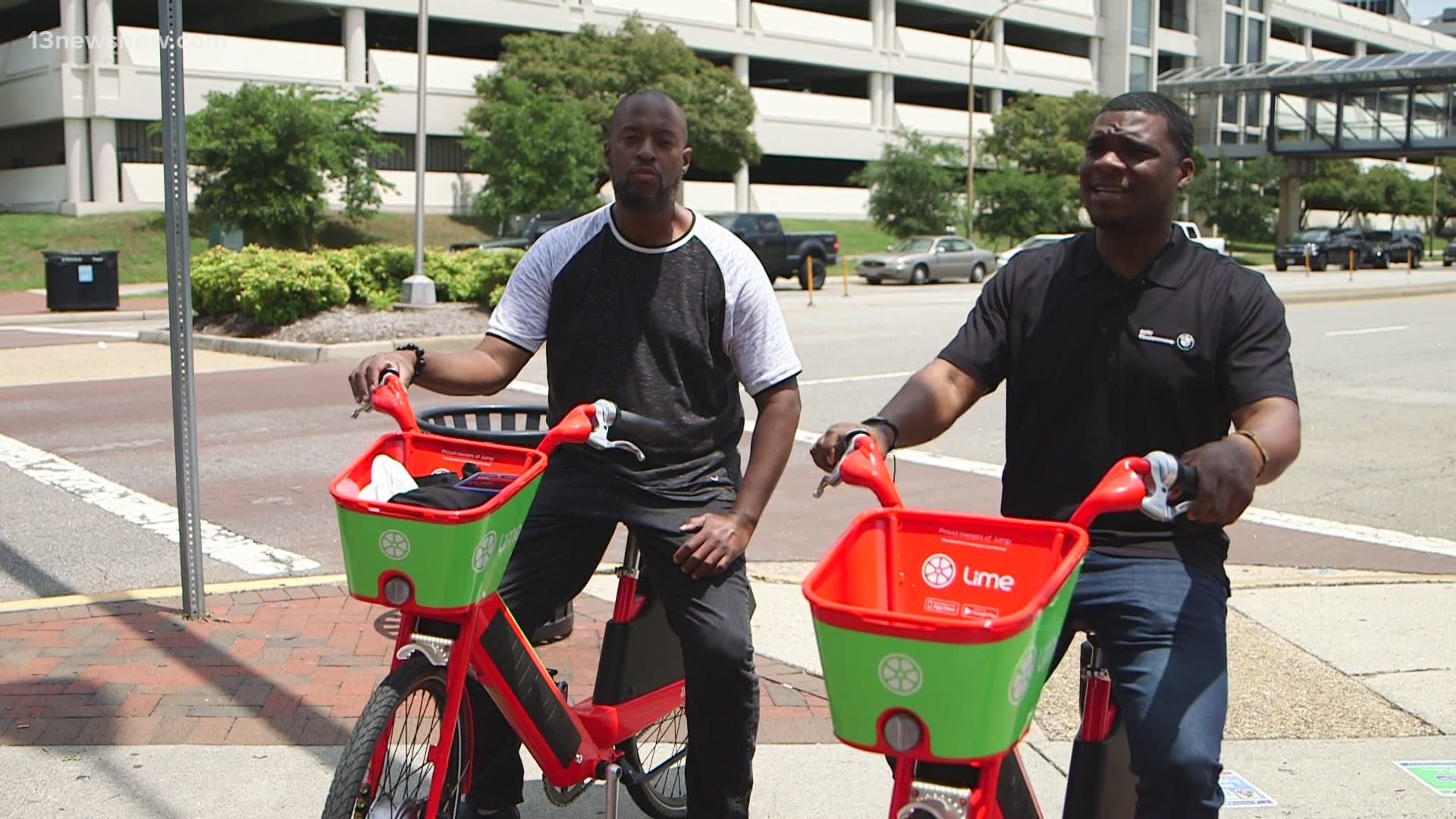 Just like the scooters, residents will be able to rent these bikes on a short-term basis by using an app, and leave them near their destinations in a Lime "parking corral."

Justin Robinson works downtown and he’s happy they are an option to rent now.

“I think it’ll get people around the city much faster,” he said.

A news release from the city said the company should be providing up to 500 bikes, based on demand, for a five-year contract.

Riders would need to be at least 18 years old to rent the bikes. People can use either the scooters or bicycles in the city's designated bike lanes.

On Monday, the bikes could be found in every corner of Downtown Norfolk.

“I’ve been looking for the bikes," said resident Sabrina Davis. "I hope they are here to stay."

Amy Inman, Norfolk's director of transit, said the e-bikes were another way the city was going "multimodal" to offer people ways to travel other than by car.

"The Department of Transit is pleased to partner with Lime to offer this bike share program which adds another transportation choice for residents that will allow sustainable and environmentally friendly mobility options for short and longer distance trips throughout the city," she wrote.

By the latest count, there were 1,250 electric Lime scooters in Norfolk that have logged more than one million rides since 2019.

City residents and visitors have traveled 984,179 miles by scooter in that time, according to the city's release.