"Like with the NBA, we provide some relief," Brothers said. "We try to provide a safe environment for our customers. Some of them haven't been out since March."

NORFOLK, Va. — Tony Brothers opened a restaurant in downtown Norfolk on Tuesday. But he's not allowed to eat there.

For 15 years or more, the Booker T. Washington High School and Old Dominion University grad had dreamed of opening the sort of place he likes to go while traveling all over the country and world for his day job: tender steaks, live jazz, fine wine and small-batch bourbon.

And now finally, his name is on the sign. Brothers Chops, Seafood and Spirits held its grand opening this week at 200 E. Plume St., with an opening menu of lamb chop lollipops and seafood gnocchi, seasoned steaks and lump crab cakes.

But these days, his other job makes going to restaurants a little bit complicated. For 27 years, Brothers has been a referee for the National Basketball Association. He's one of the most recognizable and longest-serving referees in the sport, one of the few to have officiated in the finals for each of the past nine years.

And during the coronavirus pandemic, the association's quarantine rules mean he can't stop by his own Norfolk restaurant even when he's on a break.

"We're still quarantined even when we're home," he said. "If we end up doing something or going somewhere, we're going to taint the pool. It's a different life; a different world."

He's tried every dish in the restaurant, he said, served up personally by executive chefs Kevin Jenkins and Douglas Silva, the latter of whom arrived at Brothers after a tour as head chef of Rockafeller's in Virginia Beach.

But he won't be able to sit down for a meal in his restaurant until July, after the next NBA champions are already wearing their rings.

In the meantime, Brothers said, he's there virtually. More than one of his NBA Finals jackets hang on the wall. And he's able to join his 5,000-square-foot restaurant via FaceTime.

"I talk to the guests, see how people feel, ask them questions," he said. "From the music to the ambiance of the restaurant, it's a place I'd want to go. It's reflective of the things I like."

The restaurant was conceived mostly during the pandemic, he said, after he was approached with the opportunity last year by partners Corey Foreman and Terry Webb. Webb has been a prodigious restaurateur, opening spots that include Krush restaurant and Mansion Allure nightclub in Portsmouth, and Entourage nightclub in Norfolk.

But if those nightclubs were known for raucous late-night parties, Brothers is a spot for upscale dining and chiller vibes. Tony Brothers hopes to eventually host bourbon and wine tastings and attract the sort of jazz artists he admires, such as South African singer-guitarist Jonathan Butler or Grammy winner Gerald Albright.

"Once a month, they could come in for a weekend set," Brothers said. "That's something that doesn't exist here: dinner at a fine dining restaurant with a concert afterwards."

In addition to the main dining room, where entrees often crest $30, the restaurant is also home to an upstairs area called the Loft, which offers a more casual place to check in for a wine or a cocktail.

Brothers said he views the restaurant the same way he sees the NBA: as a source of respite and entertainment during troubled times.

"Like with the NBA, we provide some relief," he said. "We try to provide a safe environment for our customers. Some of them haven't been out since March."

The grand opening was this week, but the restaurant served its first invitation-only dinner in December. And so far, he said, visitors to the restaurant have been a lot nicer than fans of the NBA tend to be to a referee.

Brothers said he doesn't mind NBA fans' ire — All-Star Carmelo Anthony's wife once took to Twitter, even, after Brothers ejected her husband from a game — because it means he's making tough calls.

"If your team lost and you're mad at me, that probably means I've done something right," he said. "If I walked out and they're cheering me, that's a problem."

But for now, he said, nobody's mad at the restaurant.

"We're up and open, and my name is on the front, and the reviews are good," he said. "That's always the scary part: I wonder how it's going be reviewed. But everything has been great." 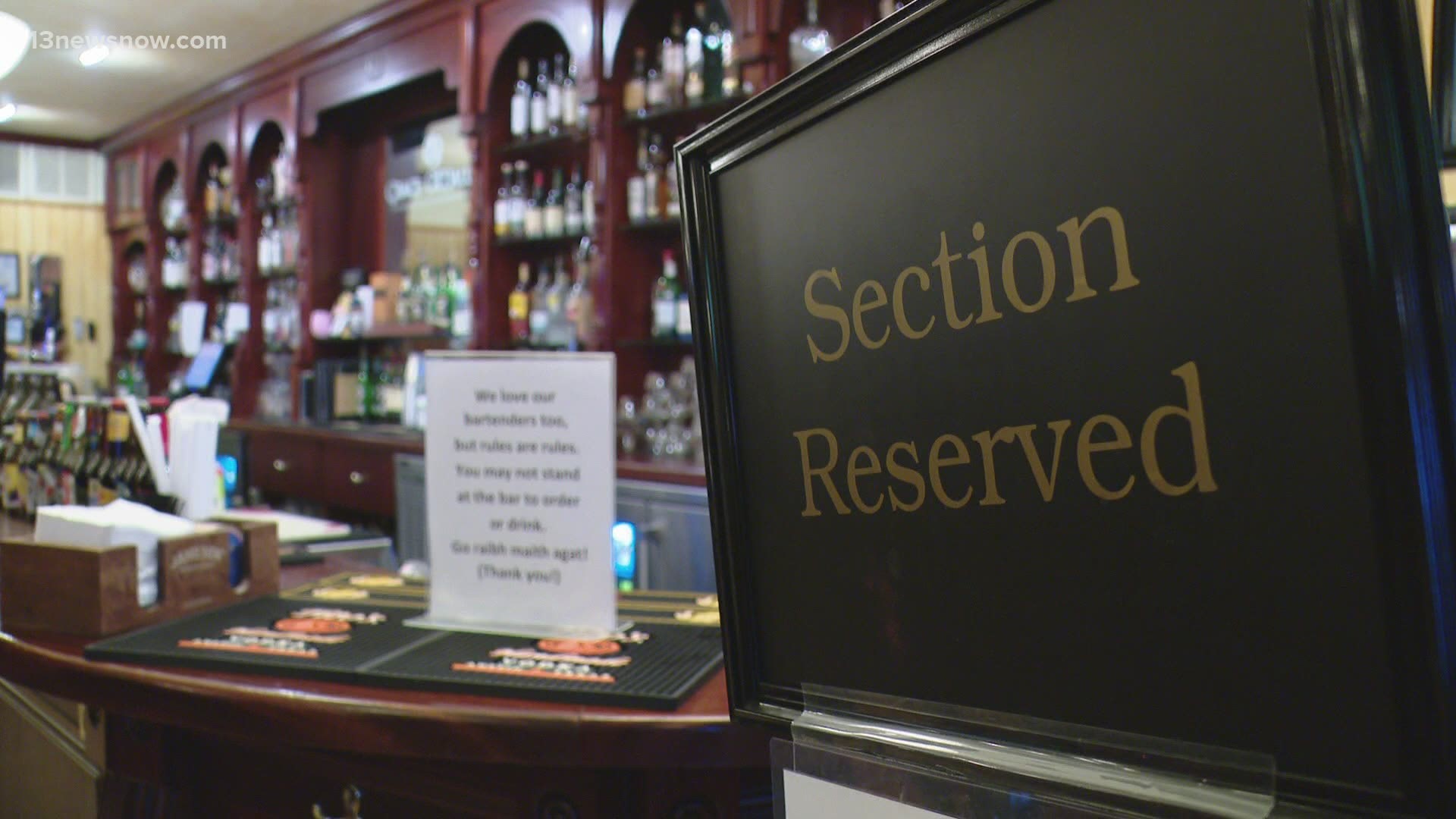