Look out below! Herons making a mess all over Freemason

It's nesting season for night herons, and they're unloading their business onto parked cars below them. 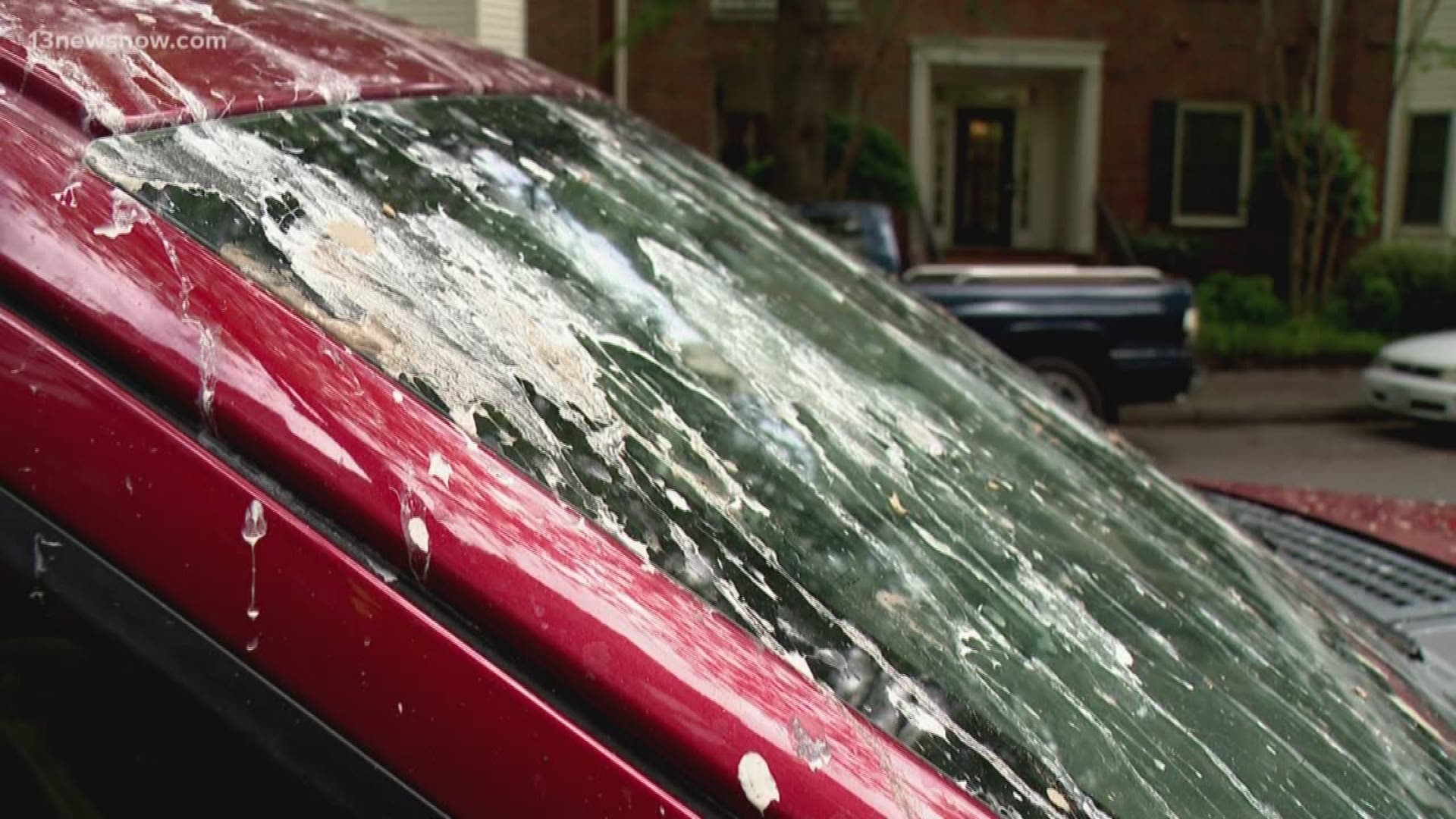 NORFOLK, Va. — The cascading greenery lines both side of College Place, a street tucked in the Freemason neighborhood of Norfolk.

Between tree branches, night herons are raising their young. It’s nesting season, and they’re unloading problems onto the humans who live below.

It’s an issue neighbors like Lisa Mayes witness every year during the summer.

“I have parked and literally gone into my house for five or 10 minutes, come out and… disaster. The sound is ‘Splat.’ I know a little bird may poop on your shoulder, but no, this is like someone taking a bucket.”

Kent Abney recently moved into the neighborhood from Colorado and the birds have welcomed him with multiple loads. On Friday, his red pickup truck was covered in droppings.

“They bomb the cars daily,” said Abney. “This is the first time that I’ve ever seen anything like this.”

Mayes said the problem has become so bad, she parks her car several blocks away to avoid another trip to the car wash.

The poop isn't the only problem; herons feed on eat seafood, and that comes raining down, too.

It leaves a brutal odor behind.

“It’s been pretty smelly along here for the last two months,” said Abney.

Bits and pieces of tiny crabs were scattered on Abney’s truck. The layers of feces have led Abney to become a regular at the car wash.

“It’s pretty acidic, so you cannot leave it on your vehicle. I go get it washed off cause it’ll mess up your paint,” said Abney.

For now, the smell will continue to linger, and the poop will keep raining down until the young birds leave the nest.

"I think it’s awesome. Yes, it drives you to the car wash, but I grew up in Louisiana and Texas so I've been around wildlife my whole life," said Abney.