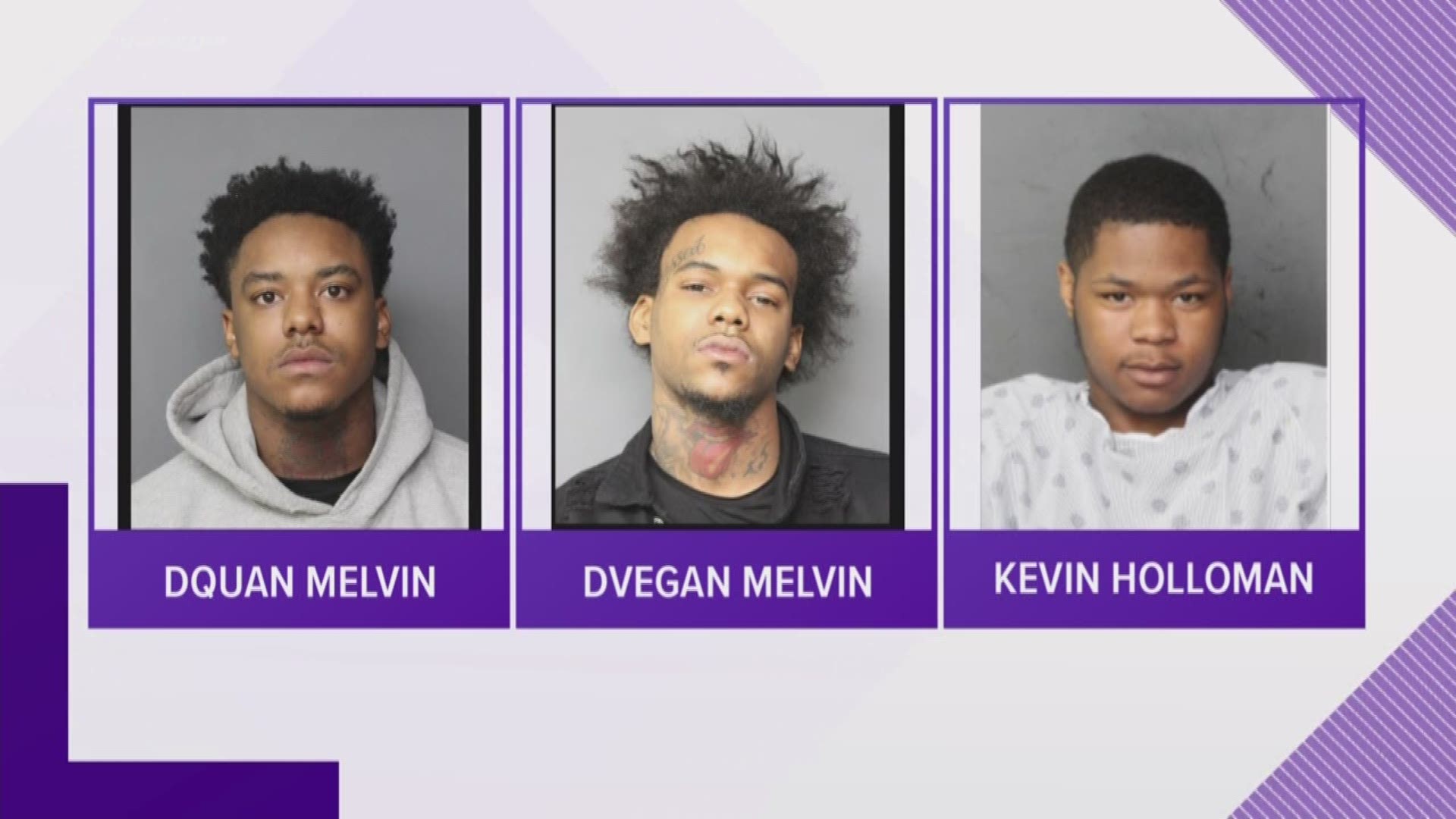 NORFOLK, Va. — Three men accused of being involved in a shooting at the MacArthur Center had their first court appearance on Tuesday morning.

Dquan and Dvegan Melvin, as well as Kevin Holloman, faced a judge in Norfolk.

All three of them are facing several charges, including felonious assault and firing a weapon.

Officers found a 16-year-old and 18-year-old suffering from non-life threatening gunshot wounds. Medics took the 16-year-old boy to CHKD and the 18-year-old to the Sentara Norfolk General Hospital. Both have since been treated and released.

The 18-year-old who was shot, Kevin Holloman, is now among the suspects charged in the incident. The 16-year-old was not arrested.

During their arraignment on Tuesday, Dquan and Dvegan Melvin were in handcuffs, while Holloman was brought in a wheelchair.

The judge is considering a special prosecutor for this case because two members of the Commonwealth's Attorney's office witnessed the entire shooting at the mall.

A fourth suspect, 18-year-old Shawn Mitchell, is not currently in custody because he was arrested for a misdemeanor concealed weapons charge, while the other three suspects are facing felonies.

Holloman will have a state attorney represent him, while Dquan and Dvegan Melvin said they would find their own attorneys.

Shirley David, Holloman's grandmother who raised him, said her grandson is innocent.

Holloman has a bond hearing Friday, Feb. 22nd. Davis said she hopes her grandson will get bond.

"I wanna see the tape where they said they see him shooting a gun when he don’t own a gun," said Davis. "He lives with me. He helps take care of me. He don’t hang in the streets. He's not a street person."

All three of the men accused will have bond hearings. Then, they'll face a judge on April 4th for a preliminary hearing.