Man in critical condition after car crashes into bicycle in Norfolk

A 73-year-old bicyclist was in critical condition after the Hampton Boulevard accident. 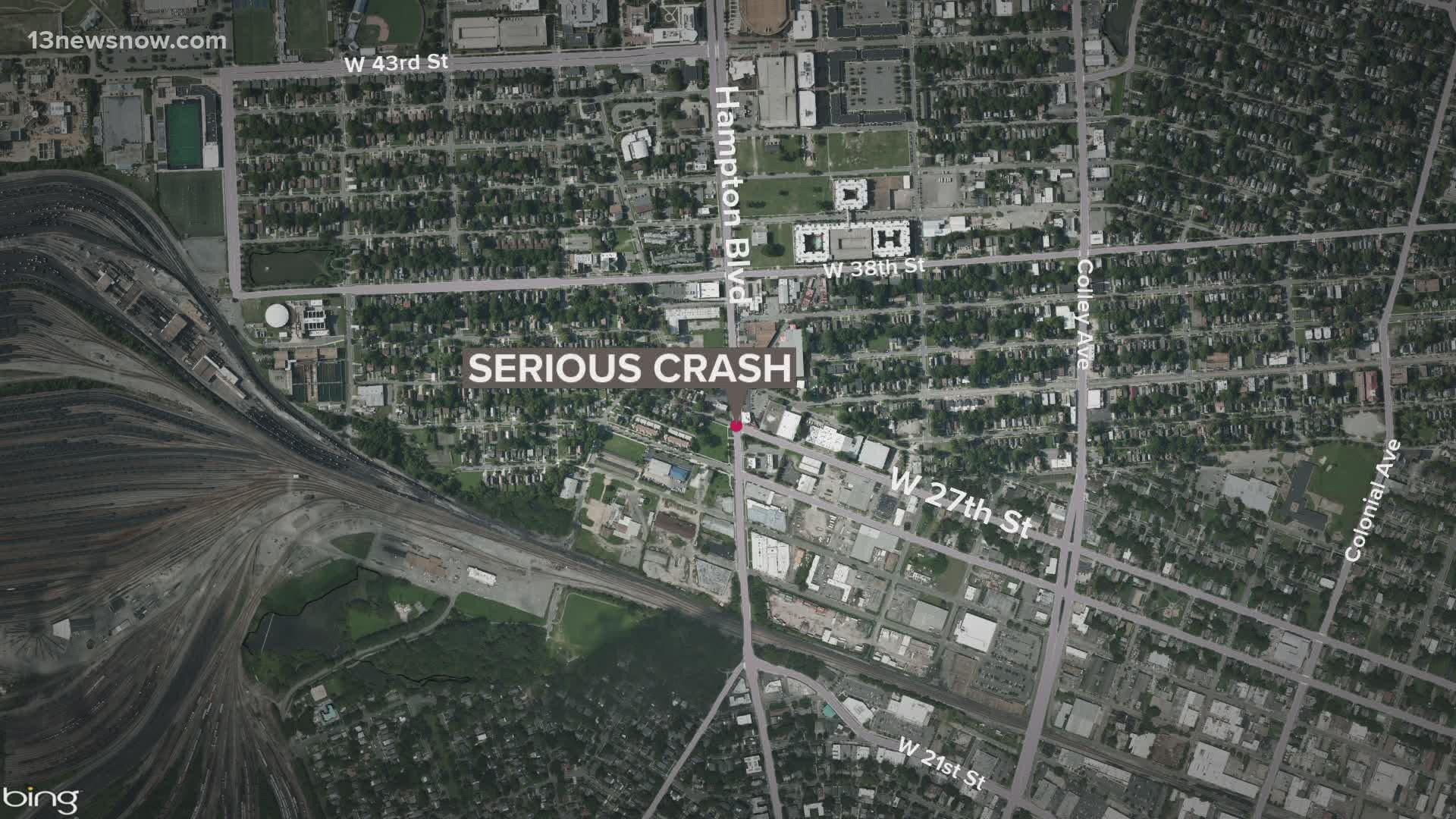 NORFOLK, Va. — Norfolk Police is investigating a crash that sent one person to the hospital early Friday morning.

The crash between a car and a bicycle happened in the 2700 block of Hampton Boulevard. Police said the call for help came in around 4:40 a.m.

In a Monday afternoon update, investigators said they think a Ford sedan was driving south on that road when the bicyclist steered onto the street. Then, the sedan hit the bike.

A 73-year-old man who had been riding the bike was taken to Sentara Norfolk General Hospital with life-threatening injuries. Police didn't share his name.

Monday, officials said he was still in critical condition.

A spokesperson for the department said investigators don't think speed or alcohol contributed to the crash.

#NorfolkPD is currently investigating a serious car/bicycle crash at Hampton Blvd and W. 27th St. A man has been taken to SNGH with life-threatening injuries. The north & south traffic lanes on Hampton Blvd are closed while #NPD investigates further. Call came in around 4:45 a.m. pic.twitter.com/0j2qkh4dp4