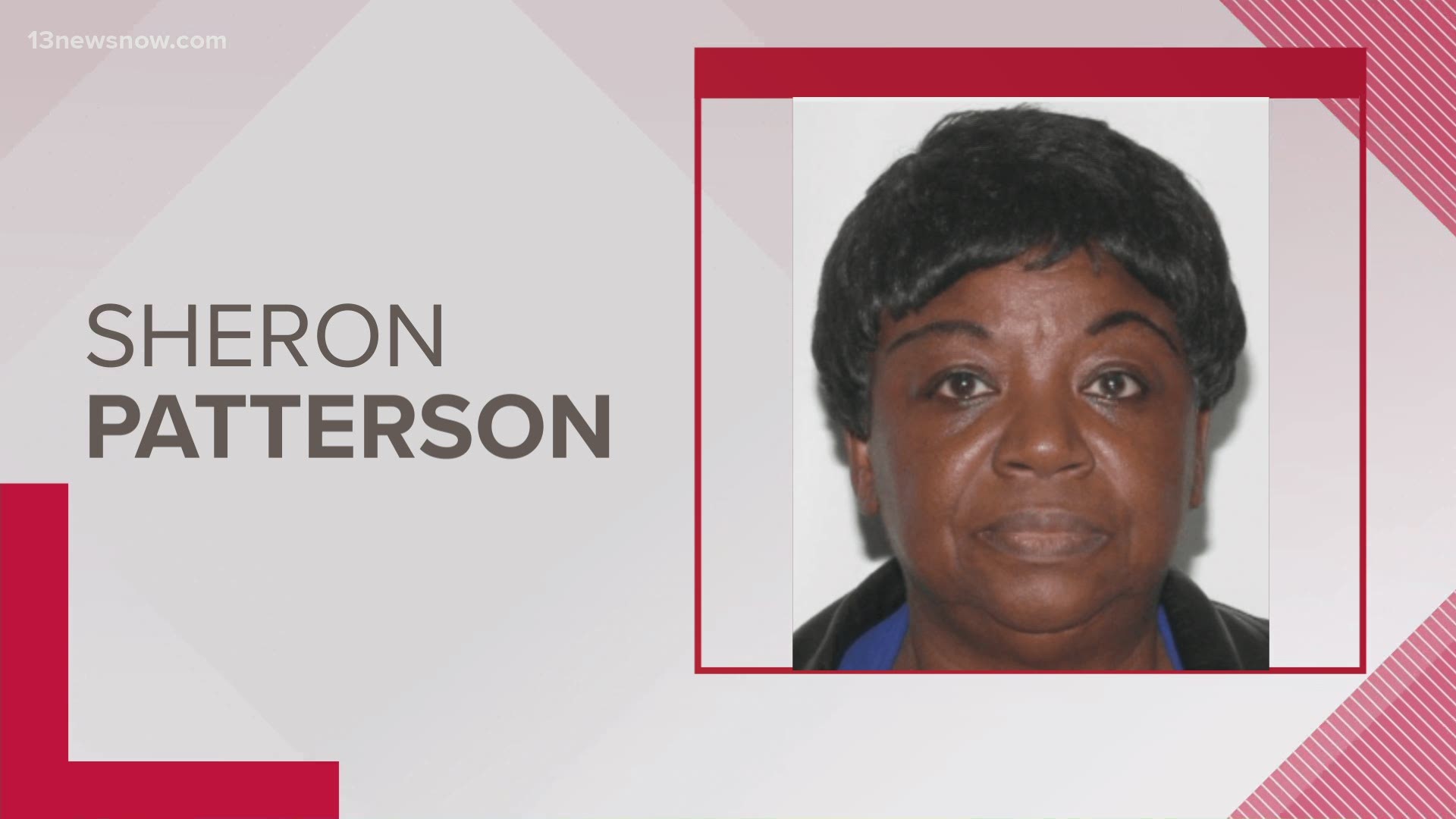 NORFOLK, Va. — Virginia State Police say they have canceled a Senior Alert for a woman who disappeared in Norfolk.

Police say Patterson is about 5'1" tall and weighs 140 pounds. She has short black hair and brown eyes, and may be wearing a short, black wig.

Patterson was last seen wearing an unknown-colored short-sleeve shirt, unknown pants, blue slip-on shoes, and an ankle-length black coat. She may also have a bandage on her left wrist.

Police say Patterson has a cognitive impairment and may also be in need of medical attention.

If you know where Patterson is or have seen her, you're asked to call the Norfolk Police Department’s non-emergency number at (757) 441-5610.