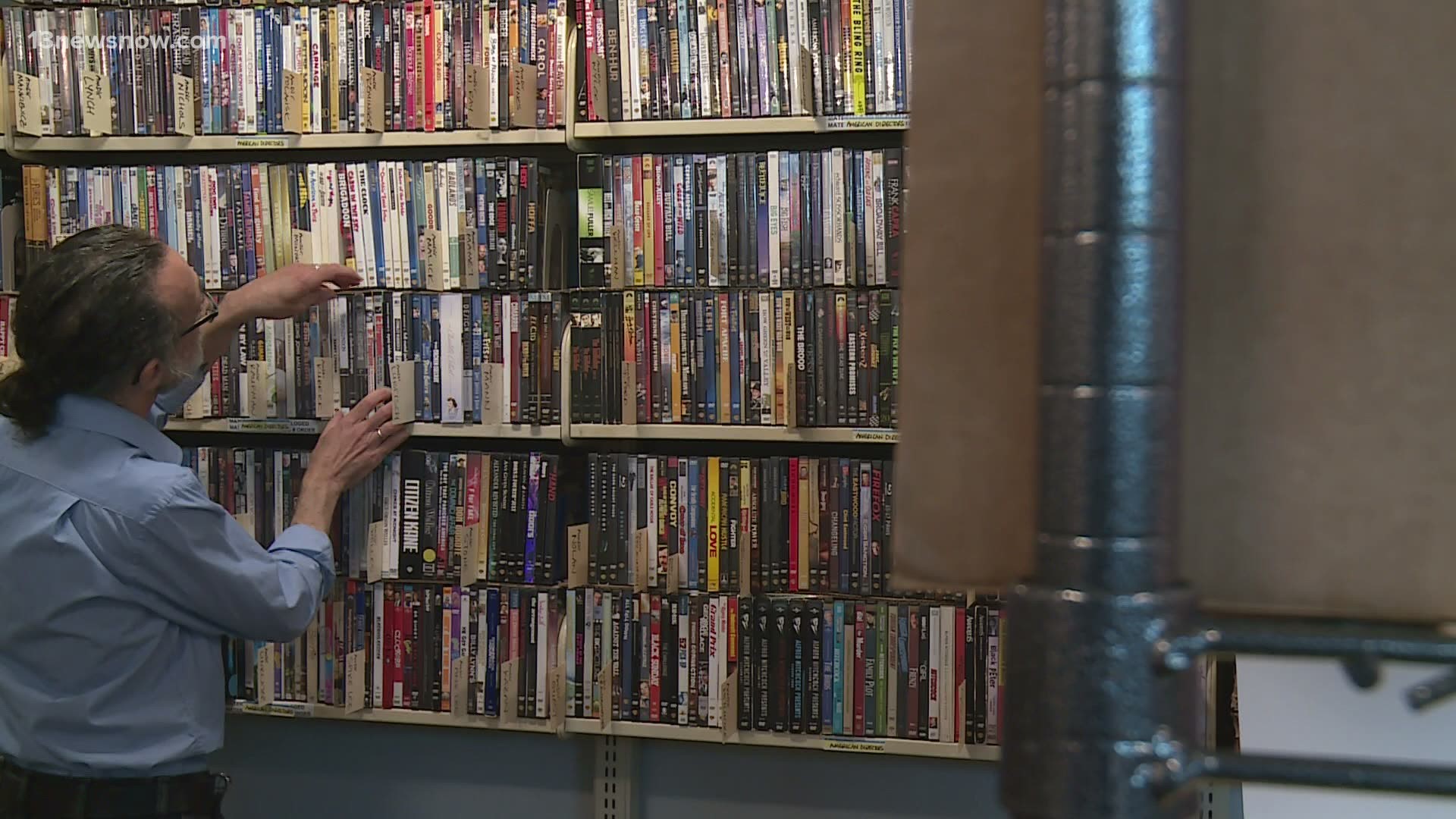 The longtime video store, one of the last of its kind in the area, closed its doors in 2019. But the owners worked out a deal with ODU to keep the massive film collection intact.

“It was very important to them that everything be accessible,” said interim University Librarian Stuart Frazer. “Not just to the ODU community but the greater community.”

A team has already cataloged most of the films -- many that you can’t find on streaming services -- so the focus is now figuring out the best way to showcase them. Frazer says they plan to have a designer involved, and they have already blocked off space in the library for their future home.

Frazer envisions a meaningful place for collaboration, student film contests, a resource for other local universities, and a catalyst for ODU’s burgeoning film program.

“I love the idea of our students having the chance to deep dive into things they might not otherwise,” said Frazer.

They hope to have the collection available to the public in the next 18 months.