The artists said they wanted to paint something that reflects the current climate and will inspire others to take action. 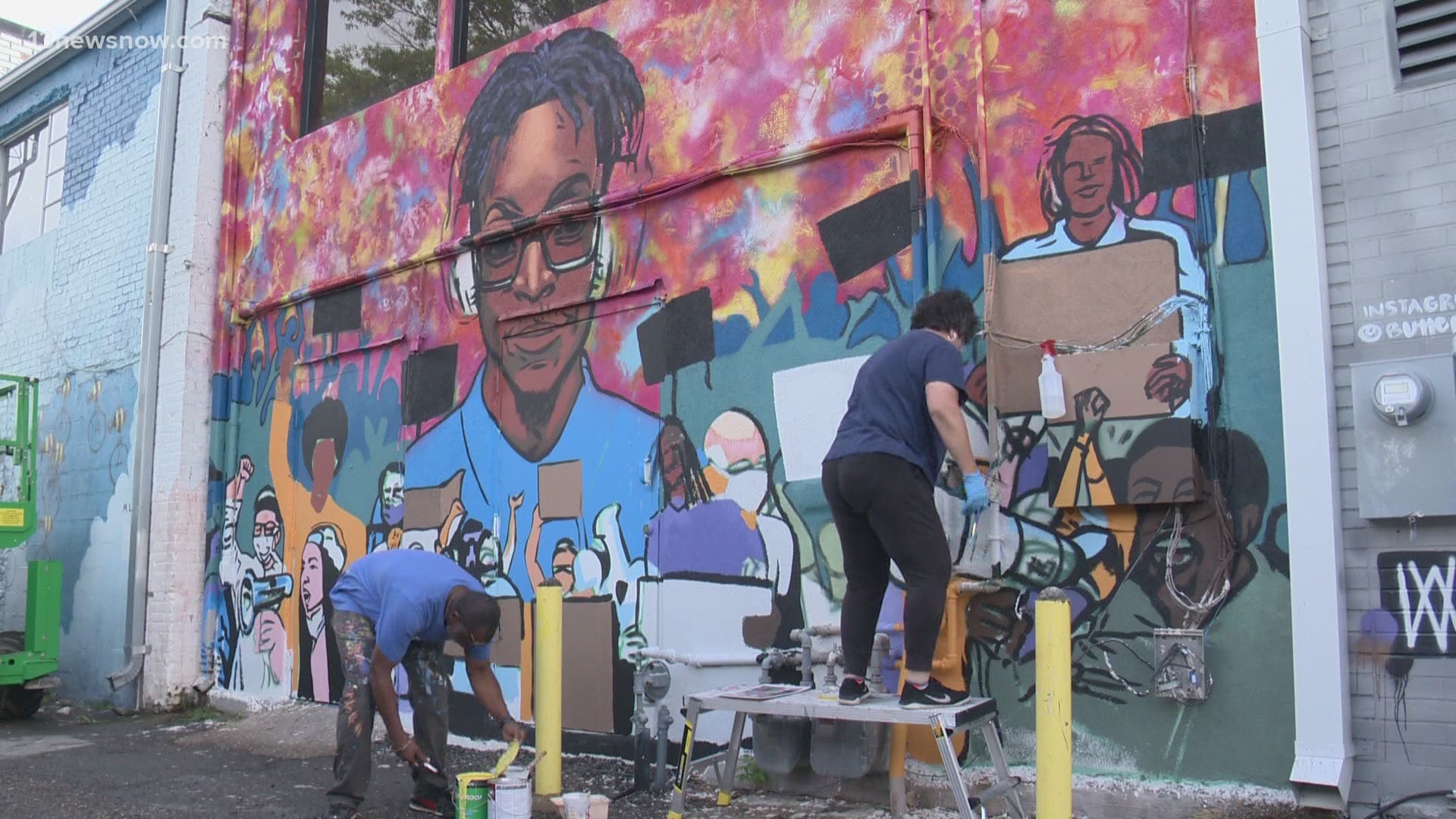 Artists Clayton Singleton and Nicole Harp are fine arts teachers at Norfolk Public Schools—each with their own portfolios of professional work.

They’re behind the mural which is a work-in-progress. It depicts the calls for racial equality, heard across the country.

“This is so everyone can recognize that these are some truths that we live with every day and we’ve been living with these truths for centuries," Singleton said.

Harp added, “Since the beginning of time.”

When it’s all finish, it will feature a group of diverse activists.

“If you notice there are a lot of megaphones in the image, those are about people’s voices," Singleton said. "When you can erect your voice and be heard, then you can be seen, and then one can take action.”

The mural is in Norfolk’s Neon District, in an alley behind O.J. Wholesale.

“This is kind of the future, all the colors, all the possibilities, the vibrations, the energy, the souls," Harp said. "They’re floating up, they’re coming in. How we’re all connected.”

Singleton and Harp say they wanted to do their part to speak out against racism.

Harp added, “It wouldn’t be built.”

They also want to inspire others, including their students, to push for change.

“I’m hearing from them how they are outraged," Harp said. "I’m hoping this helps them to understand they have a voice, they can find a way to communicate their feelings.”