"One is too many, 15 is unacceptable," Transit Dept. Director Amy Inman said about how many pedestrians are killed on average each year in Norfolk. 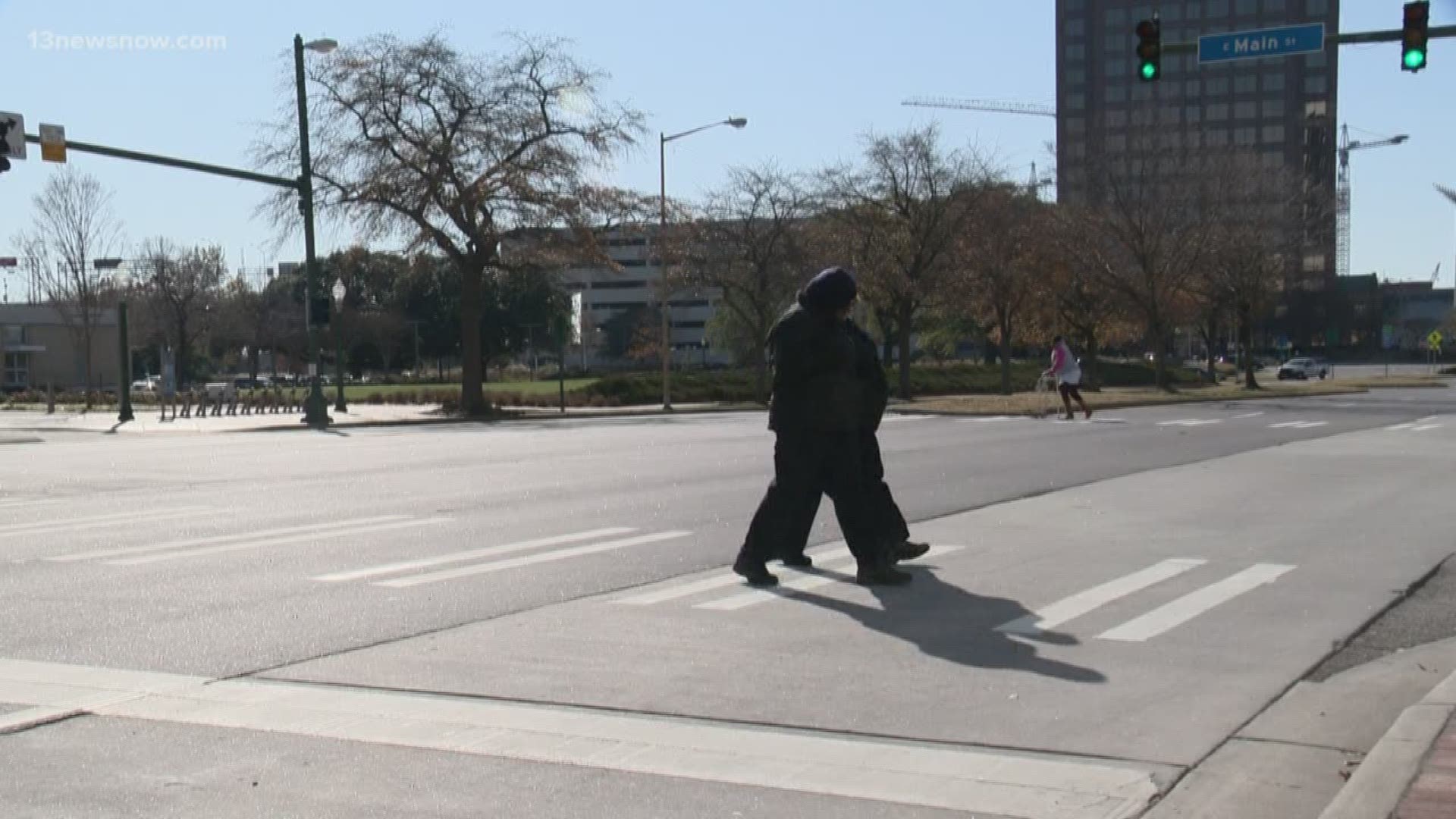 NORFOLK, Va. — The next time someone crosses a street in Norfolk, they may be a little bit safer. The city has adopted an initiative to eliminate all traffic fatalities, particularly pedestrian and bicycle.

Right now, 15 pedestrians on average are killed in Norfolk each year.

"One is too many, 15 is unacceptable," Transit Dept. Director Amy Inman said.

Renee Pullie, a 62-year-old woman, became part of that statistic on Nov. 23. She was hit and killed by a driver who fled the scene at St. Paul's near Scope. The driver still hasn't been found, according to police.

Her death and the 14 others are the reason city councilors took action just days later to change the status quo.

"I have to say, after the death of a pedestrian this past weekend, this is so timely," Councilmember Courtney Doyle said at the Nov. 26 formal meeting. "I completely support this Vision Zero."

"Vision Zero started in the 1990s in Sweden, and it was really a movement of people coming together to help reduce and eliminate fatalities as it relates to traffic," Inman said.

Inman is leading the charge on Norfolk's streets. The initiative came to the U.S. years ago and has since been implemented in several major cities.

It's changing how drivers, pedestrians and public transportation users get around. Now it's in Norfolk.

"As we develop our multi-modal transportation master plan, we'll have these as our policy framework and our guiding principles," Inman said.

Every city has different needs, with solutions ranging from reducing the speed limit on certain streets to dedicated and vibrant-colored bicycle lanes.

So far, the city has changed the crosswalk timing at three intersections. Those intersections now have dedicated windows of time for people to cross without any traffic movement.

"I'm very excited. I think the city of Norfolk is a leader in this and thinking about having a holistic, multi-modal transportation system," Inman said.

That multi-modal transportation master plan she referenced will be crafted early next year, and 13News Now is told there will be opportunity for public input.

Citizen engagement is a big part of Vision Zero, asking people what they need from the city.