Norfolk's mayor is among those drumming up support for a proposed casino resort, ahead of an upcoming referendum on the issue. 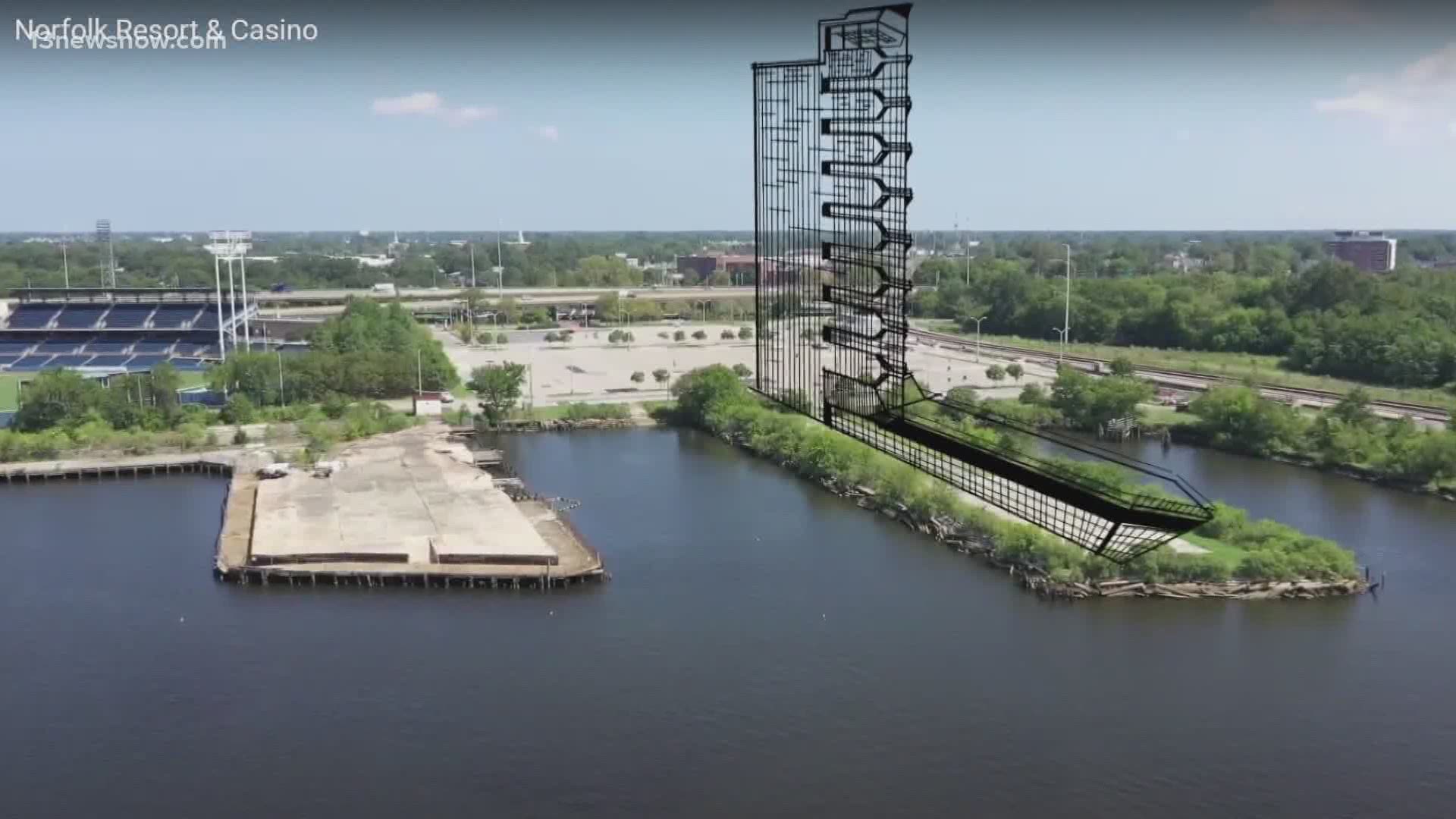 NORFOLK, Va. — Supporters of a casino resort in Norfolk officially kicked off their "I'm all in" campaign to drum up support for the issue.

Norfolk Mayor Kenny Alexander and Delegate Jay Jones are among those standing behind the Pamunkey Indian Tribe, and pushing for voters to support a casino in an upcoming referendum.

“This $500 million project will be part of the long recovery from one of the greatest hits to the economy in our lifetime," Gray said. “This city, the people who live here, and even my tribe need this project now more than ever.”

But the announcement of a new campaign wasn't the only big news on Monday morning. Gray also announced a big donation toward building a new grocery store in the St. Paul’s neighborhood.

That area became a food desert after the only grocery store in that area closed down, earlier this summer.

Gray said the donation and plans for the casino resort show the Tribe's commitment to Norfolk.

Here are the benefits of a casino, according to the campaign: It’s a $754 million economic impact for Norfolk, and Norfolk will scoop up $30 million in tax revenue.

Supporters say the casino will create more than 4,000 jobs, with 2,000 of those jobs being temporary construction jobs.

It will also attract more than six million visitors every year.

“Other states that surround Virginia have gaming, our citizens leave on a weekly basis to spend their money," Delegate Jones said. "We’d like to make sure they can spend it here in the city of Norfolk so we get all of that wonderful tax revenues, wonderful economic benefits that this project will bring.”

And building the $500 million casino won’t cost taxpayers a dime.

“This would be the first project of this kind to be financed without taxpayer subsidy," the mayor said. "And the land for this project will be purchased at full market value.”

He said the casino has the support of the majority of city council.

The referendum is on November 3rd.