"The City of Norfolk continues to work hard to mitigate violence, to help its victims heal, and address the factors that influence violence in our communities." 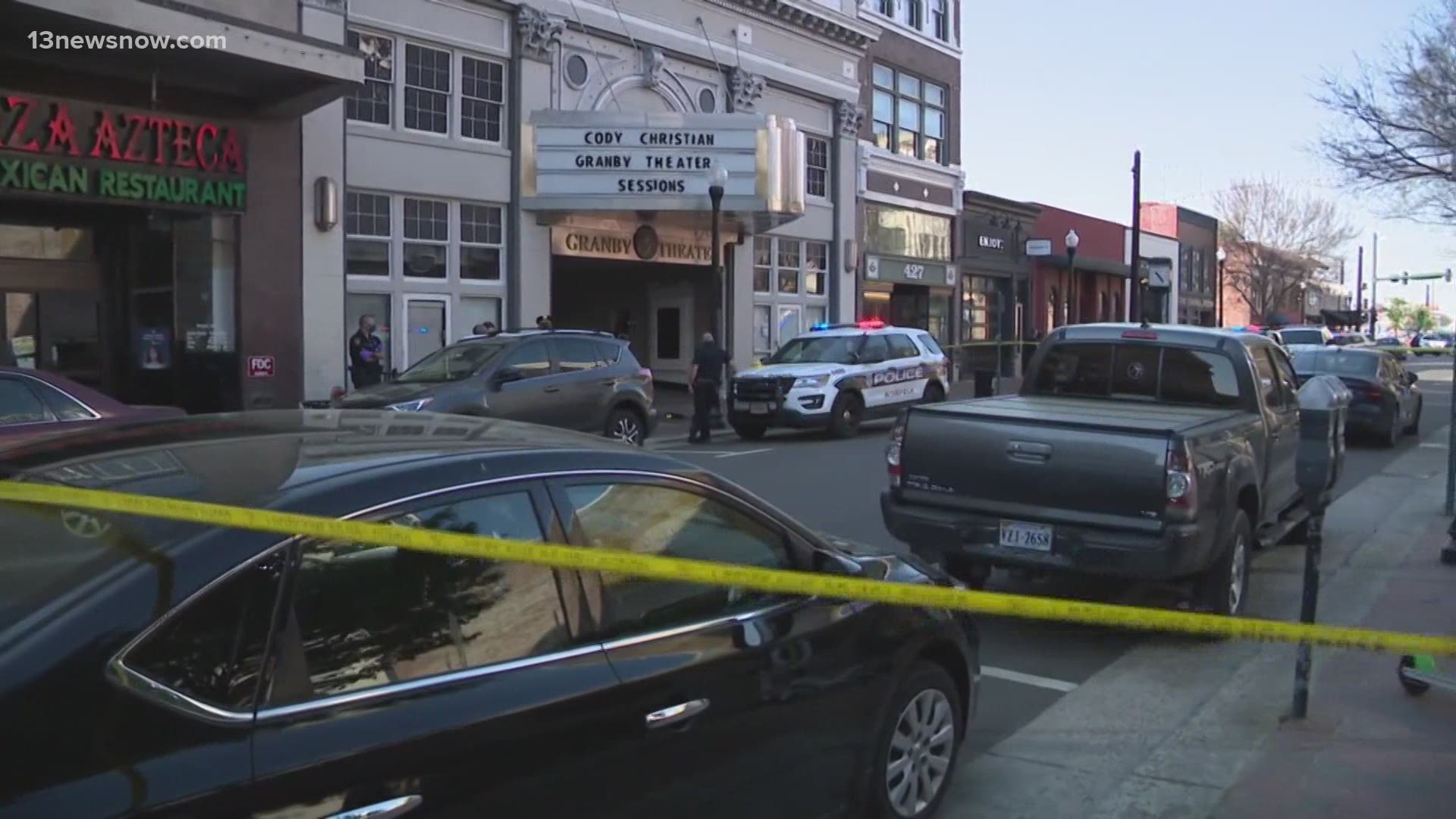 NORFOLK, Va. — City of Norfolk leaders responded to a double shooting in downtown Norfolk on Wednesday. Mayor Kenneth Alexander sent out a statement explaining the city works hard to mitigate violence and help its victims heal:

“Each instance of violence in our city should be cause for collective concern and should not be accepted in any community. This incident is under investigation by the Norfolk Police Department, and we look forward to its resolution. The City of Norfolk continues to work hard to mitigate violence, to help its victims heal, and address the factors that influence violence in our communities. This has included proactive engagement with our youth, providing employment services and skill development for young adults, and expanded community policing. Violence affects all of us, and we look forward to continuing to work with everyone to address it," said Alexander.

On Thursday, the Granby Theater staff were outside the business cleaning up shattered glass. At least one bullet when through one of their doors during the shooting.

Norfolk Police said the shooting was reported just after 4 p.m. and they found two men with gunshot wounds. Police explained the two men were walking across the street when a car drove by and someone started shooting.

Now, police are looking for a white Hyundai Genesis. Investigators believe this is the car the shooter was in.

“It caught us off guard very much in this office," said Downtown Norfolk Council President and CEO Mary Miller.

Miller said this kind of incident doesn’t happen often. Miller said her group is working with the police, and they hope to find the shooter.

“We don’t have public cameras in our downtown but we’re very fortunate that we have a significant number of private businesses and building owners who have installed cameras," said Miller.

Business owners in the area heard the gunfire too.

“One of the Bonaire team members was out on the sidewalk trying to get business in and he said he heard six shots," said Granby Street business owner Mike Kindle.

“The Norfolk Police Department is committed to guarding the safety of those who live in and visit all areas of our City, said Chief Larry D. Boone. As recent events illustrate, no area of our city or in Hampton Roads is immune to gun violence. Hope deferred makes the heart sick. Hampton Roads has a problem with guns getting into the hands of those who have lost hope. I want to underscore these are not random shootings, but shootings committed by selfish individuals with no regard for the sanctity of life. We, MUST come together as a community to address this very serious public health issue," said Boone.

Police say this was an isolated incident and two guns were found at the scene.

“I hope the two individuals that were injured in the incident yesterday make a full recovery and again I hope the police department can quickly identify and arrest the suspect," said Miller.