Norfolk community connects through 'hearts in a window'

People in one neighborhood found a way to come together, despite the social distancing. 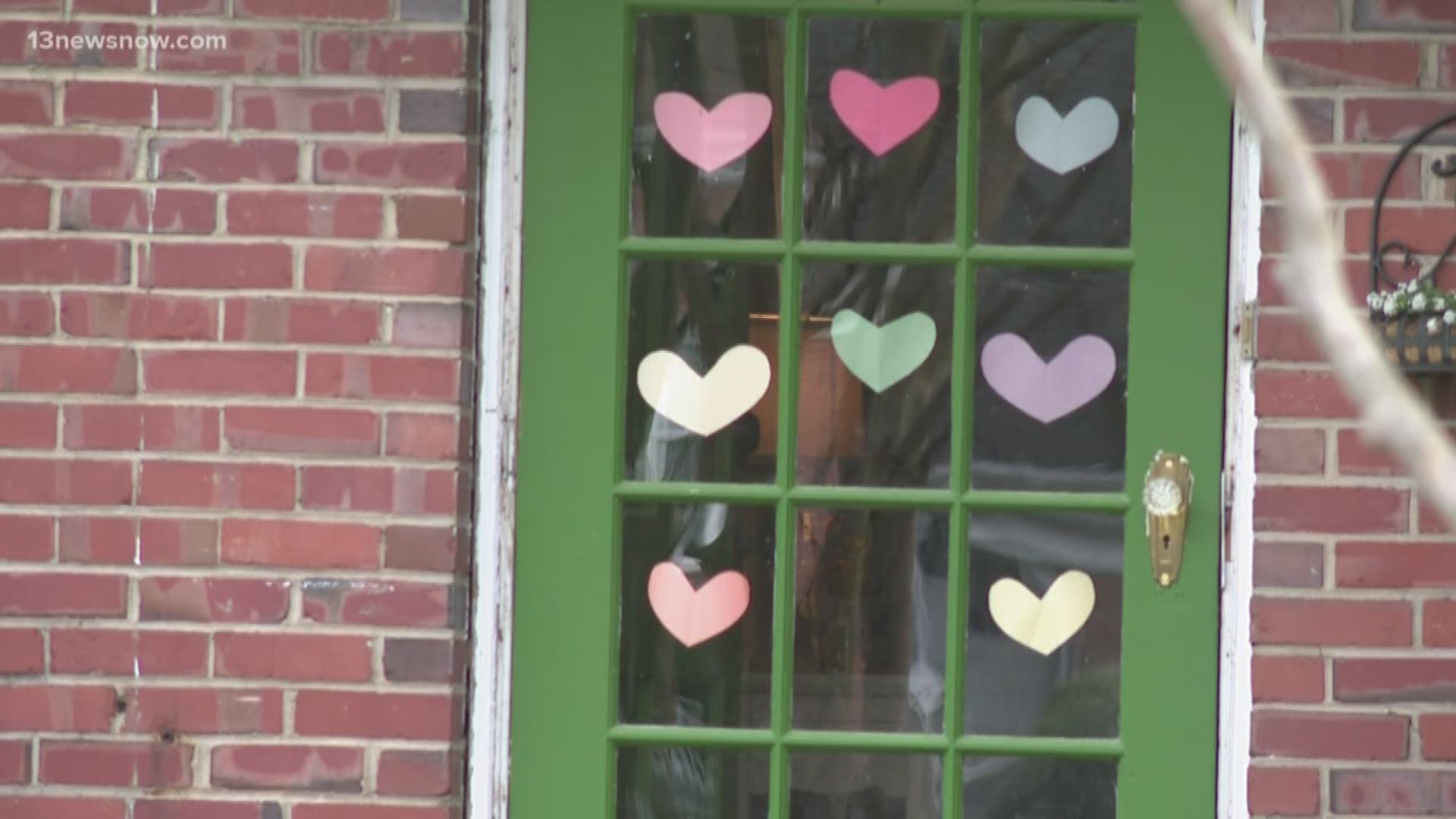 Even though the COVID-19 pandemic has limited a lot of people to their homes, residents are building connections in a unique way. They’re putting heart decorations on their homes as a sign of support for one another.

“It kind of shows that everyone is in it together,” Kyle Seibels said.

“The first walk there was probably 35 to 40 houses and now there’s probably double that.”

Kyle Seibels and his wife Tory joined the initiative after going for a walk in their neighborhood and seeing the decorations.

“We go on a lot of walks really because there’s nothing else to do right now," Tory Seibels said.

"The first couple of days we saw, it was really something to look forward to. When we saw more people doing this, it was like: I want to join in on this.”

They also read about it online. It’s called the “Hearts in the Window” initiative.

Kyle Seibels explained: It started on Facebook and quickly spread, becoming a global effort by those affected by COVID-19.

“I found out there were worldwide pages where kids all across the world were doing it," he said.

"And then I have a nurse friend of mine who said a lot of nurses were doing it to support their efforts as well. I feel like it tied in a lot of different people together.”

They got their decorations up, with a little help from their one-year-old daughter Nora.

“It’s kind of an unknowing, uncertainty I guess where not everyone knows exactly what’s going on so it kind of brings some comfort,” Kyle Seibels said.

The couple explained it’s all about connecting with others.

"It’s nice to bring people together in a fun way.”

RELATED: VIDEO: Boy and grandfather 'want to break free' while jamming to Queen on video chat

RELATED: 'Baby Shark' released a song about handwashing and it will be stuck in your head forever