Some businesses will put stickers on windows that inform people of the zones. About 50 new sidewalk decals are also coming to certain neighborhoods. 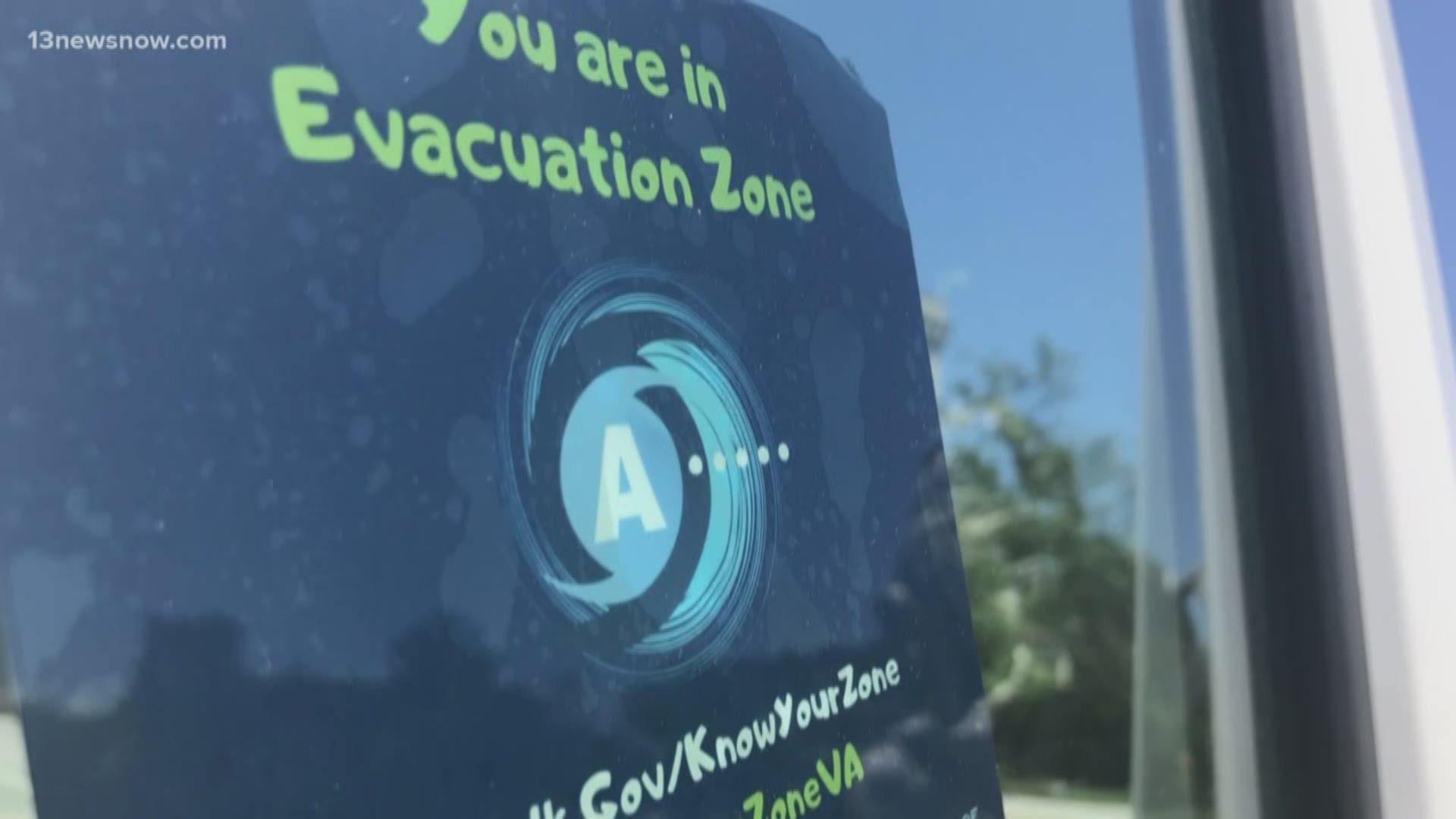 The "Know Your Zone" campaign has two new features Norfolk residents will see in the coming days.

Norfolk Emergency Preparedness & Response has teamed up with businesses to promote the campaign. Some will put stickers on windows that inform people of the zones.

The Chrysler Museum of Art plans to put the decals in the visitor center.

"I think it could help because it will remind people this is something we can't ignore," said Director Erik Neil.

Neil and his staff took measures last year after a mandatory evacuation was issued for Zone A as Hurricane Florence neared the coastline.

"We moved a lot of artwork away from windows into more secure locations," he said.

"As we saw with Hurricane Florence last year, if you were in a hurricane zone A, you really just had to go to a hurricane zone B or C and sometimes that's just across town. Maybe across the street," said Redick.

Norfolk residents can get stickers for trashcans by contacting officials. About 50 sidewalk decals will also appear in neighborhoods soon.

You can find your zone, here.