The city said it's considering adding bike lanes to part of Granby Street from Willow Wood Drive to the heart of Wards Corner. 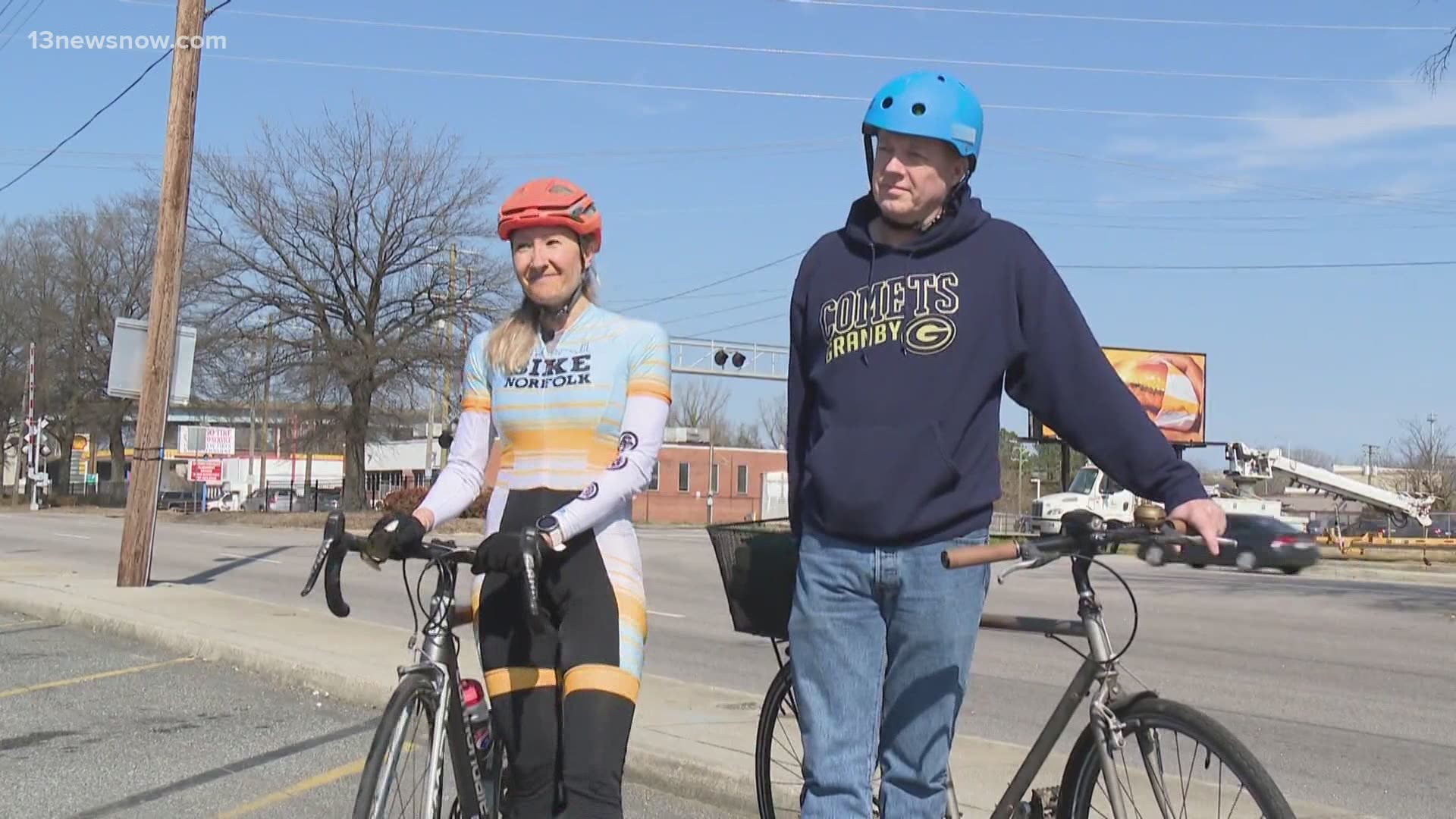 NORFOLK, Va. — City leaders said a plan to add more bike lanes to the streets of Norfolk will help with safety and traffic flow, but not everyone is ready to hop on their bicycles and get riding.

“That is insanity. I don't understand why the city would think that is a good idea at all, ” explained owner of The Pancake House & Grill, Nick Renesis.

It's clear Renesis is not for adding bike lanes in front of his business in Ward’s Corner. He said this section of Granby Street had enough wheels on the road.

He said he wouldn't mind the bike lanes in less crowded areas in the city.

“The train traffic, the base traffic, and just the amount of cars that come through this intersection every day, it's just not a good idea, ” he explained.

The area that would get the bike lanes is Granby Street near Wards Corner. Some people think it already is too congested there and that adding bike lanes only would add to that.

Norfolk city leaders think the bike lanes actually could help the area. The plan would be to repurpose a single vehicle lane in each direction of Granby and add buffered bike lanes between Willow Wood Drive and Admiral Taussig Boulevard.

Cyclists said it's a perfect plan, and they were really excited about it.

Norfolk’s Director of Transit Amy Inman said the discussion is in its early stages. If the city decides to move forward with plan, construction wouldn’t start until 2022.

“It’s dangerous because motorists don't respect cyclists. They think that they own the roads. If we had a protected lane or just a lane that was dedicated to cycling, It would make it much safer, ” explained vice president of Bike Norfolk, Melissa Seek.

Bike Norfolk is an all-volunteer nonprofit organization. Seek believes more people would pedal around town if this plan gets approved.

“I have two kids so if I could safely ride from my house in colonial place to the oceanfront - that would be perfect. I would do it every day with them in the summertime, ” she explained.

Norfolk’s Director of Transit, Amy Inman, said the discussion is in its early stages. If the city decides to move forward with plan, construction wouldn’t start until 2022.

The Department of Transit said it is hosting a virtual workshop on March 11 from 6:00 - 7:30 p.m. to explore possible bike lane options along that portion of Granby Street.

During the workshop, people can find out about the goals and timeline of the project development effort, review case studies, and explore a variety of bike facility types, such as bike lanes, buffered bike lanes, or cycle tracks.

The virtual workshop is the first of two public engagement sessions planned.

The city also will collect public input until 9 a.m. on Tuesday, April 13 through an online survey and comment map.