Stephen J. Hartzell faces up to 10 years in prison on felony charges of threatening to 'burn or bomb' House Speaker Eileen Filler-Corn. 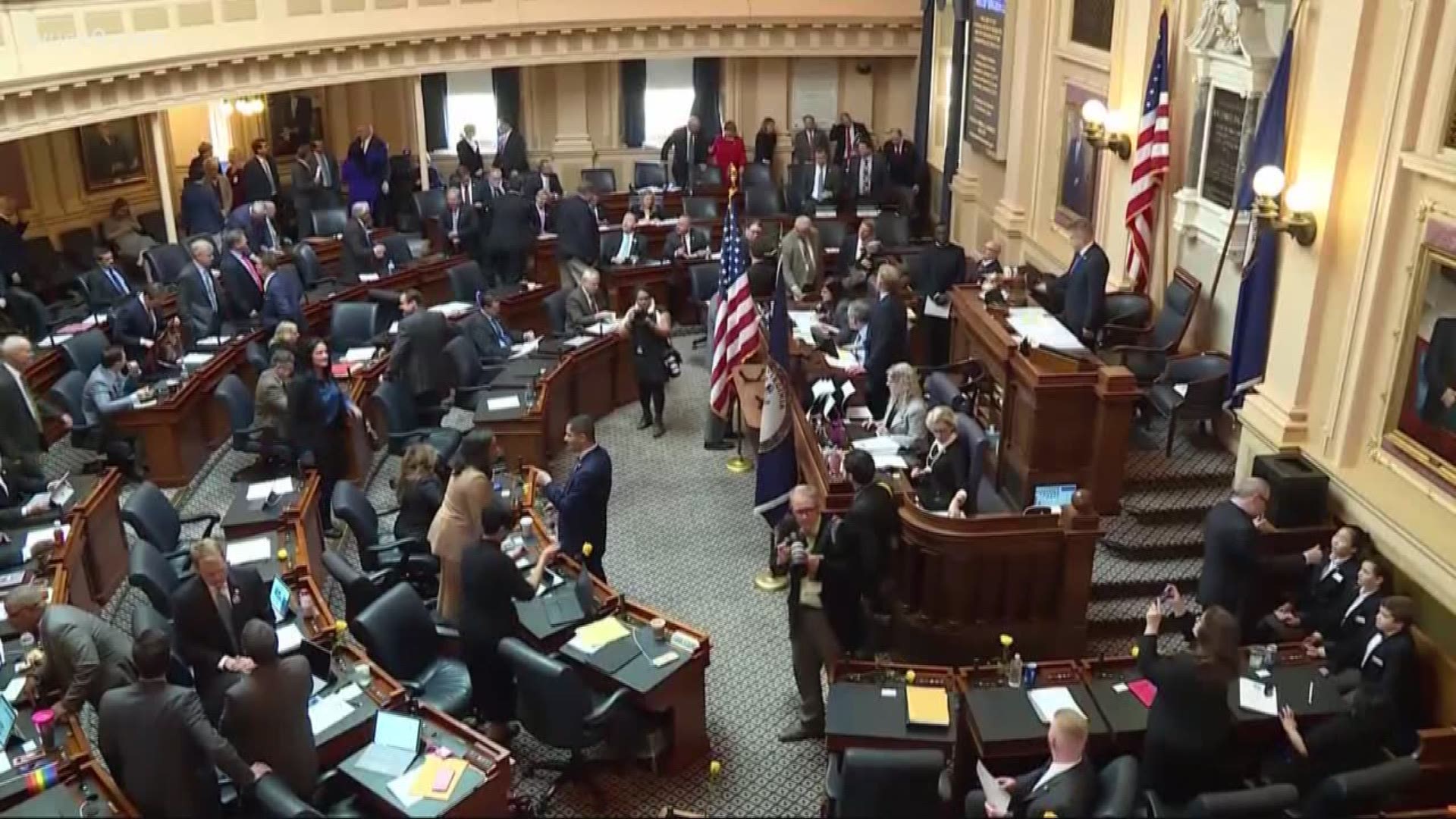 NORFOLK, Va. — A Norfolk man has been arrested on a felony charge of threatening the speaker of the Virginia House of Delegates.

Stephen J. Hartzell, 23, was arrested and charged with a Class 5 felony after he threatened to "burn or bomb House Speaker Eileen Filler-Corn in a post on her Facebook page on February 12, according to police.

Authorities said the post has since been removed, but Speaker Filler-Corn immediately reported the threat to Capitol Police.

A Richmond magistrate issued an arrest warrant for Hartzell on Thursday morning, and he was taken into custody that afternoon.

"Our government was founded on a principle of citizen participation," Col. Anthony S. Pike, the Capitol Police chief said. "Violence or the threat of it, whether aimed at those who legislate or their staff members, is not a part of that equation and it will not be tolerated under any circumstances."

Hartzell, who is a native of Fairfax, was arrested by Norfolk police, where he most recently listed several addresses.

He is being held without bond and is scheduled to appear at a hearing Friday in Norfolk General District Court.

Hartzell faces up to 10 years in prison if convicted of the felony charges. It was not immediately clear whether Hartzell has hired an attorney.

"I cannot emphasize strongly enough how seriously we take threats such as these,” Pike said. “The members of our General Assembly must be able to go about their legislative duties knowing they are free from fear of intimidation aimed at preventing them from conducting the business of the Commonwealth of Virginia."

Several Democratic lawmakers say they've been threatened this year by people upset over proposed new gun laws. A new Democratic majority at the legislature is in the final steps of passing a series of new gun restrictions.