In the past week, at least nine people have been shot in the city of Norfolk. Four people died. 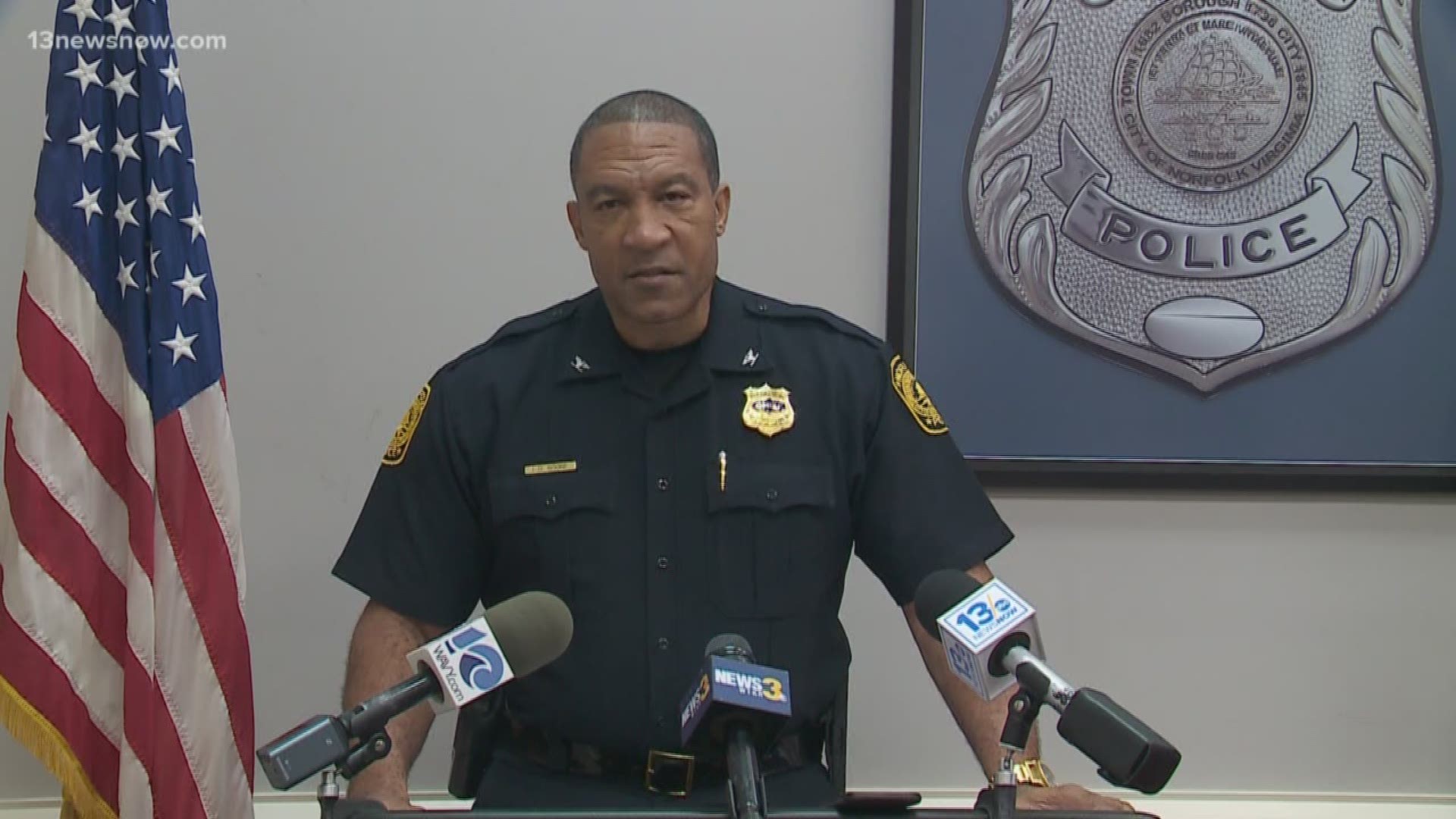 Since last Friday, at least nine people have been shot. Four of those people were killed by gunfire.

During the press conference, the Norfolk Police Chief said a new public health committee will address gun violence throughout the city. He said the violence is a "public health issue."

Chief Boone said in his 30-year career working as a police officer, he realizes that homicides greatly impact young black men. He elaborated that this wasn't an issue just in Norfolk, but in any city that looks like Norfolk.

"In Norfolk, the suspect, as well as the victim, generally are black males," Chief Boone said in the press conference. "That's generally the case in 93 to 94 percent of these incidents."

So, the committee Boone plans to start will work to target black males between the ages of 15 and 34. It will work to systematically address the issue of gun violence.

"We've tried marching, we've tried praying, wishful thoughts, and you know, at some point we gotta take a look st systems. We tend to focus on people," Chief Boone said.

Here's a timeline, going back through the week, of shooting that took place in Norfolk:

There was also a fatal stabbing in Norfolk on Tuesday. Police said it happened in the 200 block of W. Ocean View Avenue around 10:30 p.m. The victims, 50-year-old Darrell W. Long, died from his injuries.

Bass has been charged with second-degree murder and is being held without bond in Norfolk City Jail.