After much anticipation, the local men and women in blue at the Norfolk Police Department shared their lip sync battle response! 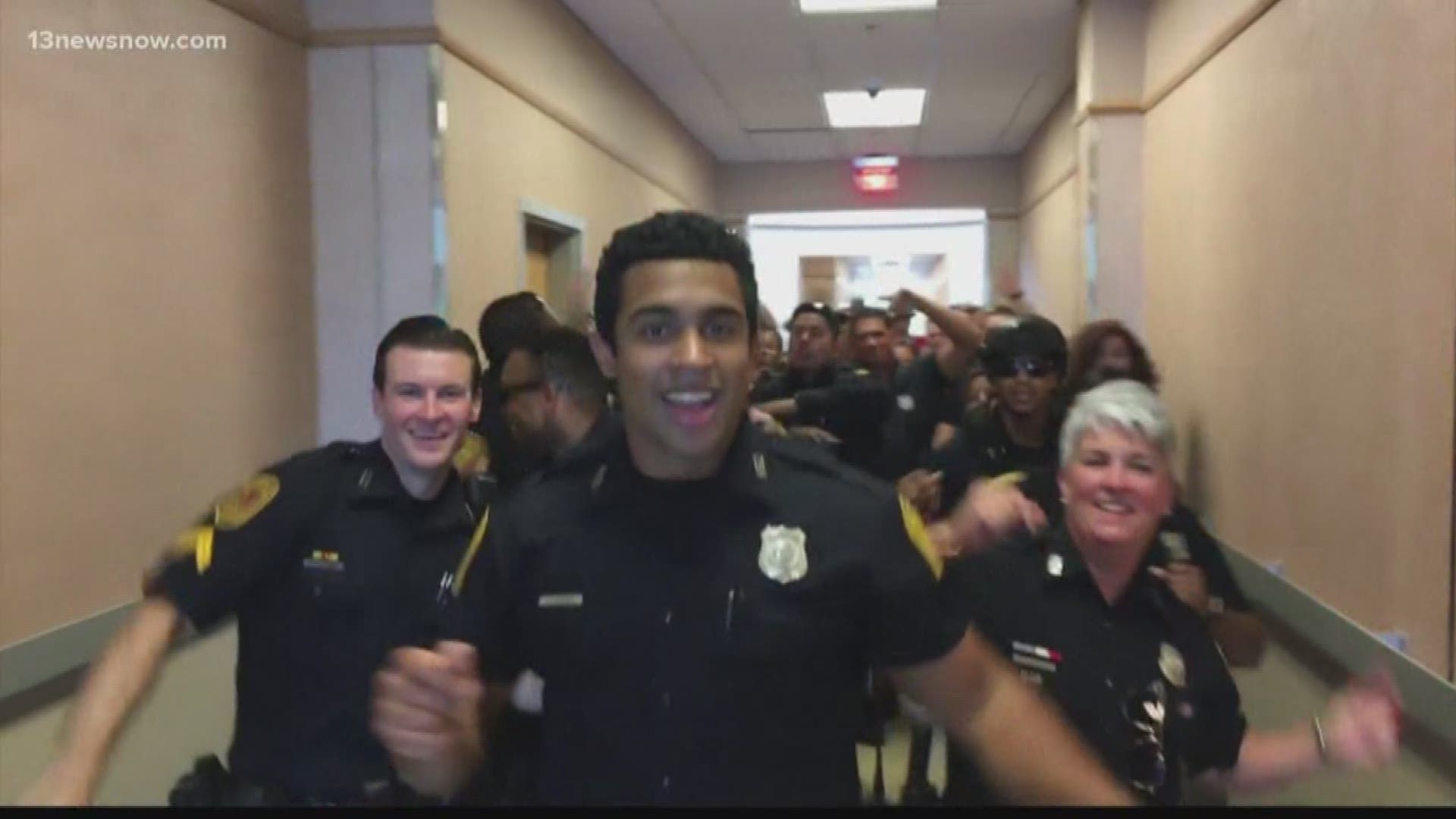 NORFOLK, Va. (WVEC) -- The Norfolk Police Department was challenged to participate in a country-wide lip sync battle, and they crushed it.

It started out as a thing in Texas, but now it's across the U.S. Police officers in cars, lip-syncing to pop songs, posting the videos to social media and issuing a challenge to the next officer.

The Corinth Police Department in Texas challenged the Norfolk Police to participate by sharing their own lip sync video.

Norfolk Police sent a response saying they were ready to take on the challenge, 'Don't Believe Me? Just Watch"

On Monday, the Norfolk Police Department again teased to the video saying they rerecorded, so the wait is almost over!

According to the Norfolk Police Department, the main officer in the video, Officer Christopher Taveras, was chosen because he most resembled Bruno Mars.

After reading a few of the comments, we're sorry to report that Officer Taveras is taken.

According to ABC, the challenge started with Alexander Mena, a deputy in the Bexar County, Texas, Sheriff's Office. On June 19, a video of him singing to "Fuiste Mala" by the Kumbia Kings went viral. The video has 1.4 million views and over 22K shares.

Other police departments across Texas and the U.S. joined in on the fun using the hashtag: LipSyncBattle.

#LipSyncBattle continues....this time with one of our own. K9 Quelle let the big dogs out on this one!! The best K9 lip sync yet!!!🐾💙 Good job HOUSTON!! #K9s4COPS #K9s4KIDS #LEOLipSyncBattle pic.twitter.com/r1OVxQ99aR

We’ve got some serious talent to share. Deputy Miller channels @CalvinHarris and “blames it on the night” because he can’t help but take a quick break to #LipSync. @PinalCSO are you up for the #LipSyncBattle challenge? #waitforit #lightshow pic.twitter.com/mFP8rV2Pqu

Our very own Officer Dorion throwing down the #LipSync challenge gauntlet. @ArkCity_Police, how do you think this will go over with KS LEOs?? @KSCapitolPolice, you started it...where you at now??? pic.twitter.com/QZZyRyTZ6p

Only time will tell how far this challenge will go.