Norfolk Police engage with the community on gun violence

Over the past two years, the Norfolk Police Department confiscated more than 1,000 guns. 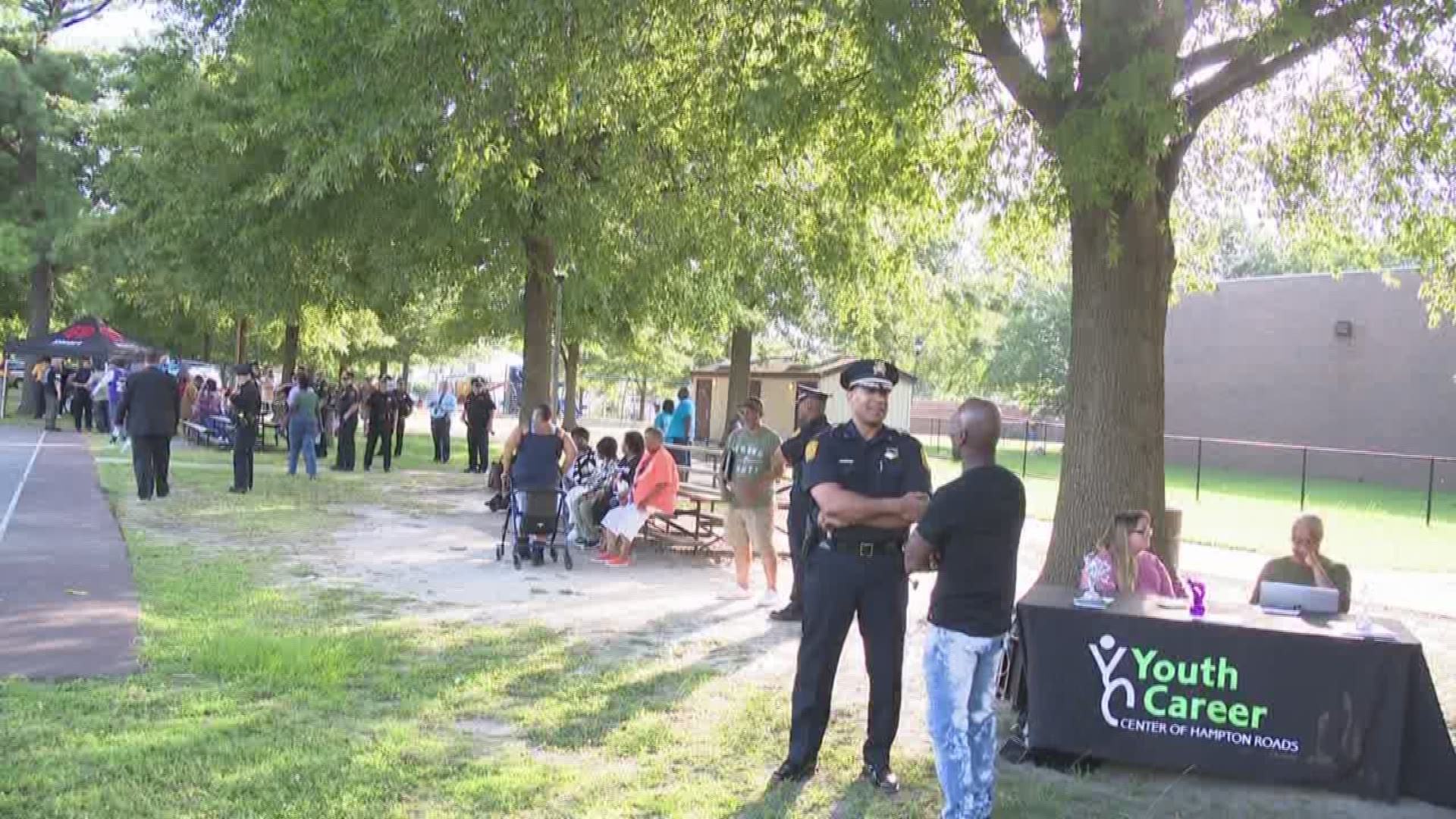 NORFOLK, Va. — Nicole Sanders loves jumping rope with her kids, it’s a nice break from some of the not so nice situations she deals with everyday living in Norfolk.

“It’s definitely challenging especially with a high schooler and coming home and talking about guns and drugs and just the violence,” said Sanders.

Sanders and her children were among dozens of families to attend a community event on gun violence at Berkley Park.

“Well it’s definitely important for the police to restore the relationships they have broken in our community,” said Sanders.

In order to strengthen that bond between community and police, Chief Larry Boone asked officers and residents to hold hands and form a circle.

“We have far too many young men dying in Norfolk,” said Boone.

Over the past two years, the Norfolk Police Department confiscated more than 1,000 guns. That gave them the idea to do a study on where all these firearms are coming from.

“The majority of our guns are purchased legally right here in Norfolk, in Virginia Beach, as well as some other cities, and very quickly these guns end up the hands of someone other than their original purchaser,” said Boone.

Boone said the majority of these guns end up in the city’s most low-income neighborhoods, where many of the residents are out-of-luck.

“They really are down on their last kernel of hope and the only thing they have is a gun, rather than a job application,” said Boone.

In order to curb this problem, there were several organizations present handing out resources to help Norfolk’s youth get on the right track, including the Hampton Roads Youth Career Center.

“They will have an opportunity to find a job, to explore colleges and volunteer opportunities as well,” said Molly Brown, with the Hampton Roads Youth Career Center.

Sanders said it’s a good start, but it’s only the beginning.

“These events are great, but you know, come knock on doors, see us, you know, talk to us like we are human beings,” said Sanders.

This was the second of four community events like this scheduled by the Norfolk Police Department.