Norfolk Police, K-9s, and the bomb squad were at the scene in the 600 block of E. Ingram Court. That's on the Lincoln Military Housing near the Navy base. 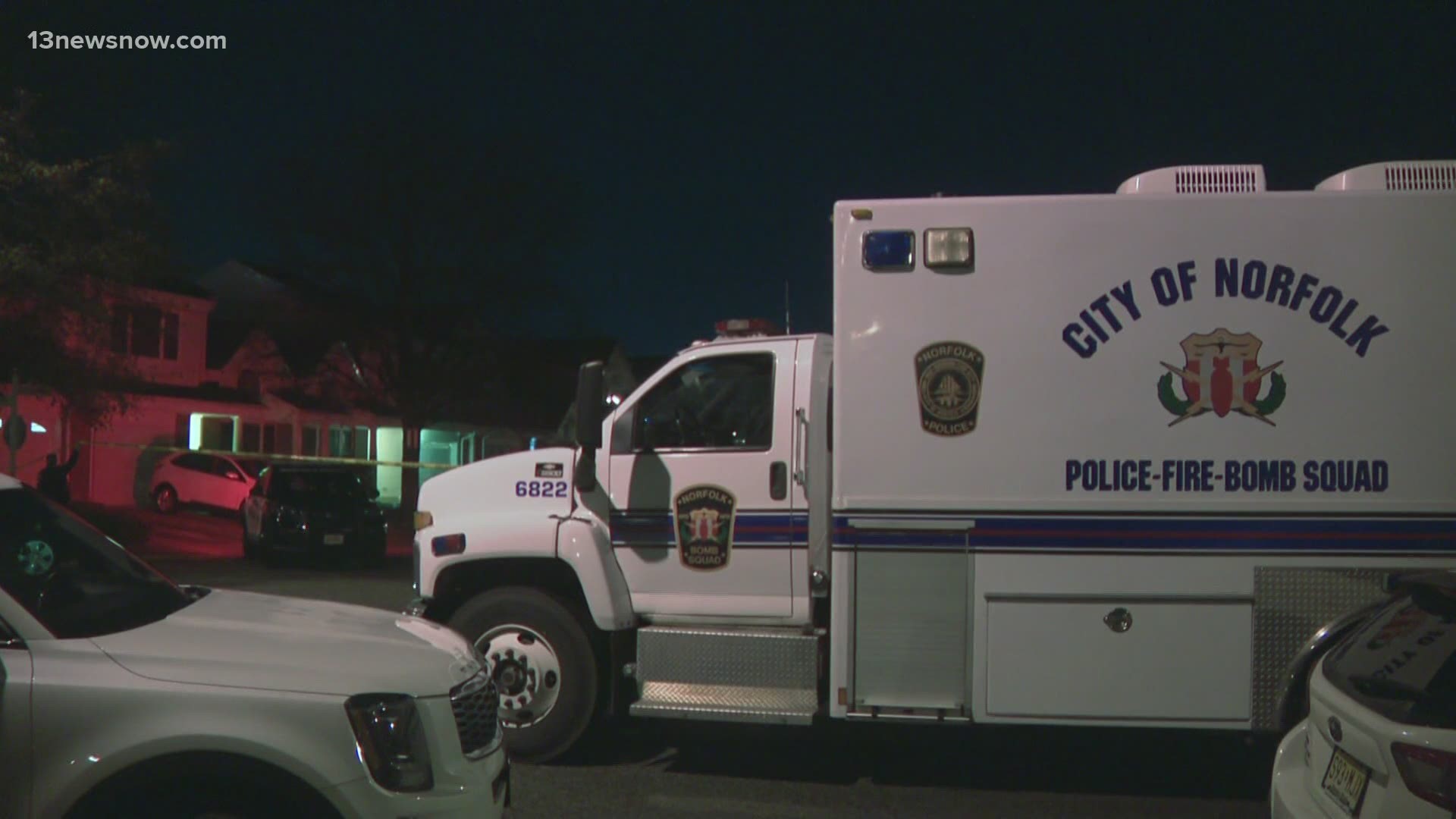 At about 2:40 a.m. Tuesday, police responded to a domestic call in the 300 block of E. Ingram Court, which is on the Lincoln Military Housing near the Navy base.

Arriving officers were unable to make contact with the person inside the home, which led to them calling in the Hostage/Crisis Negotiation Team and Special Operations Team.

Eventually, police were able to take 21-year-old Joseph E. A. Gustafson III into custody. Nobody was hurt during the incident.

Police say Gustafson III is charged with domestic assault and strangulation. He is currently being held in the Norfolk City Jail without bond.

We’re here on scene of what @NorfolkPD are calling a barricade situation and is asking everyone in the area to steer clear of this area.
We’re live with the latest on @13NewsNow pic.twitter.com/DAalpZX4p0