The lawsuit against the St. Paul's Quadrant Redevelopment Project claims that Norfolk has “a long and indisputable history of racial segregation in housing…” 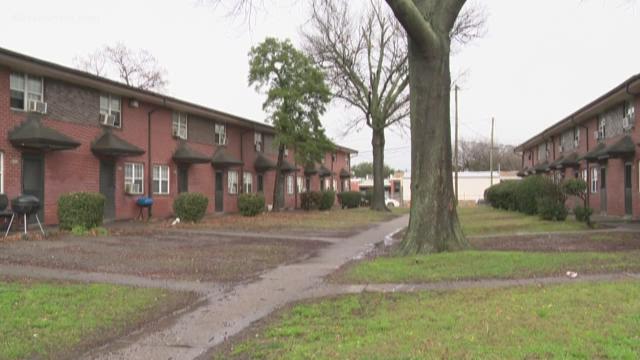 NORFOLK, Va. — The city is unfairly targeting poor, black families with its St. Paul’s Redevelopment Project, according to a lawsuit filed by Norfolk residents who live in the government-subsidized housing complexes.

The lawsuit’s plaintiffs are demanding a stop to the redevelopment project which will demolish the existing public housing and replace it with mixed-income apartments.

The suit claims the plan will harm thousands of predominantly black families by pressuring them to move out and leaving them with nowhere to go.

RELATED: Norfolk selects nonprofit to run People First program that will cost about $3 million each year

According to the lawsuit: It’s more than 1,600 units, housing around 4,200 residents. The lawsuit says about half are children and “virtually all of whom are black.”

A lot of people who live in that area did not want to appear on camera but said they have concerns about the city’s plans.

"It seems as though, it is kind of racist,” one resident said. “These are places where people call home and they don’t have nowhere else to go. That’s not right. They need to fix it, they really do."

The city has said existing residents will be given housing vouchers, placed in other housing units, and some will be allowed to move into the new mixed-income units.

“I trust them. I think they’ll take care of me, the housing authority," another resident said. "I’ve been out here for so many years. If they say they’re going to do something, they’ll do it.”

But the lawsuit says: Without court intervention, the St Paul’s Redevelopment Project will reduce the amount of affordable housing and could force poor, black families out of the city or into other poor, black neighborhoods in Norfolk.

The lawsuit claims the city isn’t building enough housing to replace all the existing units and it questions if the units that are being built, would be affordable.

The lawsuit is asking the court to stop the redevelopment plan, stop resident relocation, and to stop any planned demolition until the city and housing authority adjust their plans.

Reached for comment, representatives for the city of Norfolk and Norfolk Housing Authority said they cannot comment on pending litigation.