The trailer had all of the team's equipment and merchandise inside. 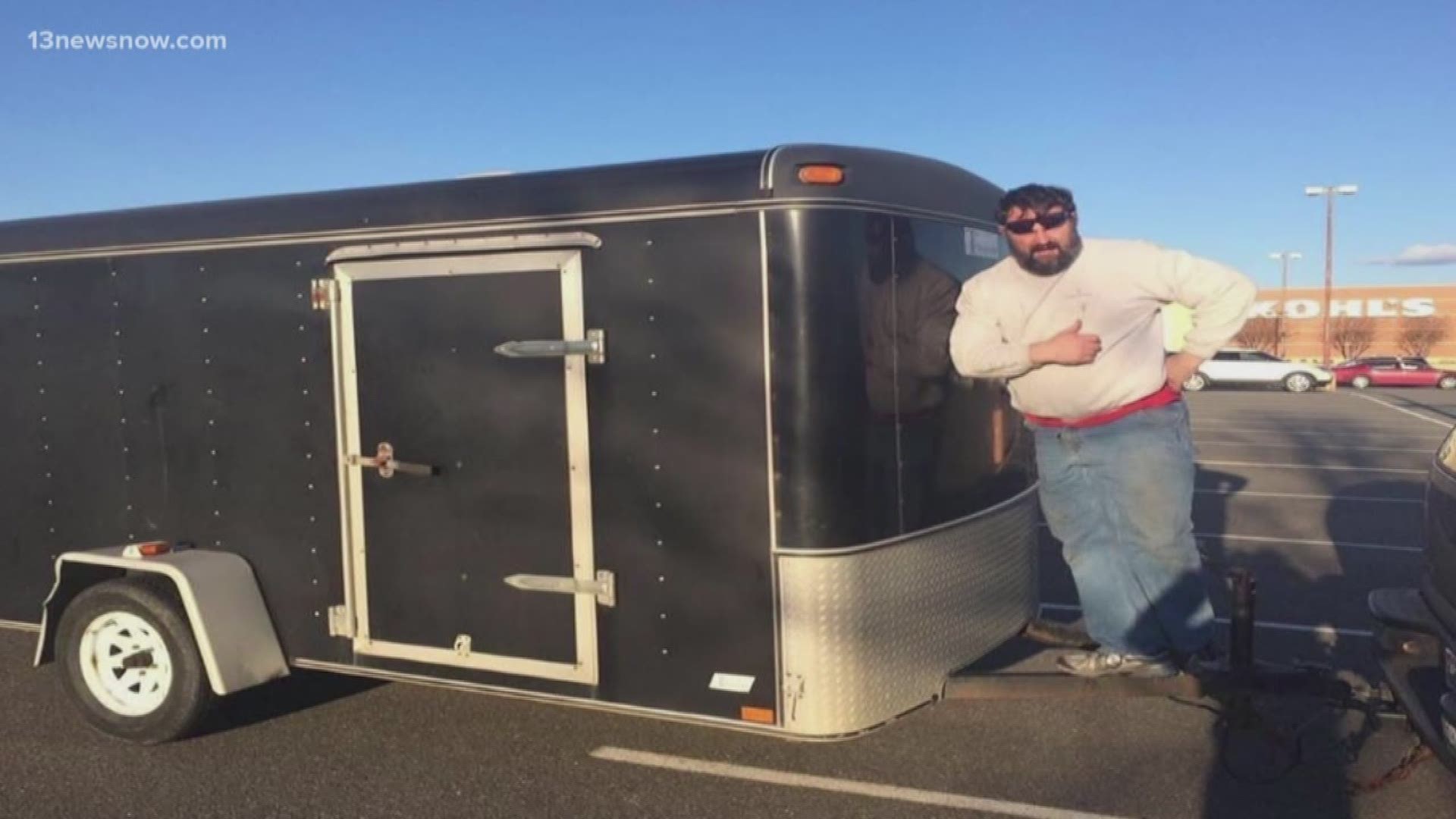 NORFOLK, Va. — The Norfolk Police Department is investigating after the Norfolk City Blues rugby team had its trailer stolen.

Members of the Norfolk Blues Rugby Club said they were stunned when they learned of the theft.

Their trailer contained more than $11,000 worth of equipment, merchandise and jerseys.

“When you don't have your equipment, everyone's morale is down and it’s hard to keep a winning spirit when you have nothing to help back you on that,” said Assistant Coach and Equipment Manager Jimmy Smith.

Surveillance footage shows a car pulling up to the trailer on Saturday, March 16 late at night. The driver attaches the trailer to the back of the car then drives off with it.

David Paradiso is president of the Norfolk Blues and said he has no idea who would have stolen it.

“Some [of the team members] have been shocked and are just kind of a bit let down,” said Paradiso.

Paradiso explained the team placed fifth in the nation last year and the trailer contained a lot of sentimental items.

“It represents everything we had,” said Paradiso. “We had trophies in there. All of our jerseys that are custom for us [were in there]. You know, to have to go out and scrounge and ask other clubs like, ‘Hey can we borrow something for this weekend?’ it brings everyone down.”

Anyone who sees a black trailer covered with rugby stickers can call the Crime Line at 1-888-LOCK-U-UP.