Norfolk city leaders say they will release aggregated use of force information by area and race, but not which officers are involved in the most use of force cases. 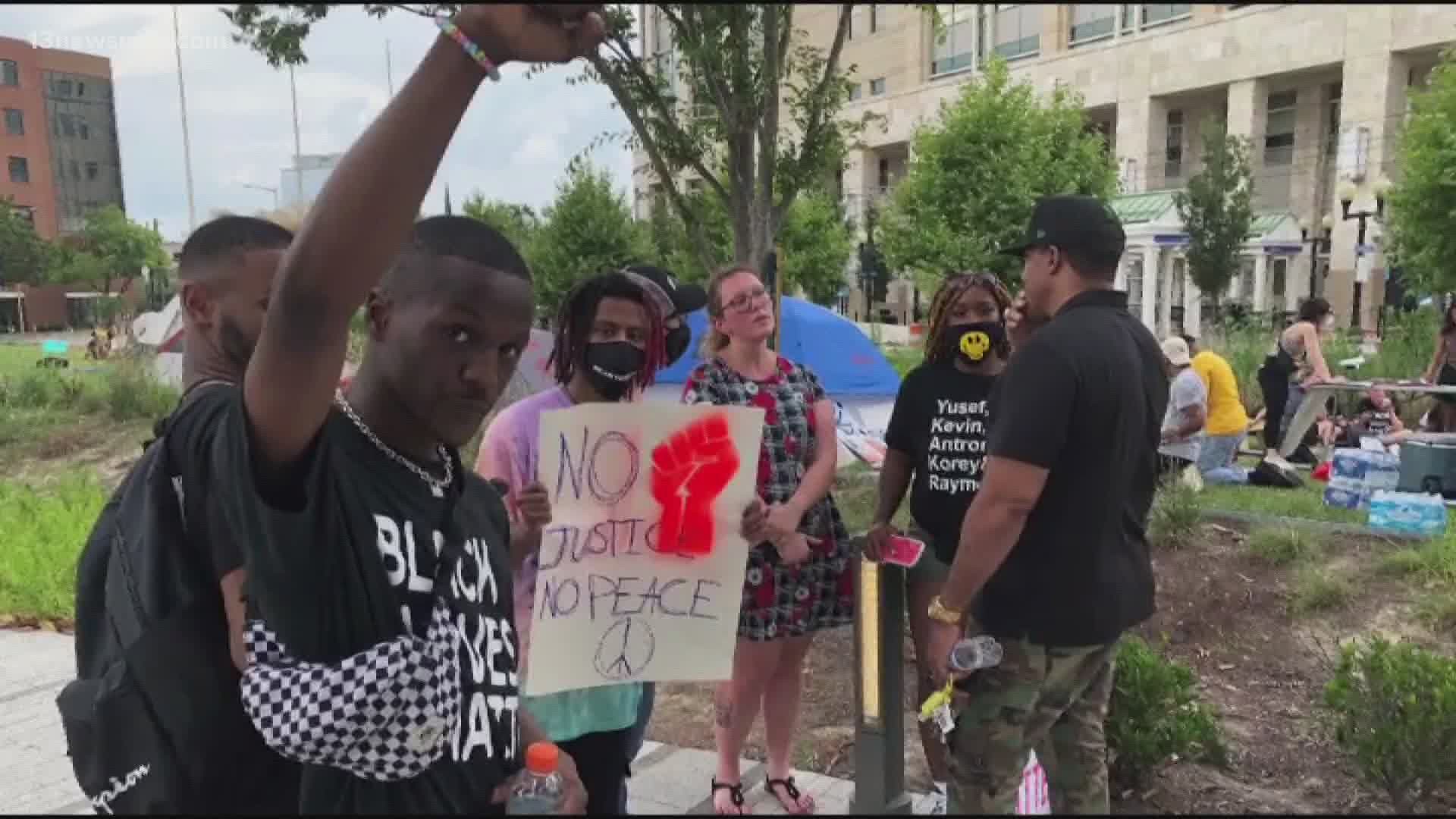 NORFOLK, Va. — In downtown Norfolk, demonstrators are holding their ground for a third day, pushing for the release of use of force records from the Norfolk Police Department.

Norfolk city leaders said they now plan to release more detailed data, including easy-to-read aggregated information and a breakdown of use of force cases by area and race.

However, the protesters and the city are still at odds over the release of information that would show which officers are involved in which use of force cases.

What if a small group of officers is involved in a large amount of use of force cases? Right now, there's no way for the public to tell.

Norfolk Police Chief Larry Boone said he would fire any officer who violated the department's use of force policy multiple times.

“If a certain officer was involved in multiple excessive force situations, said officer would not be with the Norfolk Police Department if it was substantiated. I can’t make that any clearer," Boone said.

However, despite Boone's promise, the public would need to trust that the department sticks to this disciplinary policy. There's no way for a layperson to check use of force cases by officer and potentially hold the department accountable.

This is because the City of Norfolk -- as well as many other cities and police departments -- choose to withhold these records under a discretionary exemption in Virginia's open records laws. City of Norfolk leaders, including Boone, said they won't change this policy.

"Officer personnel records, those should be suppressed," Boone said.

Protesters said this information is key to enhancing trust with the community. Some suggested using a PIN to identify individual officers on use of force reports without revealing any of their personal information.

They said this would still protect officers' identities but also allow the public to hold the department accountable for any officers who are frequently involved in use of force cases.

“It ends when there is complete transparency, because if these people are meant to serve and protect us, we need to be able to trust them," said protester Windsor Rachel. "If there’s nothing to hide, then why deny the reports?”

Boone, citing the most recent 2018 use of force data from the Norfolk Police Department, said most cases are tame, including minor positioning adjustments.

Demonstrators said they're looking to make a change locally, in Norfolk, to hopefully spark broader transparency.

“If we can’t fight for our own communities and our own backyards there’s no way we can make it on a national level," Rachel said. "So we have to start here, start with ourselves, the people around us, our city."