Norfolk State Marching Band will continue drumming to their own beat, moving performances to online and on social media. 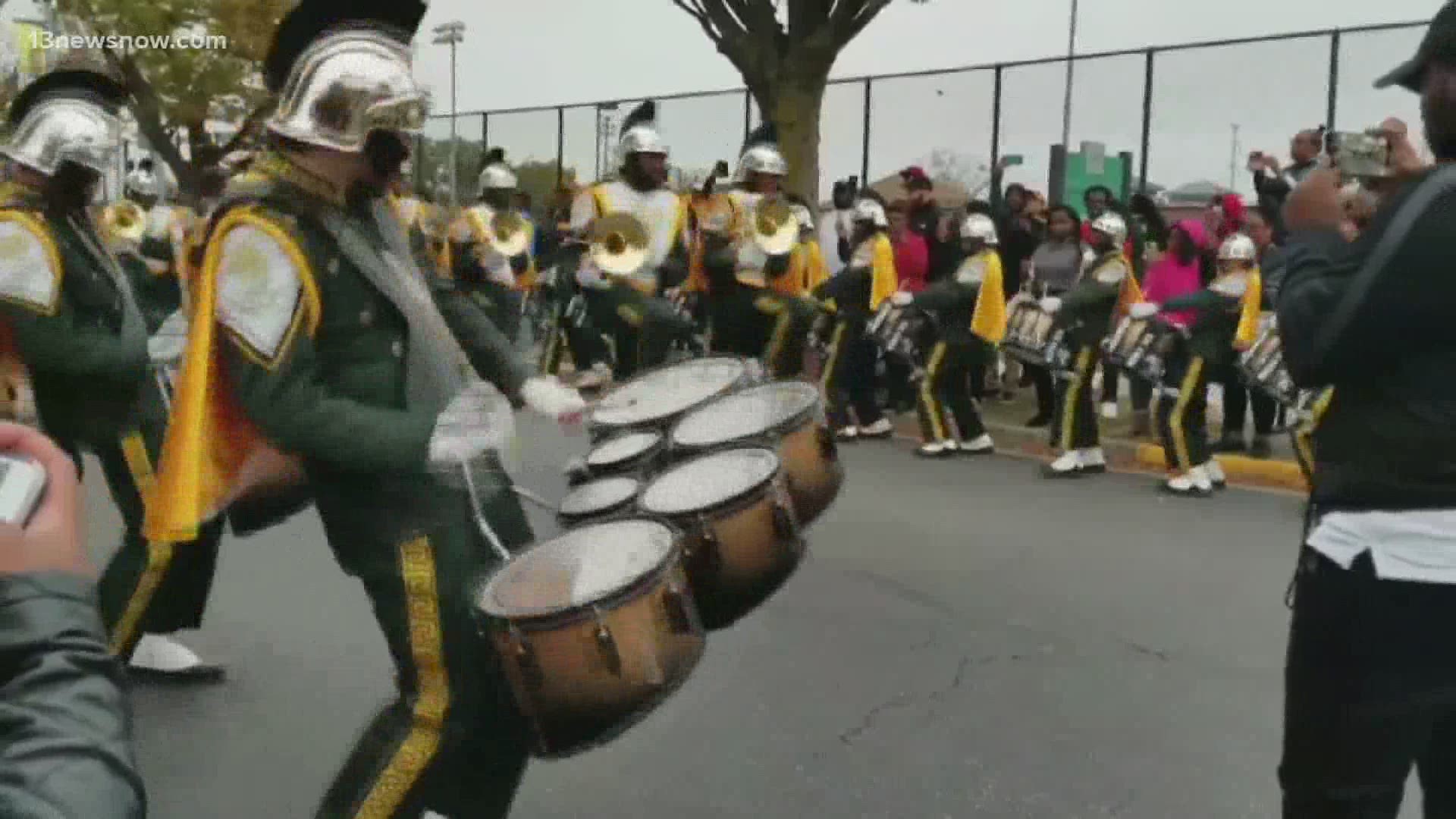 NORFOLK, Va. — It’s one of the top HBCU marching bands in the country.

The Norfolk State Marching Band is trying to keep the music alive after the Mid-Eastern Athletic Conference suspended fall sports indefinitely because of the ongoing coronavirus concerns.

“We are going to be fine. We just need to weather this storm,” explained William Beathea.

Beathea is the director of bands for Norfolk State University. He’s now in charge of figuring out how 230 musicians will play despite MEAC announcing no fall sports.

“I started band directing in 1993 so we got some years under this old belt here," he said.

The plan is to take the performances online. Beathea said his goal is to post one to two videos a week, and he said members can march to their beat because they are on their schedule.

“We won’t charge anything. I can tell you that,” explained Beathea. “When you say virtual and social media and Facebook live and things of that nature. Instagram live, we are looking at those things. We are going to be really active on social media. We plan on releasing videos once or twice a week that feature the band and feature new songs we are playing.”

What about competitions against other schools? Beathea says there’s a plan for that too.

“Another performance that may be happening in the fall which is a virtual battle of the bands with some other schools. We are working on that," Beathea said.

Fans said they are a little disappointed they cannot watch the marching band in person, but they understand.

“I will watch virtually, any kind of way I can,” explained Keith Jones.

Keith Jones is a big fan and the senior pastor at Shiloh Baptist Church which is right across the street from Norfolk State. He’s also an alumnus of the school.

“We are so proud of the university and its leadership because they have placed safety above everything else,” Jones said.