A public hearing is planned on July 7 to discuss the future of the city's 80-foot Confederate statue nicknamed "Johnny Reb." 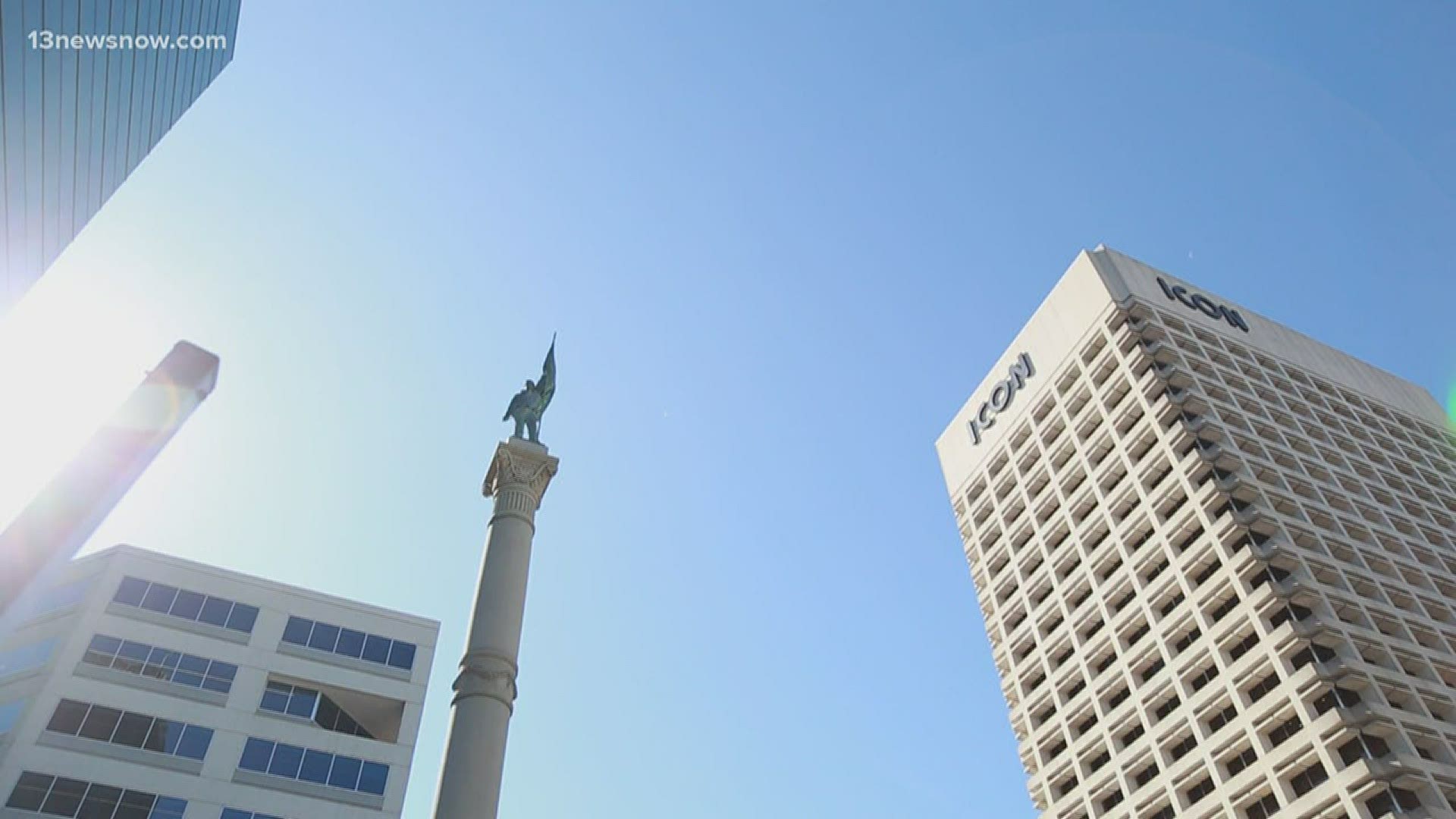 NORFOLK, Va. — Norfolk's City Council will begin to take steps in determining the future of its Confederate monument after a new law goes into effect next month.

Earlier this year, the General Assembly passed a bill that would allow cities and counties to remove or relocate war monuments in their localities. That law will go into effect on July 1.

Norfolk City Council has already said it wants to move its 80-foot "Johnny Reb" statue to Elmwood Cemetery, where there are other Confederate memorials. However, the new law also stipulates that the city must allow proposals from battlefields, museums, and other organizations that may want to acquire the statue.

The monument, located on Main Street and Commercial Place in downtown Norfolk, is a statue of a Confederate soldier that was erected in 1907.

City Council plans to hold a public hearing on the matter on July 7, although exact details have not yet been announced. 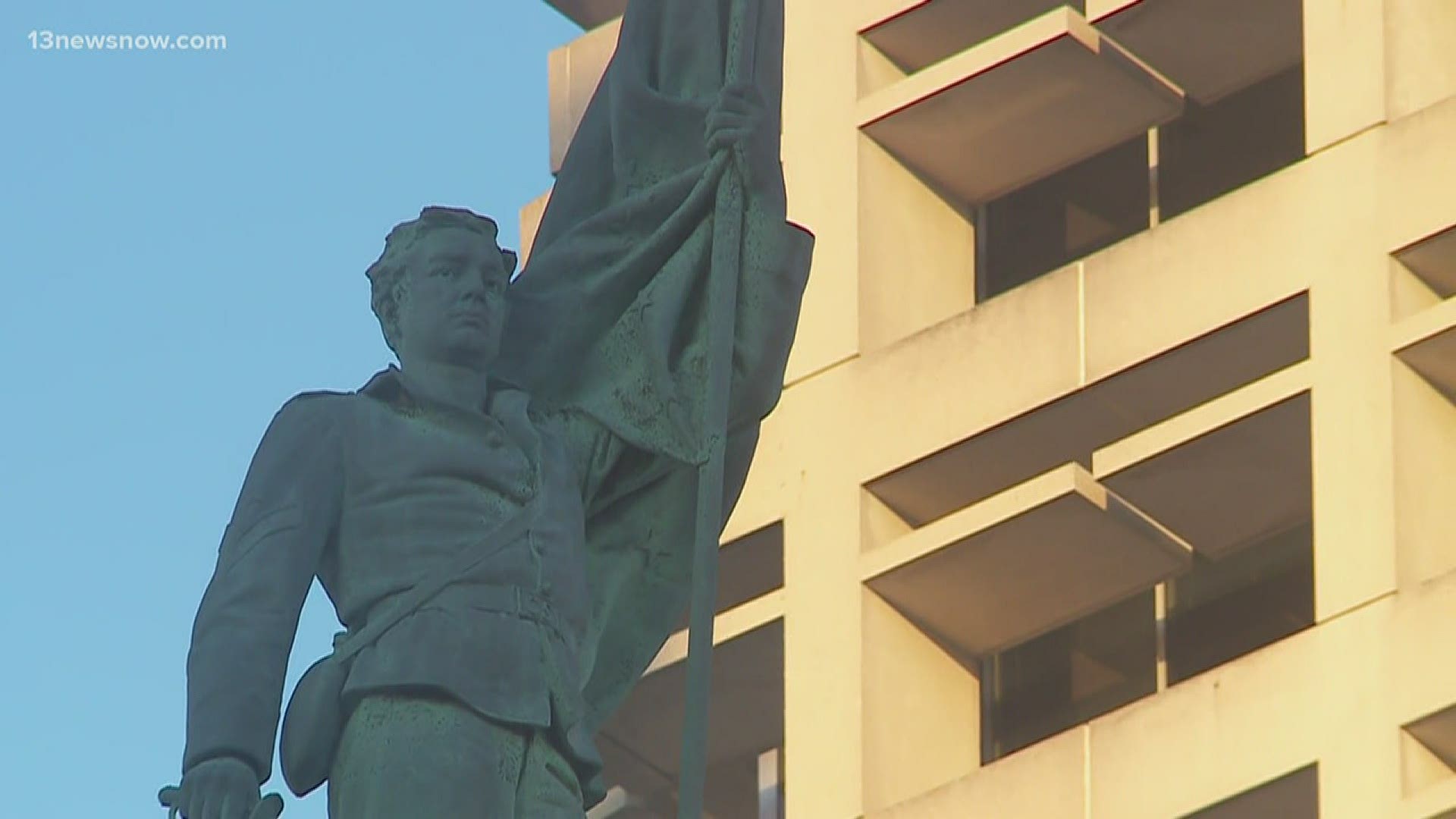 We spoke to several locals around Norfolk who shared their thoughts on whether they felt Confederate monuments around town should stay or go.

"I think it's time for them to go. I think a lot of people agree. It's way past due and either way I don't think it's a good symbol of what Norfolk represents," Joe Johnson said.

"I think it's important that we tear these Confederate monuments down. All throughout the state of Virginia there are statues and monuments that represent figures of oppression," Trevin Curtis said.

"These statues symbolize hate with the black community so I understand why they would be offended," Nick Wilson said.