This year’s theme is “stronger together.” The pandemic forced organizers to cancel last year's event. 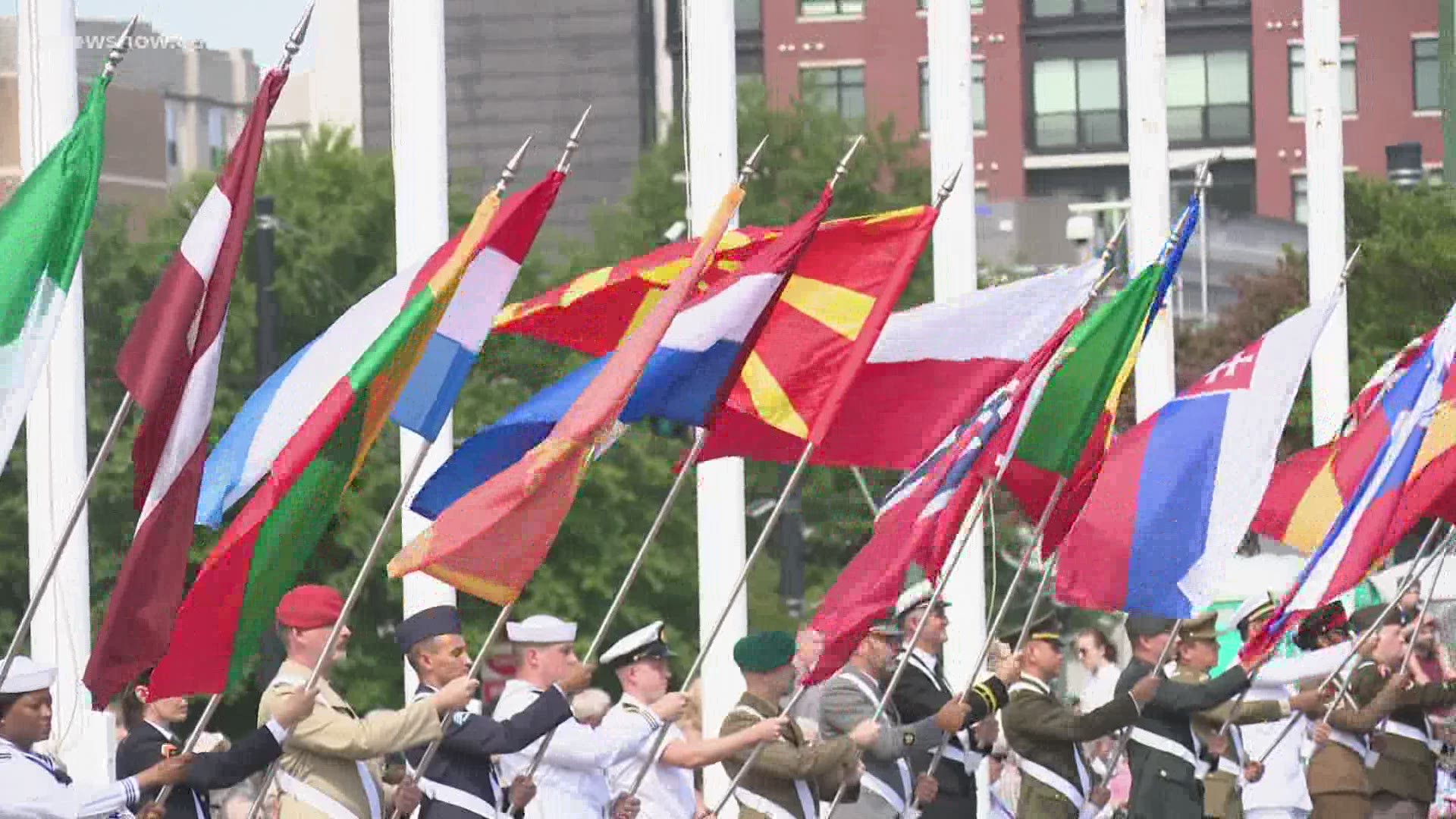 This year’s theme is stronger together, a message that as long as we stand united we can face any global threat.

“When you deploy with the various nations - deploy with the Americans, with the Canadians, all the NATO allies and partners - you see what it actually means to be stronger together," Lt. Col. George Vriniotis said. "When you work together and when you live as a community, as we do here in Norfolk, you see it first hand.”

Like many other gatherings, organizers canceled last year’s festival because of the pandemic.

Lt. Commander Paul Kempley noted: “Last year was a real challenge but we got through it together.”

Military leaders said this year is another opportunity to re-new the bond between NATO and Hampton Roads.

RELATED: After one year hiatus due to COVID-19, the Norfolk NATO Festival returns on June 5

“To be here with 30 nations, and to be so supported by the Hampton Roads community is an enormous privilege," said Vice Admiral Paul Bennet, Chief of Staff Allied Command Transformation.

For the thousands set to show up at the event this weekend, it’s about honoring NATO allies.

“It’s great," said retired marine Stan Walker. "It’s good that all the nations get together. Because we’ve done operations, when I was in the marines, with just about every nation out here.”

There was be a flag-raising ceremony at Scope Plaza from 10 to 11 a.m. There is also an International Village with Parade Float Display until 3:30 p.m.

It is the longest continuously running festival in the Hampton Roads region and the only one of its kind in the United States.