“They are leaving the church because they are skeptical because of the credibility of their leaders. They feel hurt. They feel betrayed." 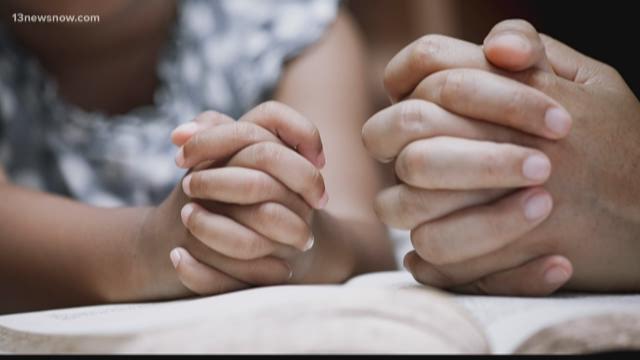 NORFOLK, Va. — Wednesday’s announcement from the Catholic Diocese of Richmond is just another reason why less and less people are going to church according to Norfolk State University Professor Aprilfaye Manalang.

Manalang and her students are currently conducting research on why minority millennials are leaving the church.

“They are leaving the church because they are skeptical because of the credibility of their leaders," said Manalang. "They feel hurt. They feel betrayed. When scandals like these happen, it weakens the relationship that millennials have to the church."

Manalang said releasing this list of names is a much-needed step toward transparency.

“I do think though, that acknowledgment and taking responsibility for these scandals, is a very important aspect for healing and reconciliation for the church broadly," said Manalang.

However, she also said it could be too little too late, considering these crimes go back decades, many of the clergy named are dead or long retired.

“I imagine that there will still be people who will still be skeptical even if they make amends because this has been covered up many years already now,” said Manalang.

She said, as for the actual victims of abuse, it’s got to be a time of mixed emotions.

“I imagine it will have an ambivalent affect. On one hand, it opens old wounds, but on the other hand, there is some small sense of justice that at least their names are out there,” said Manalang.

Holy Trinity Catholic Church in Norfolk held their weekly Wednesday mass. The homily centered around explaining the day’s big announcement, but NSU senior Shanise Williams said it doesn’t matter what lengths the church goes to win back parishioners, there is just too much to overcome.

“My dad turned away at a very young age from the Catholic Church because of negative reasons,” said Williams. “It almost makes you look crazy for joining a Catholic Church and giving your children to the church when you hear things about what’s happening.”