The Bait Shop manager said everything was taken from the shop like bloodworms, candy, customers' unclaimed credit cards, cases of tuna and shrimp, and cash. 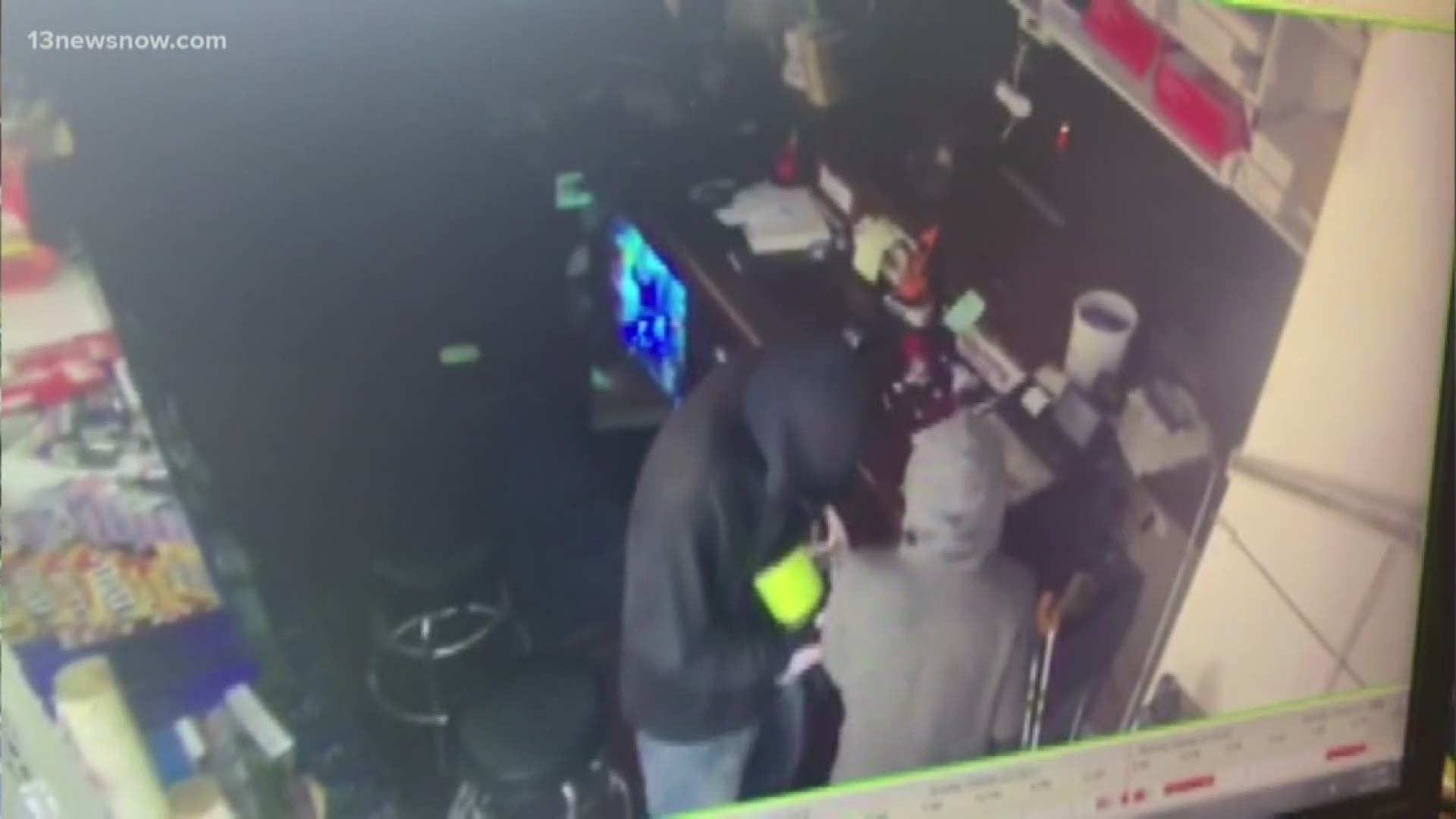 NORFOLK, Va. — Norfolk police are trying to track down individuals involved in burglarizing the Ocean View Fishing Pier over the weekend.

Surveillance video shows two men rooting through cabinets and draws in the pier. The burglars broke into the pier early Monday morning and stole a little of everything. Bait Shop Manager Gene Parker said cases of shrimp and tuna were stolen, candy, bottles of whiskey, bloodworms, cash, and customers' unclaimed credit cards were also snatched.

Police said they received a 911 call about the burglary on Monday morning around 7:15 a.m. when someone reporting to work realized the business was broken into.

Parker said this is the first time something like this has happened at the shop. He also claimed the burglarers seemed to know where to look for the items they stole.

"I don't think it was anything we did wrong," Parker said. "It's just these are bad people man. They need to be taken off the street, they really do."

Anyone with information about this crime should contact the Norfolk Crime Line at 1-888-LOCK-U-UP.

Watch the full surveillance video below: