Norfolk police said Melvin Eggleston, 62, was arrested after Eugene P. Mosley, 70, was stabbed on Bay Street and died on Monday from his injuries. 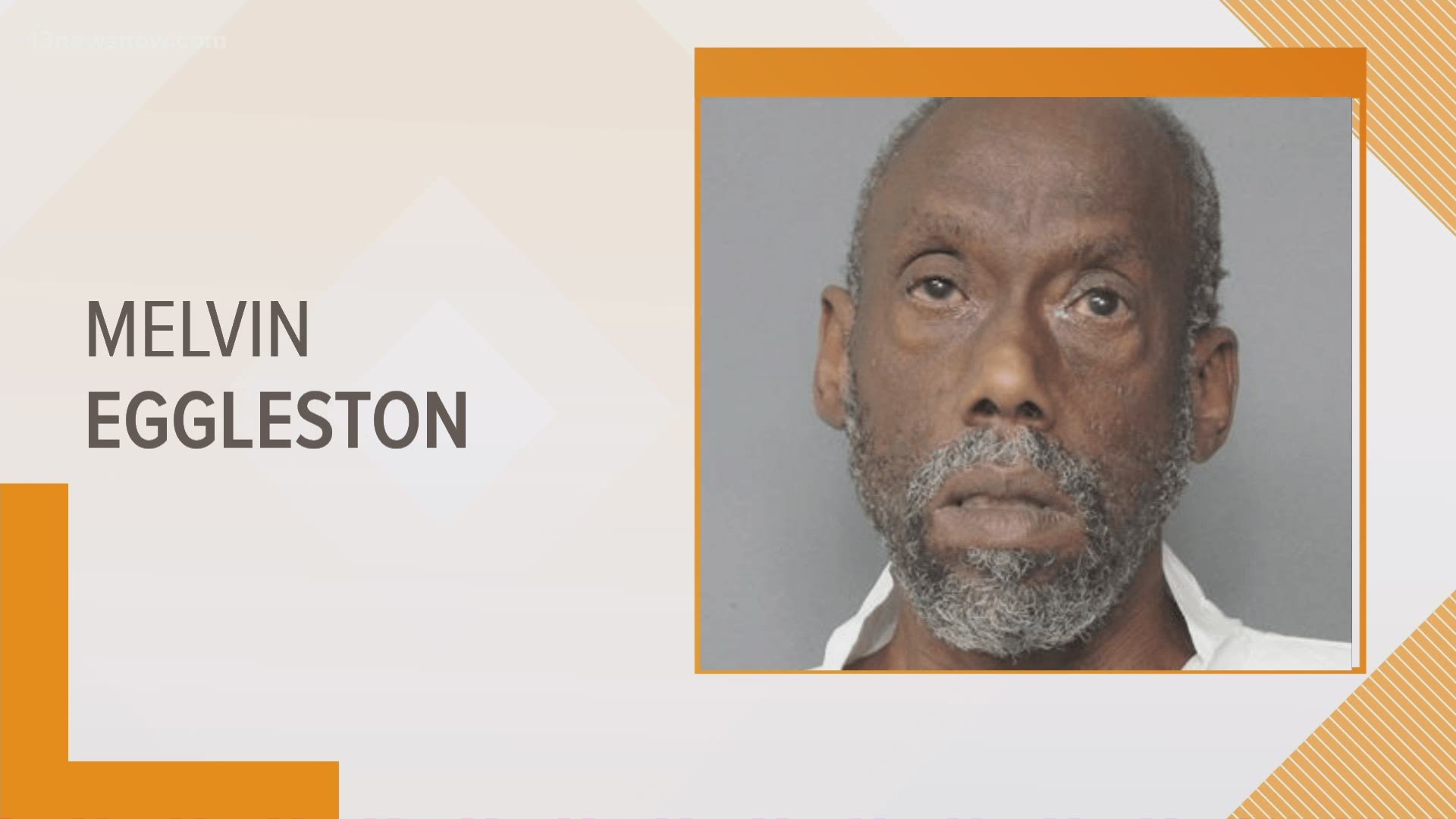 NORFOLK, Va. — The Norfolk Police Department has identified a man who died Monday morning from his injuries after he was stabbed near East Ocean View Avenue on Sunday.

Eugene P. Mosley, 70, from Norfolk was taken to Sentara Norfolk General Hospital, but he did not survive his injuries.

Police withheld his identity until they were able to notify his family of the death.

After the stabbing, police arrested 62-year-old Melvin Eggleston, of Norfolk, and charged him in the incident. He will be tried for second-degree murder.

Officials have not shared the motive or any circumstances of the stabbing.

Eggleston is being held in the Norfolk City Jail, with no bond option.

#NorfolkPD is currently investigating a stabbing in the 9600 block of 20th Bay Street. A man has been pronounced deceased. A person of interest has been detained. Call came in around 9:50 a.m. Submit a tip at https://t.co/fWb8wXvxe5 or call 1-888-LOCK-U-UP. pic.twitter.com/q7CtD5STfG

NPD is asking anyone with information on the incident to call the Crime Line at 1-888-LOCK-U-UP or you can click here to submit a tip.