Police say one of the men was naked and feces were found on the floor. 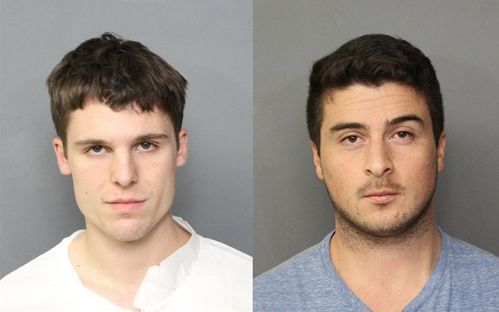 NORFOLK, Va -- Two men who were found passed out in a Norfolk bank have been identified and charged by police.

23-year-old Samuel Bland of Norfolk and 22-year-old Alex Ronne of Torrance CA were charged with Comercial Burglary and Felony Vandalism. 13News Now has confirmed the men are sailors.

Police say one of the men was naked and feces was found on the floor.

A security guard at the Heritage Bank on Granby Street spotted the incident and called police around 4 a.m. Tuesday morning.

When police arrived, they found one of the men passed out in the lobby. The other was found naked in an office.

Police tell 13News Now that the suspects had gone through some of the drawers inside the bank, but it wasn't clear if anything had been taken.