Protesters march onto I-264 in Norfolk, others break curfew in Virginia Beach

The closure happened before 6 p.m. at the Military Highway Exit 13B, which also shut down the ramps. 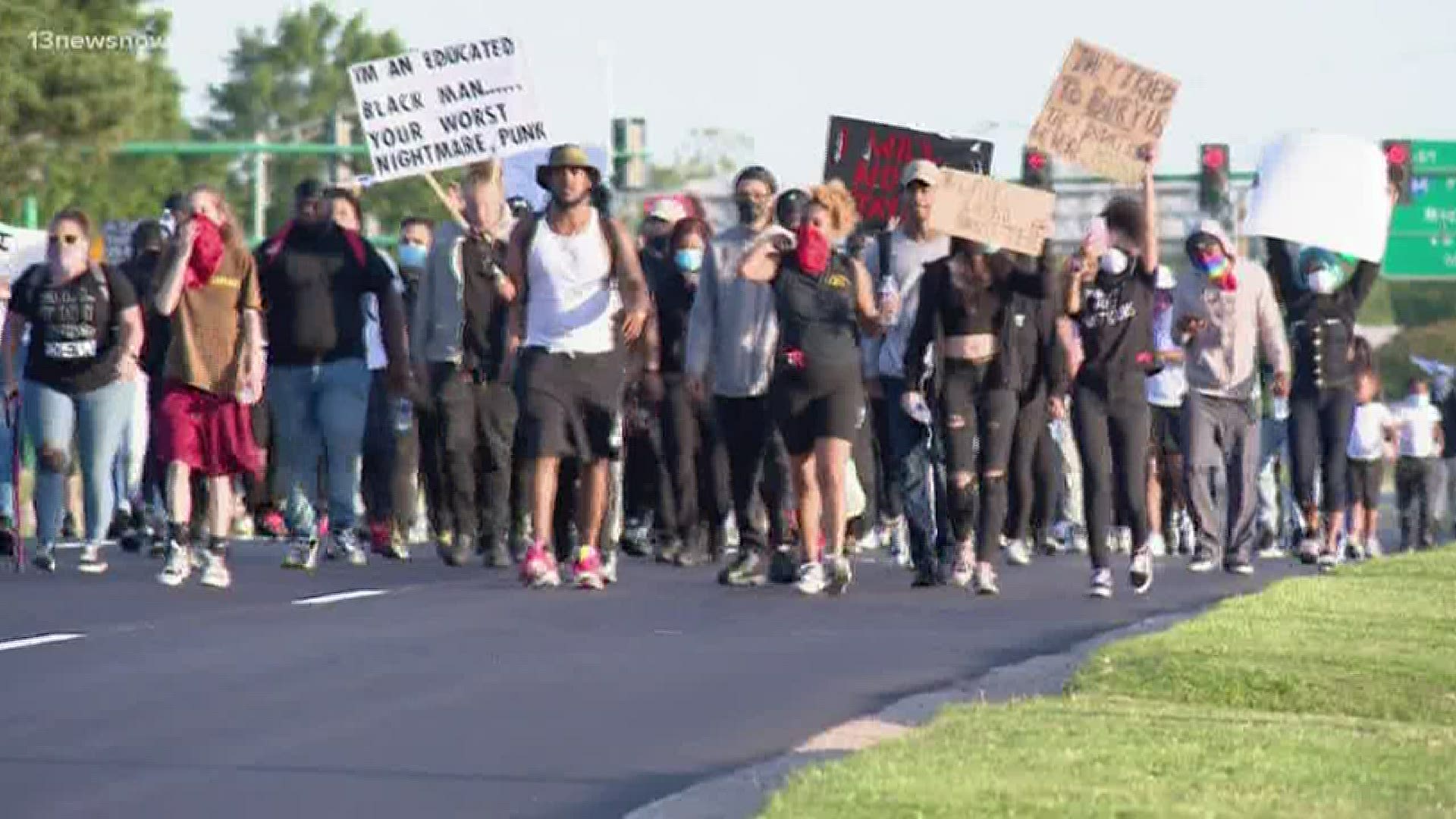 NORFOLK, Va. — Protesters calling for justice in the death of George Floyd moved onto Interstate 264 in Norfolk on Monday afternoon, causing traffic in both directions to halt.

The closure happened before 6 p.m. at the Military Highway Exit 13B, which also shut down the ramps.

The protesters were peaceful during their march. Traffic slowly began to move again in the area shortly after 7 p.m., with VDOT reporting all lanes and ramps back open around 7:45 p.m.

“This is a peaceful protest, no violence,” said one protester in Norfolk. “Nobody is dying on my watch.”

The group remained peaceful and onlookers joined in.

“We asked them what they were marching for, they said, 'Just to make a change,'” said Norfolk protester David Waff. “We said, 'Yeah, we want to make a change with y’all.' So, we just started marching.”

Waff and his family saw the group go by and felt compelled to join.

“I have a black son, also,” Waff said. “I don’t want anything to happen to my family. Me being out here and sharing my voice with you, it’s really a blessing.”

Police warned people could go home or go to jail. The protesters shouted back that the demonstration was peaceful.

Virginia Beach Police told 13News Now arrests were made Monday night, but they didn’t have specific details available yet.

Around 11 p.m. another small group of protesters formed again along Military Highway in Norfolk. They blocked the entrance to the Military Highway overpass for several minutes while Norfolk Police redirected traffic.