The protest has been peaceful and poignant, with people joining the group as the march progressed and calling out George Floyd’s name. 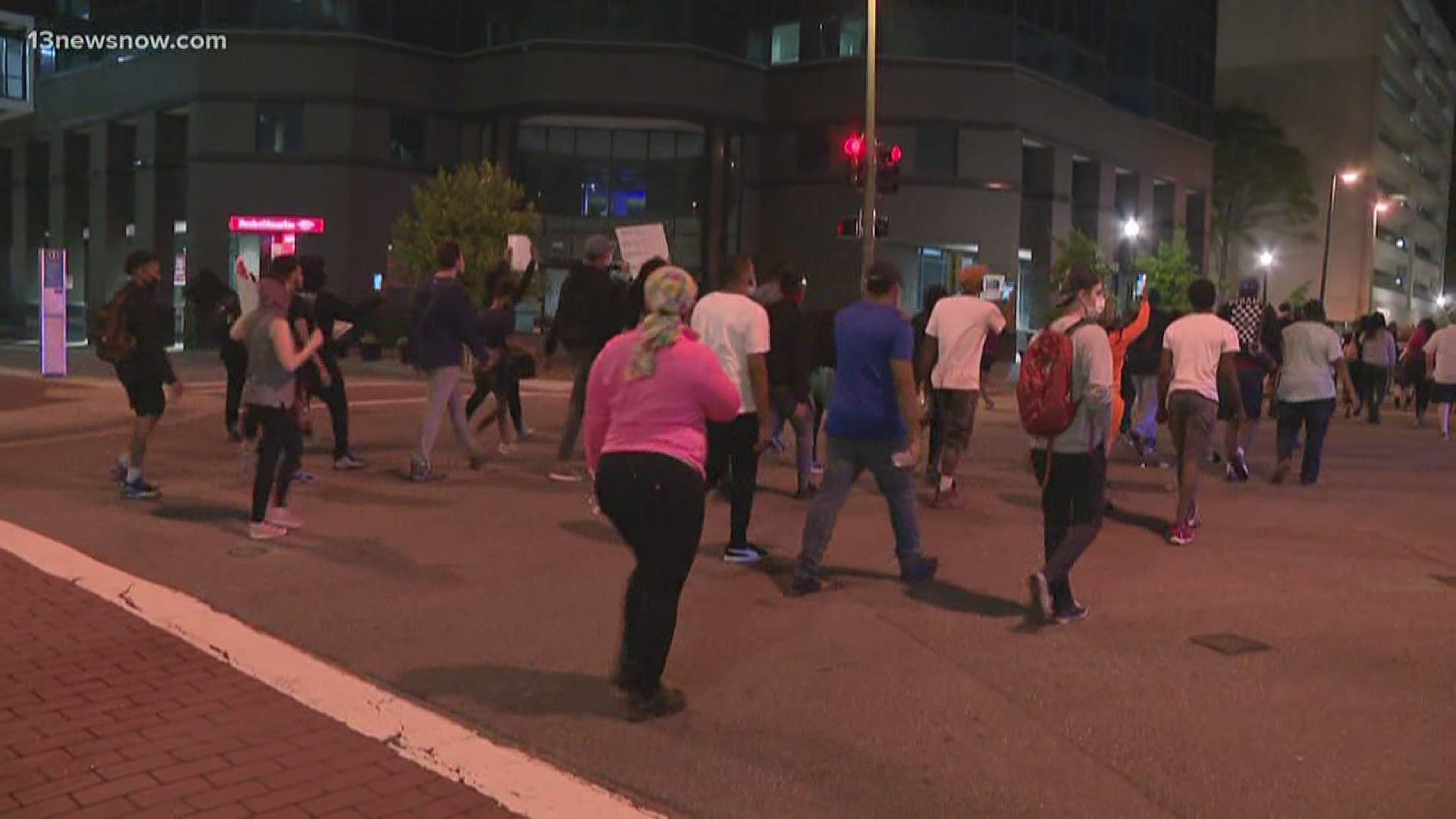 NORFOLK, Va. — The mood was very high Tuesday night as hundreds of people marched throughout downtown Norfolk, shouting “No Justice, No Peace and calling for reform. The march ended at the foot of the city's Confederate monument.

The protest has been peaceful and poignant, with people joining the group as the march progressed and calling out George Floyd’s name.

This is a protest against systemic racism and police brutality against minorities. The group marched all over the city from Brambleton and Tidewater Drive across Virginia Beach Boulevard to Granby Street, and then downtown.

“Virginia is being heard, minorities are being heard. Go out and vote, go out and spark change. This doesn’t stop here,” one demonstrator said.

Protesters shouted for more indictments against the police officers who killed George Floyd, Breonna Taylor, and others. Their shouts included, “I can’t breathe, get off my neck” and "We will not stand down.”

Organizers of Tuesday's march said they are planning for more peaceful protests in the coming days.

As for police response, officers cleared the streets ahead of the marchers and kept a one-block distance in every direction from the protest.

The protest stops, purposefully, at the Confederate monument in Downtown Norfolk. “I can’t breathe, get off my neck” and “My skin is not a crime.” This has been a completely peaceful protest with police clearing streets and keeping a 1-block distance in every direction #13NewsNow pic.twitter.com/7tO1aAGklo