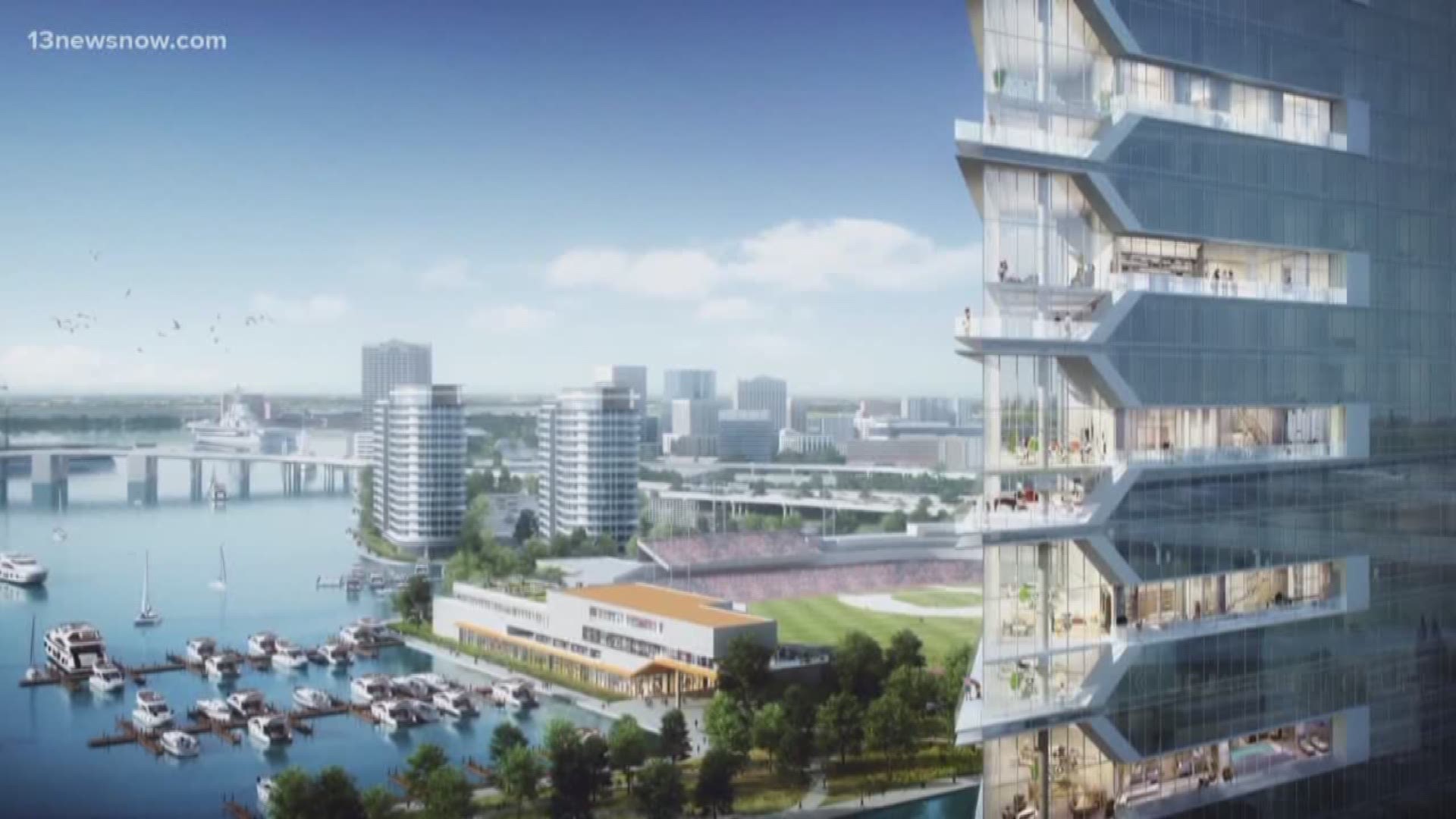 NORFOLK, Va. — It's still far from a done deal, but last week some Norfolk city council members seemed excited about the revenue a potential casino could bring if a deal is worked out between the city and the Pamunkey Tribe.

However, Councilwoman Andria McClellan didn't leave the meeting without asking questions first after seeing the details and revenue reports.

"There are a lot of big questions I have [that were] left unanswered," said Councilwoman McClellan.

Council talked about voting on the sale of the land at the September 24 council meeting, but McClellan isn't ready to jump on voting to sell the land just yet to the Pamunkey Tribe.

Their plan is to build the $700 million casino and resort on the land.

"It's really important that we provide the opportunity for them to get all of the information, digest it, ask the questions, and for us to provide the answers," said the councilwoman.

Councilwoman McClellan wanted to address where the revenue would be going.

"If that revenue was coming to the city, I think that preference would be to earmark it for schools and flooding," said McClellan.

Norfolk resident, Jacqueline Glass, feels the same as the councilwoman.

She thinks people in the city should have more time to learn about the project before the council votes the sale through.

"I don't know that there's enough information to be for it or against it," said Glass

"I see the upside and I see the risks. So I think we need to just address those and get them in the open, let the public know about them and be transparent about that," said Councilwoman McClellan.

At next Tuesday's council meeting, both hope residents show up to let council know how they feel about the project.

Councilwoman McClellan said she's also concerned about the money that will need to be spent on public safety, public transportation, and resources to address gambling addiction.

Ahead of next week's meeting, she says the city now has a page for residents who want to read up on the latest information.