Construction on the project is set to begin in spring. 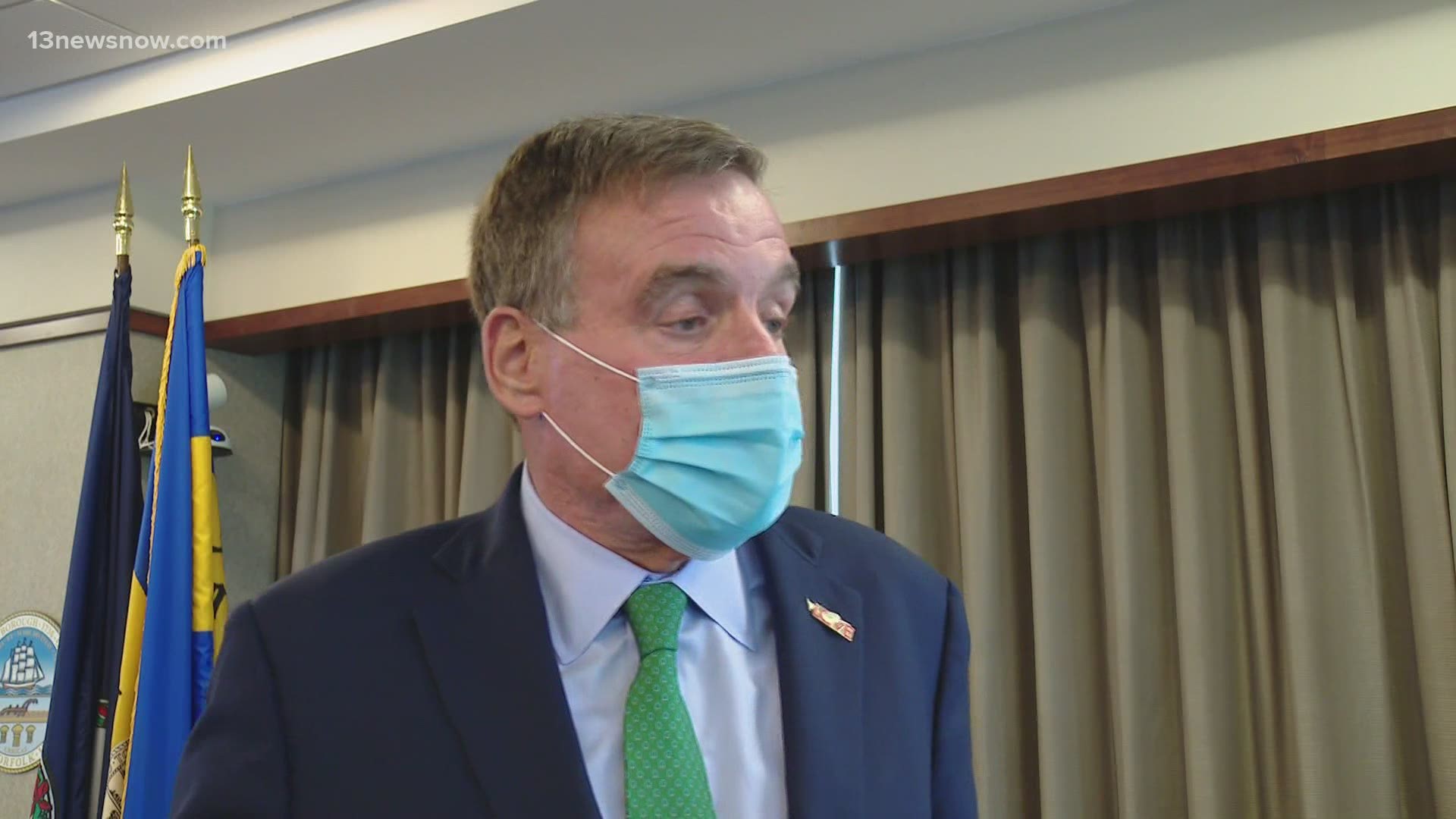 NORFOLK, Va. — Norfolk city officials sat down with US Senator Mark Warner Tuesday morning to give an update on the planned St. Paul's Quadrant redevelopment project.

At a roundtable discussion with Norfolk Mayor Kenny Alexander, city council members, and members of the redevelopment project team, Warner said he wanted to ensure there was adequate community involvement and that current residents had a "right to return" once the new units are completed.

Construction on the first building in the St. Paul’s redevelopment project will happen in the spring.

“I’ve been hearing about this since before I was governor... and I was governor 20 years ago. So what I would like to see is a reality,” Warner said. “This could be a model for communities around Virginia and around the country.”

Some public housing residents have accused city leaders of gentrification, arguing the plans will push poor residents out of the city and leave them with nowhere to go.

Warner said he’s aware of the concerns and he wants to make sure the views of the current residents are heard.

City leaders have also stressed some residents will be given housing vouchers and allowed to move into the units.

“What I heard today and the proof will be in what actually takes place but these things are actually being built into the plan," Warner said.

He said he also wanted to see if there’s anything he can do to help.

“My background was in broadband," he explained. "Can I bring one of these Facebooks or Googles or Amazons who made an awful lot of money last year to do their part?”