The influx of gunshot wounds, stabbings and assaults lately is something Norfolk General Trauma Chief Dr. Jay Collins has never seen in his 20 years on the job. 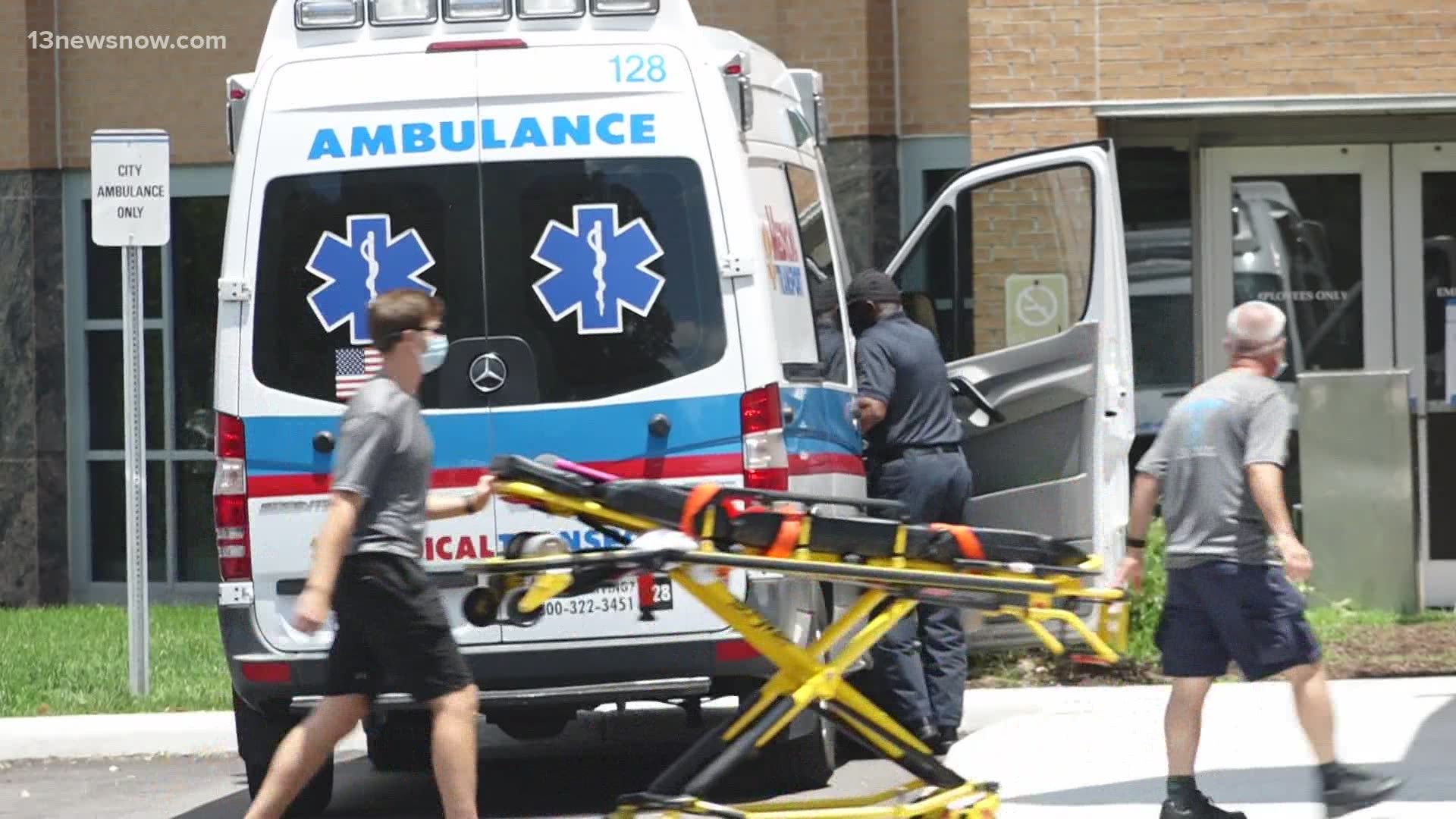 NORFOLK, Va. — Sentara Norfolk General Hospital’s trauma team is seeing an alarming number of patients in their hospital beds due to violent crimes.

“In the last year and a half, the amount of volume that we have has increased exponentially,” said Trauma Chief Dr. Jay Collins.

The influx of gunshot wounds, stabbings, and assaults lately is something Dr. Collins has never seen in his 20 years on the job.

“The amount of gunshot violence seems to be at an all-time high and it is certainly on a daily basis,” he said.

The region’s number one trauma center is keeping track. Violence-related injuries increased 38 percent from 2019 to 2020.

The hospital reports a majority of the people getting hurt are Black men in their 20s.

“It’s very sad when people come in once and they have been shot... when they come in again six months later, you realize this is a disease,” Dr. Collins said. “There is a problem, and somebody needs to fix it.”

The hospital has data through April of this year. Staff have treated 153 gunshot wounds. Dr. Collins said May and June haven’t improved.

“I think it’s going to be our busiest summer ever,” Dr. Collins said.

Sentara is helping victims of violence get back on their feet through, FORESIGHT.

“Sometimes we see patients as soon as being in the trauma bay,” said Sentara FORESIGHT Team Coordinator Stephen Williams.

“Rental assistance, utility assistance,” Williams said. “Sometimes we have been able to relocate a patient and their family. “

The FORESIGHT team even stays in touch with victims and their families after they leave the hospital to ensure positive outcomes.

The program started at SNG in April and is supported by a grant through the Virginia Hospital and Healthcare Association.