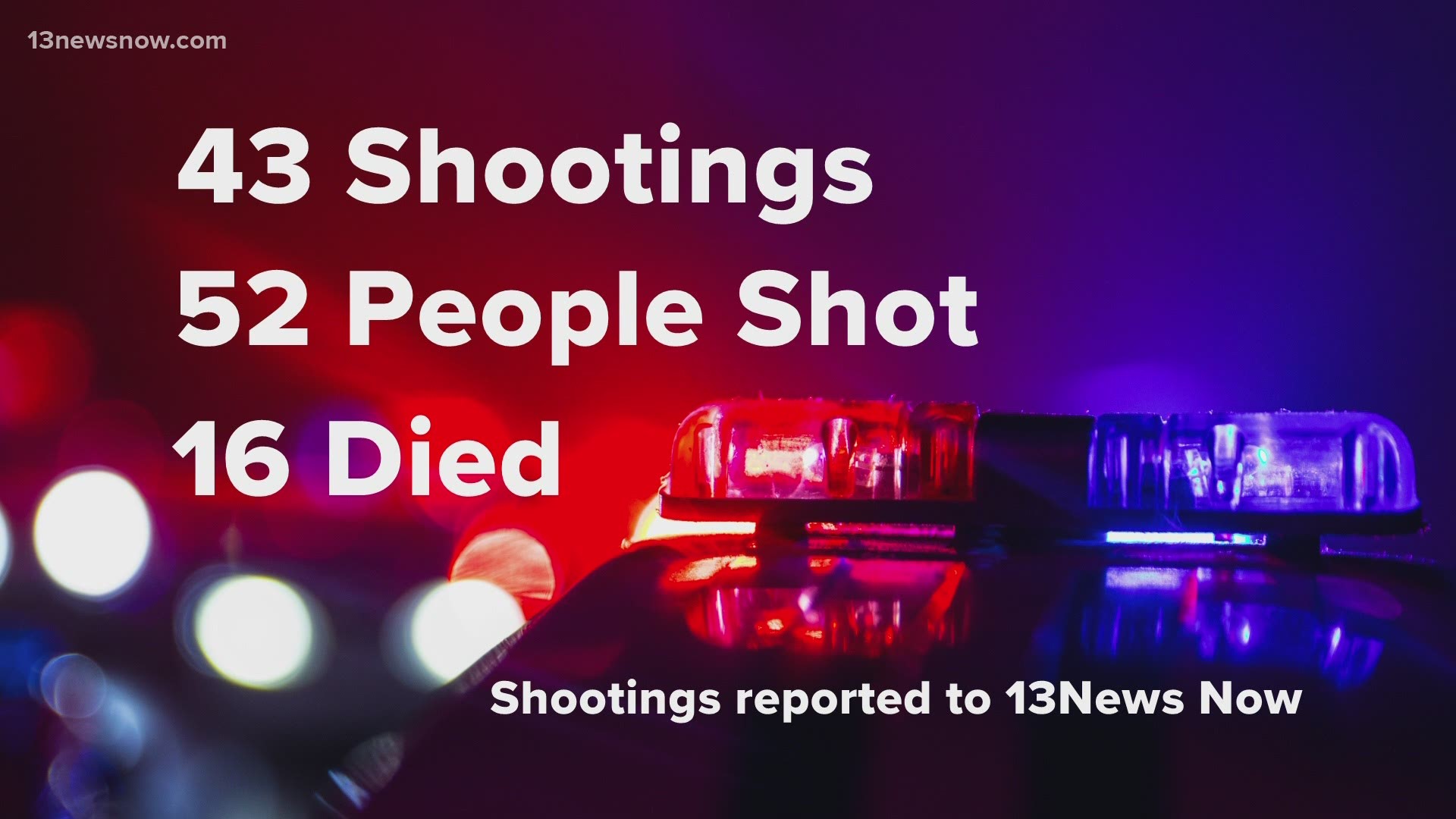 NORFOLK, Va. — Inside a conference room at the Attucks Theatre in Norfolk, city leaders gathered around a table for a conversation about the recent surge in gun violence.

On Thursday, U.S. Senator Tim Kaine sat down with Norfolk leaders to address the crisis.

“This is a national problem right now,” said Kaine.

The roundtable conversation was aimed at discussing ideas aimed at gun violence prevention.

“Gun violence is cutting through our homes, our schools, where we work as well as our places of worship,” said Alexander. “These are issues we as a community can only address together.”

The trauma department leaders from CHKD and Sentara are also here to discuss gun violence prevention. Several members say this is a complicated issue that’ll take an all-hands-on-deck approach to solve. #13NewsNow pic.twitter.com/LEQFhaFchR

Norfolk City Council member Danica Royster attended the roundtable. She represents the people of Norfolk who live in Superward 7, an area that includes the Young Park, Berkley, Park Place, and other neighborhoods.

Data provided to 13News Now shows that in the month of June 2021 alone, there have been at least 16 shooting deaths across the seven Hampton Roads cities. Many of those incidents claimed the lives of young people.

Stacey Robinson, a community advocate who leads the Guns Down Movement, said investing in the community’s youth is a key part of the solution.

“A lot of these guys can’t be saved. A lot aren’t going to school,” said Robinson. “We have a big problem in Norfolk... a gang element.”

During the roundtable, Norfolk Police Chief Larry Boone said he’s working on a regional program to enhance efforts aimed at making sure guns don’t end up in the wrong hands.

“You have to track the sources of the gun,” said Boone.

Norfolk Police Chief Larry Boone says guns are ending up in the wrong hands and that he’s looking to form a regional task force based in Norfolk to enhance efforts to track down guns.

“You have to stop the sources of the gun.” #13NewsNow pic.twitter.com/023xx5IvzE

The big message shared from several leaders during the meeting: it’ll take a proactive approach to truly find a path forward in solving the issue.

During an earlier interview with 13News Now Thursday, Kaine shared his thoughts on the issue.

During the roundtable, Kaine said the solution will require more than just law enforcement strategies.

“There’s law enforcement strategies, I think we need to do gun safety strategies, but I also think that we need to make sure that our young people see that they have paths to be successful,” said Kaine. “We can’t just address symptoms, we’ve gotta address causes.”

Kaine shared two of his takeaways from the roundtable: you can’t tell people to put the guns down or what not to do unless you have a system in place to help them, and leaders have to treat gun violence as a health issue, not just as a law enforcement issue.

Kaine said he plans to take some of the ideas from local leaders to the Senate in hopes that his colleagues will move toward change.

U.S. Sen. Kaine shares 2 key takeaways from this roundtable:
1. You can’t tell people to put guns down, or what not to do unless you have a system in place to help them.
2. Gun violence must be treated as a health issue, not just as a law enforcement issue pic.twitter.com/FBwrY0FxN9