UPDATE: Suspect in NSU football player's murder back in custody

Jaquan Anderson's trial is set for Monday, but for some reason, police say he was released from custody on Friday. He's accused of killing Nicholas Ackies in 2017. 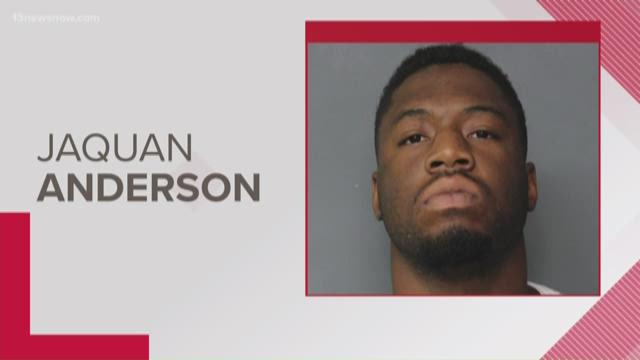 Norfolk Police say a murder suspect is back in custody, hours after he was released following a pre-trial hearing. Police are still investigating how and why he was released in the first place.

Police say Anderson's trial is scheduled for Monday and on Friday morning, a pre-trial hearing was held in Norfolk Circuit Court.

Anderson was present for that hearing, but around 2 p.m., he was released from custody.

Around 9:30, authorities said he was located and taken back into custody.

Police say a review is under way to figure out why Anderson was released.