While restrictions will loosen for Virginia Beach's beaches, other area beaches will remain the same

Other beaches will continue to operate under the guidelines set by Phase One of the state's reopening plan. 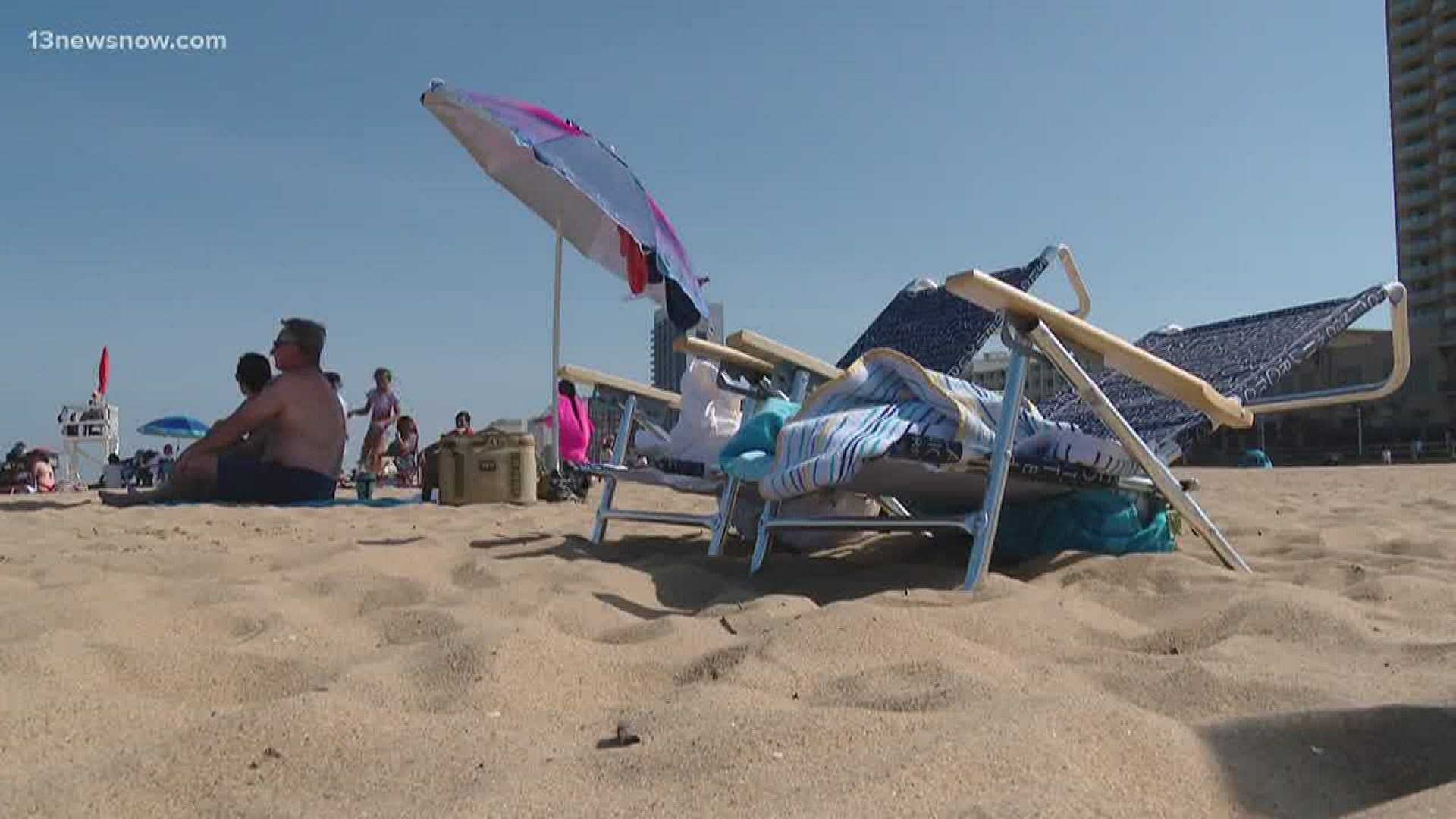 NORFOLK, Va. — After Governor Ralph Northam announced a plan to reopen the beaches this weekend in Virginia Beach, a lot of people are wondering if other beaches in our area will be open for the Memorial Day weekend, too.

The short answer is: no. Public beaches aren't re-opening this weekend, with the exception being Virginia Beach. Other beaches will continue to operate under the guidelines set by Phase One of the state's reopening plan.

For Yorktown Beach, the beach itself remains closed, because it's too small for social distancing. Its fishing pier and boat docks are open, however. The grassy areas next to the beach are open, as long as you're able to social distance yourself from others.

In Hampton, all public beaches -- including Buckroe Beach -- are closed, except for walking, running, and other types of exercise. That's been the case for the past couple of weeks.

In Norfolk, things remain the same as they've been since March; all beaches are open only for fishing and exercise.

Phase One of the governor's reopening plan didn't reopen beaches for anything except fishing and exercise. That was until Virginia Beach was allowed to open with fewer restrictions, which happened because Governor Northam worked directly with city leaders to have a plan in place.

In a statement released Tuesday, Norfolk's city manager, Dr. Chip Filer, said in part that "the Governor has also made it clear; this is a pilot program" in Virginia Beach.

"Norfolk is hopeful that Virginia Beach visitors adhere to the guidelines so the Governor will ease restrictions on other Virginia localities with beach amenities," Filer also said. "Norfolk will be ready when that day comes."

RELATED: Virginia Beach mayor urges city to play by the rules as Phase One kicks off