An end to ERC tolls for Downtown and Midtown Tunnels?

Virginia's finance secretary said the state has the right to terminate the contract with ERC — but Virginia would owe more than $1 billion. 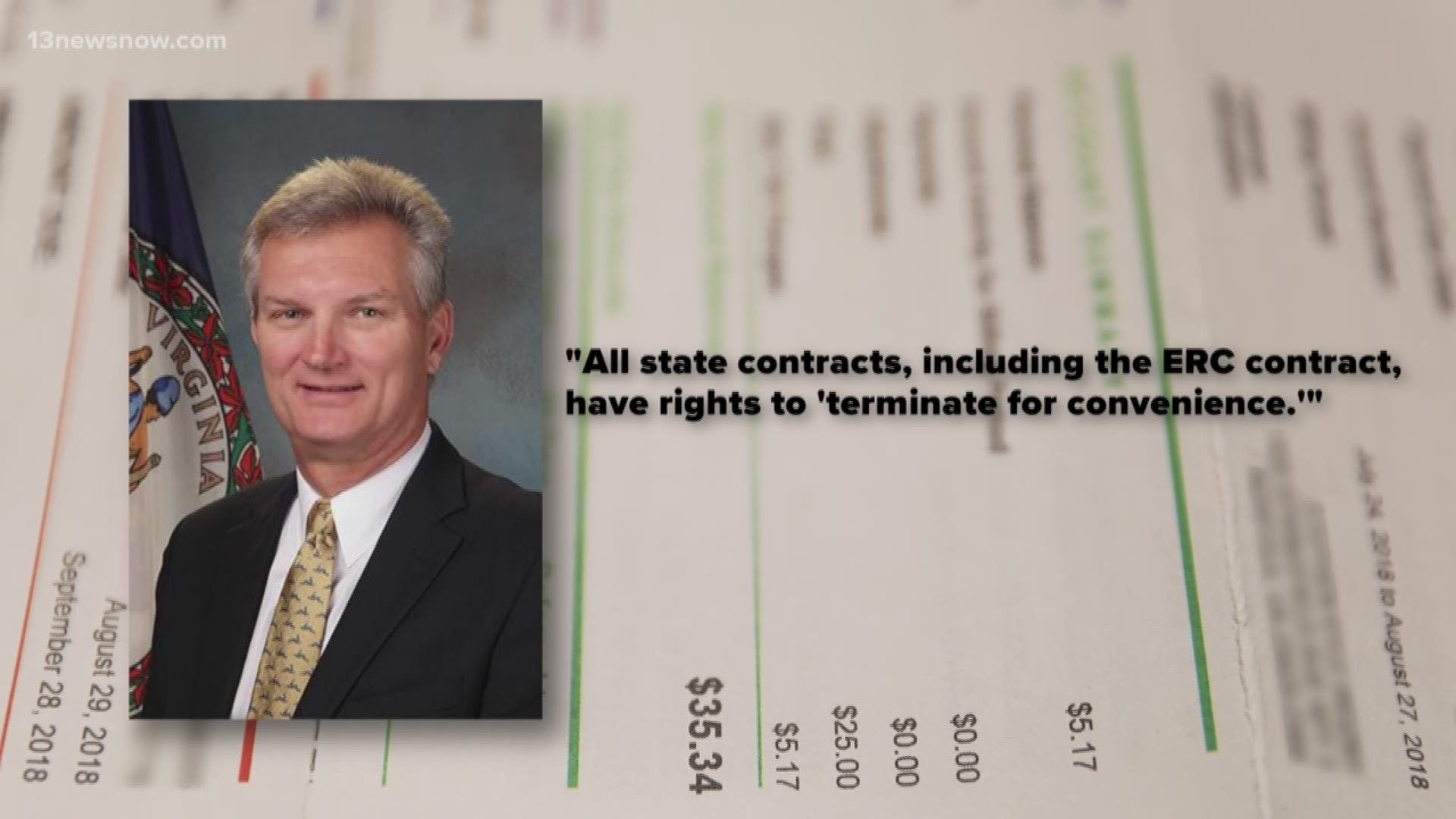 PORTSMOUTH, Va. — Since the Elizabeth River Crossings construction project wrapped in 2017—a year early and with great fanfare—there are some people who believe the tunnel tolls are "highway robbery."

One driver said she's received toll bills and late fees in the thousands of dollars.

Terry Danaher is part of an effort aimed at trying to end those tolls.

"At the moment we’ve had our first meeting and we established that we need more information," Danaher said.

She's been fighting the tolls since 2012.

The group hopes information from the Attorney General's Office will help them decide whether to go after the contract in piecemeal or altogether.

One strategy the group said it might pursue is proving that ERC hasn't lived up to its contract by providing service at a certain level.

For example, a billing error or a tag not properly read.

Danaher said she's had her own issues with billing errors.

"I’m driving a car through a tunnel when I come back all of a sudden I suppose they have a trailer attached to it," she said.

"I’ve talked to people who end up with over $100 in fees because of the time and energy into fighting this to get it corrected... far more than it’s worth to people."

But there is a way tolls could end. In a statement to 13News Now, Secretary of Finance Aubrey Layne said, "All state contracts, including the ERC contract, have rights to 'Terminate for Convenience.'"

Layne said the state has the right to unilaterally terminate the contract at any time with or without giving a reason.

"However the state would owe ERC for all its debts (bonds), equity and other contractual obligation. This amount is in excess of $1 billion," he said.

"A lot of our residents believe we can wave a magic wand and make this stuff go away, but the deal is a function of negotiations that took place behind closed doors without public input about six or seven years ago and now we're feeling the effects of it," Jones said.

Danaher said the economic pain of tolls is well documented. An Old Dominion University study found Portsmouth lost about $8.8 million each year after the implementation of the tolls in 2015.

RELATED: Mayors, board call for an end to ERC toll deal for Downtown and Midtown Tunnels

"Our citizens here are the people who are suffering the most. And our businesses have just crumbled out of this," Danaher said.

Danaher said she's not opposed to tolls, it's just that there are so many "bad elements to this contract." She'd like to see those who got the region into this mess be held accountable, that includes former Governor Bob McDonnell's administration.

"I think we should attach his bank account to it all. This contract was not well negotiated. It was done very badly," she said.

What role the Attorney General's Office might play in the task force's efforts remains to be seen.

The office said that a "transportation organization is not a client of this office, so, unfortunately, we do not provide legal advice to those groups."