“The billboard company approved it, Harley Davidson approved it, we didn’t think it was an offensive term," said store GM Shawn Robinson. 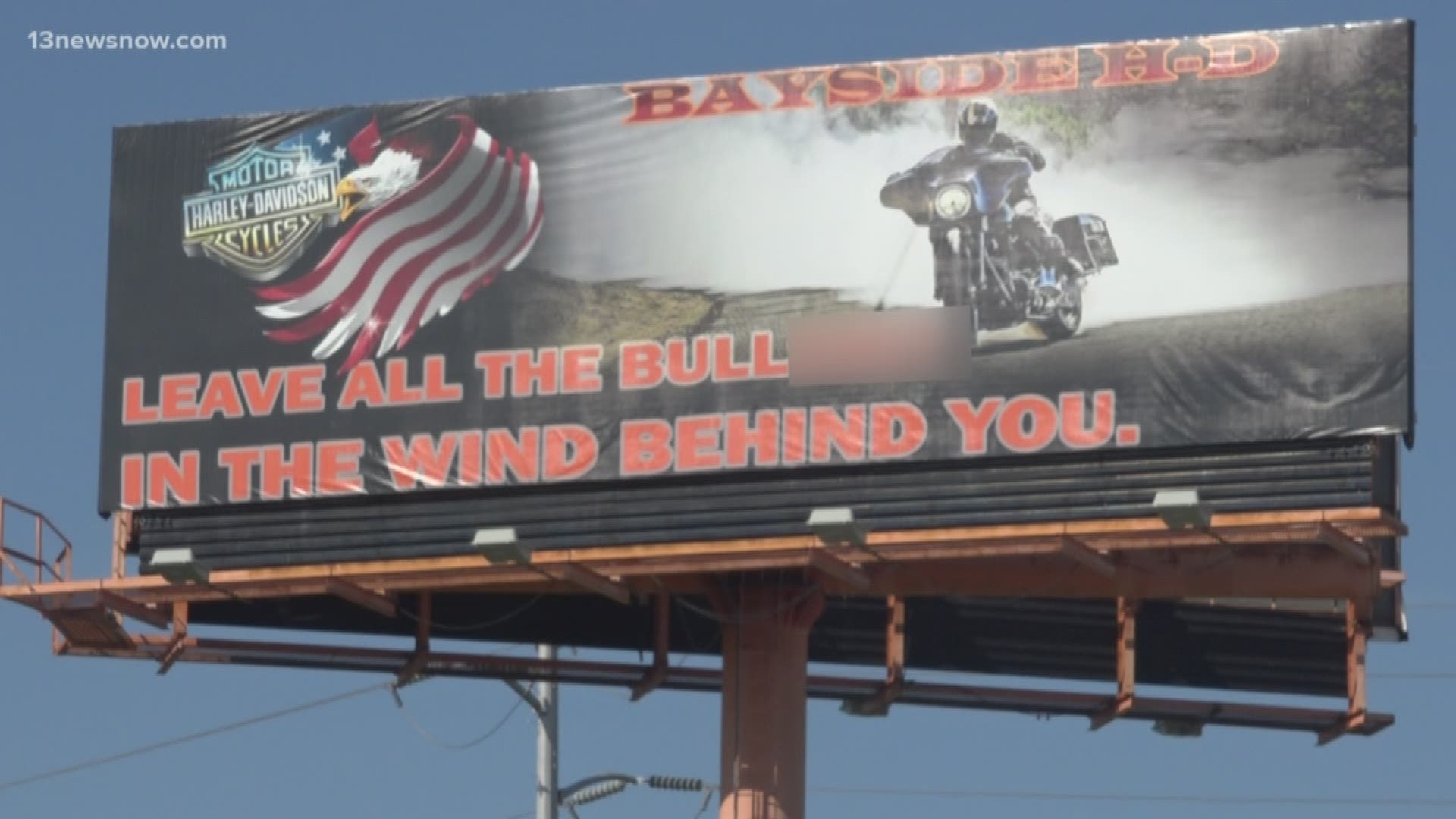 That’s exactly what they are trying to portray in a new billboard outside their business: “leave all the bull(expletive) in the wind behind you."

“You do put everything behind you when you get on a bike, you let all the daily bs, the boss, the wife, the kids. I mean it goes away, so it’s a true saying,” said GM Shawn Robinson.

Robinson said he was surprised when some people in the community were upset with the new ad, seen prominently from I-264 East.

“The billboard company approved it, Harley Davidson approved it, we didn’t think it was an offensive term,” said Robinson.

Portsmouth City Councilman Bill Moody confirmed the billboard is on Bayside’s property and they are protected under the first amendment.

“We certainly didn’t mean to offend anybody when we put it up, that certainly wasn’t our intent, but it was. Hopefully, just like all advertising, you know, we get a little play out of it somehow,” said Robinson.

Bayside also added that it’s a little ridiculous for people to be worried about a billboard, considering everything else that’s currently going on in the city.

“The city of Portsmouth is economically challenged, and I don’t think we should be worried about the word BS on a street sign. We’ve got a casino to approve downtown,” said Robinson.