Portsmouth police charged off-duty officer Eric Rodgers with Driving Under the Influence after he was involved in a crash. 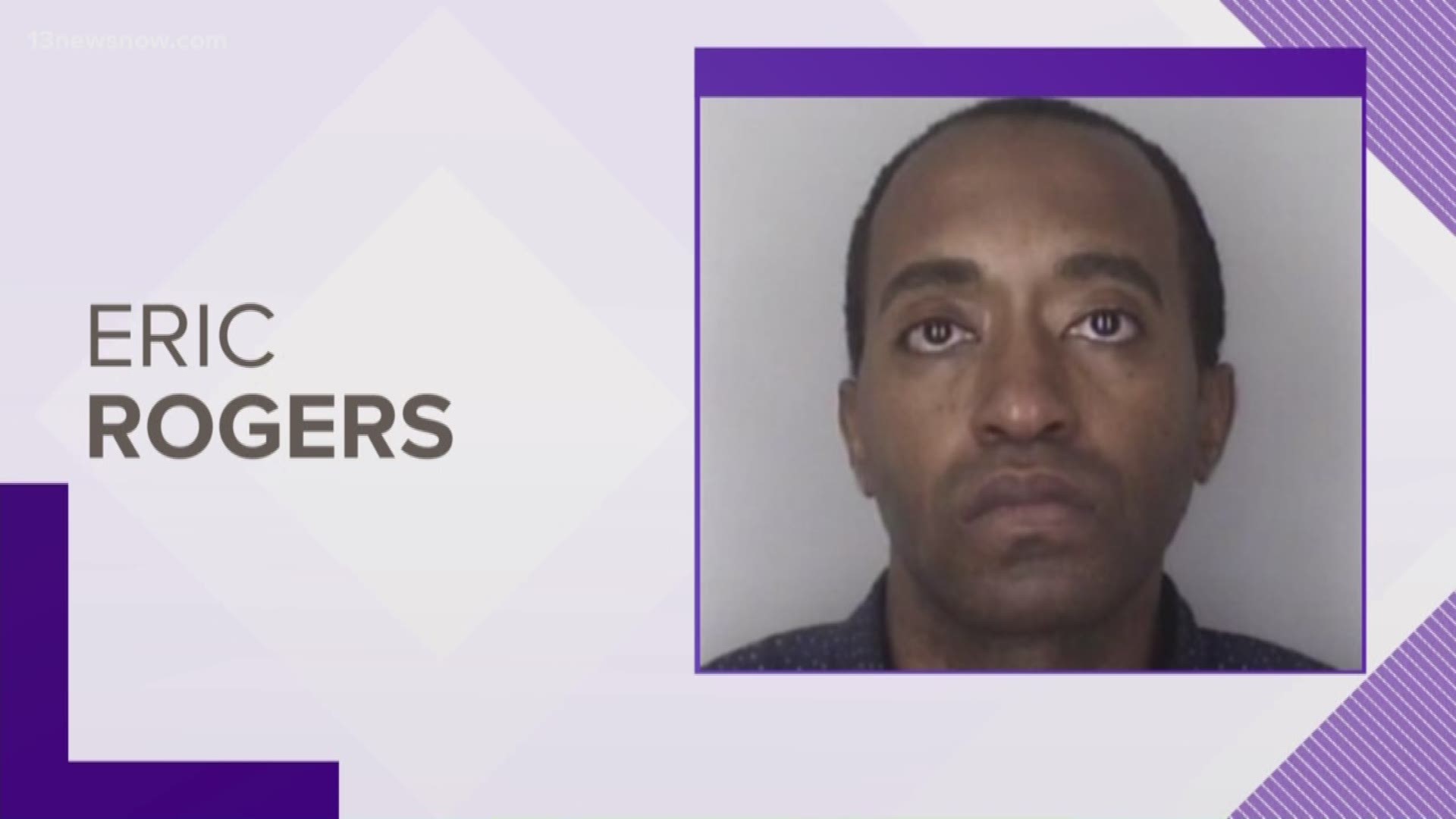 PORTSMOUTH, Va. (WVEC) — Portsmouth police arrested a fellow officer earlier this month and charged him with Driving Under the Influence. Court paperwork states that Officer Eric Rodgers had a blood alcohol concentration of .13 which is above the state limit of .08.

Paperwork filed in Portsmouth General District Court says there was a car crash at Victory Boulevard and Cavalier Boulevard on September 16 at 2:20 a.m. When officers got there, they talked to the two drivers involved. One of them was Eric Antonio Rodgers. Police said Rodgers "admitted to consuming two large beers before driving."

Police noted that Rodgers smelled of alcohol and that his speech was slow. One of the officers wrote: "He walked without swaying, but his pace was also slow." Police conducted sobriety tests and a breath test. All of those indicated Rodgers was drunk. A more formal breath test that was done shortly after police took Rodgers to headquarters had the .13 result.

Rodgers is charged with Driving Under the Influence of Alcohol, First Offense. He was booked into the Portsmouth City Jail, then later released.

According to Portsmouth Police, Rodgers is on administrative duty, pending the outcome of the court case and an internal investigation.