Police say a car hit a VDOT truck at a high rate of speed on I-264 in Portsmouth Monday morning. 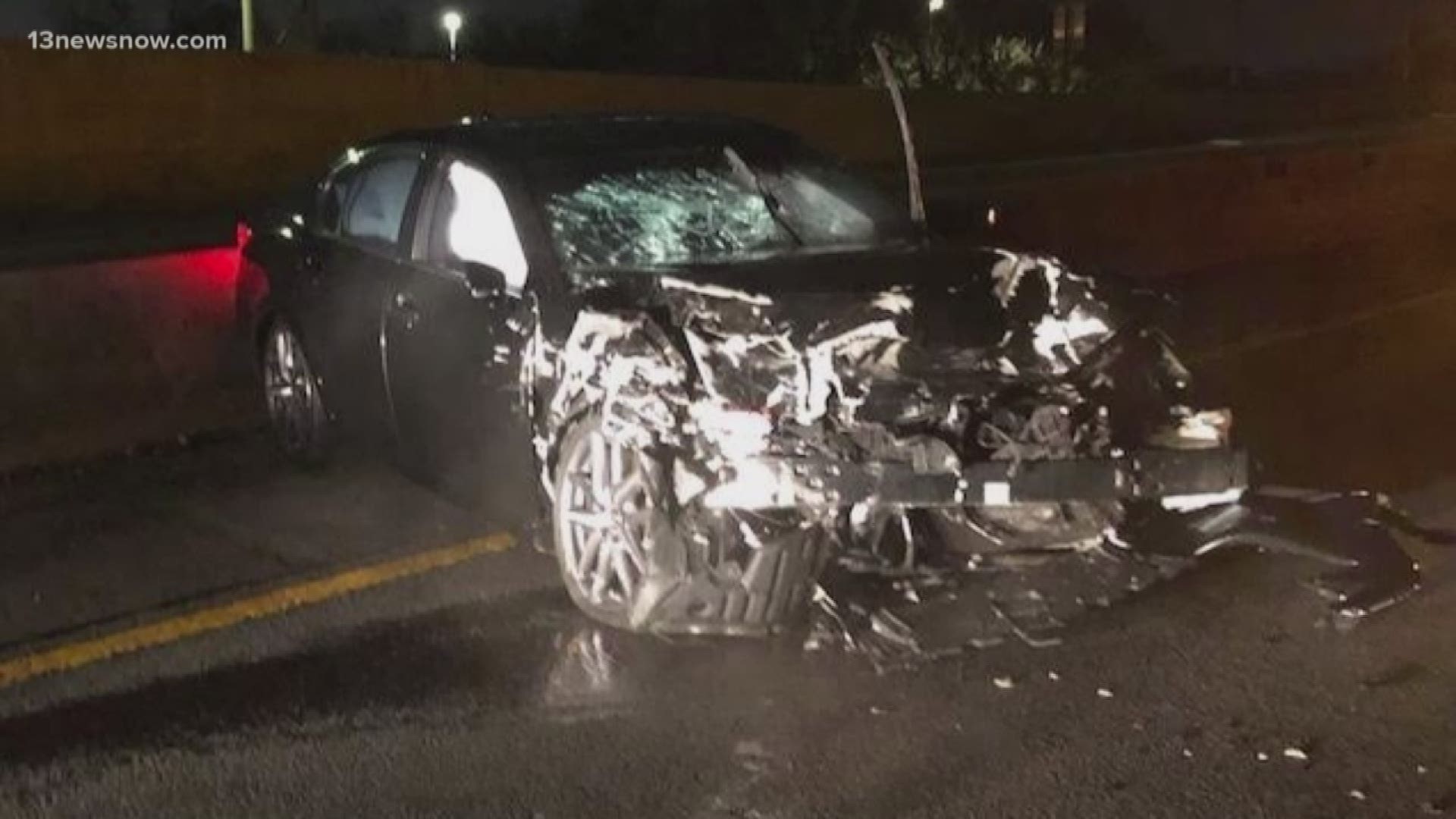 PORTSMOUTH, Va. — A man is in the hospital recovering after an early-morning crash in Portsmouth, but Virginia State Police say he will be facing charges.

State Police were called to Interstate 264 westbound at Effingham Street shortly after 4 a.m. Investigators found a Virginia Department of Transportation work truck had been stopped with its equipment and lights activated, to indicate a right lane closure.

Investigators say a 2017 black Lexus driven by Cordell Anthony Livingston drove into the rear of the truck at a high rate of speed.

Livingston reportedly got out of his car and fled the scene on foot. He was found a short time later and taken to Sentara Norfolk General Hospital to be treated for non-life threatening injuries.

Troopers said Livingston was arrested and charged with driving while license suspended/revoked, reckless driving, and felony hit and run.

She said they feel grateful that the contractor hired to do the work is OK.

“We were very lucky that the attenuator was set up and did its job so it cushioned him and kept him safe,” said Christopher.

Even more, she hopes that this collision serves as a reminder to all drivers to be responsible on the road.

“You need to obey traffic laws and to make sure that you give those responders a safe space when you’re driving on the interstate," said Christopher.

She said asking people to drive safely is not just to help them, but everyone on the roads.

“Safety is our number one priority and that stands for both the people in their cars, the drivers, and our staff," said Christopher.