Angela Greene, who was fired in 2020, filed the multimillion-dollar lawsuit for wrongful termination and defamation. It names prominent city and state leaders. 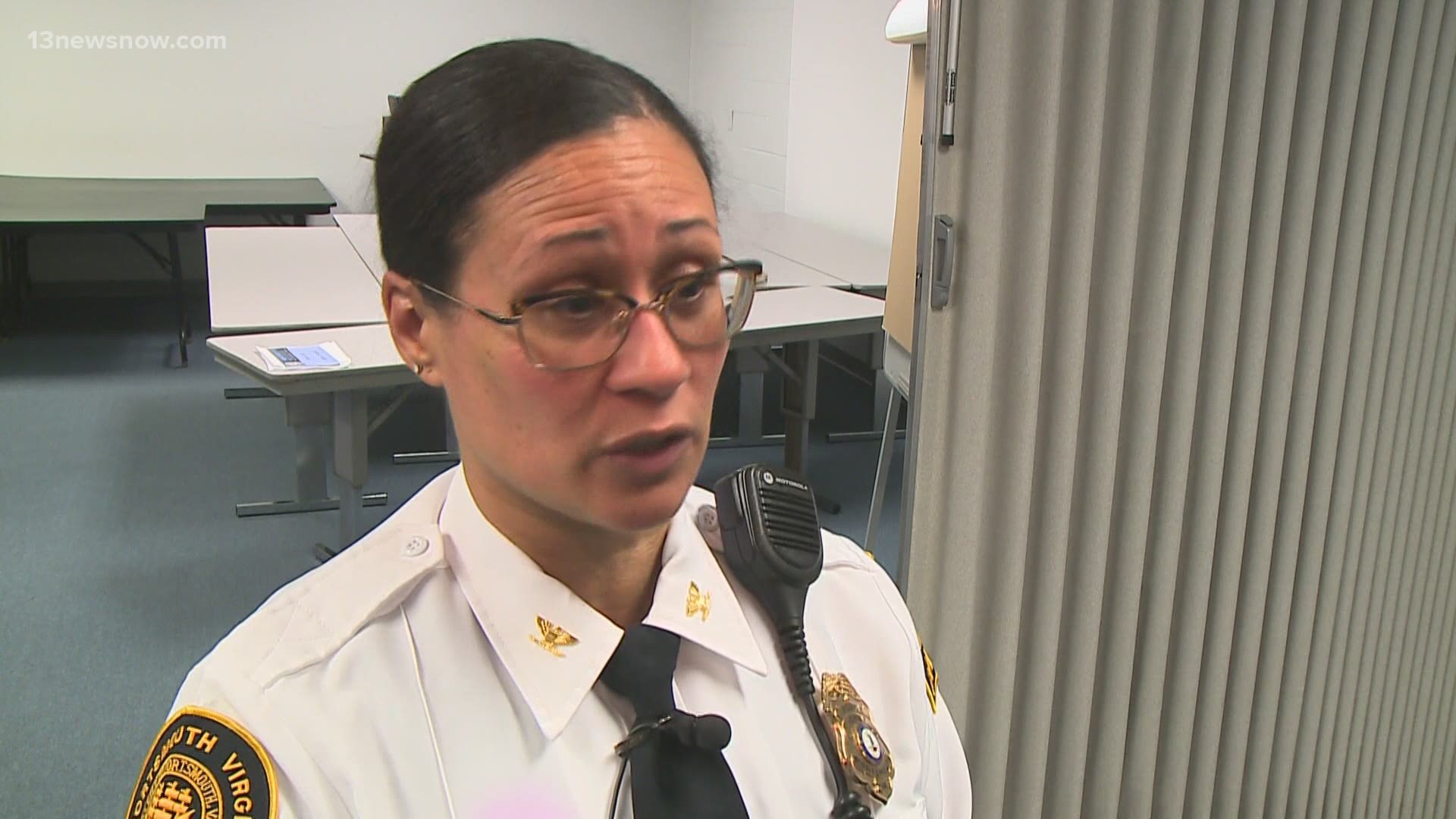 Sources told 13News Now that Greene filed the suit to clear her name and reputation. She hopes other sworn officers who follow the law are not terminated as she states she was.

Besides naming the city, itself, the wrongful termination and defamation lawsuit list several high-profile city and state leaders:

In September 2020, Greene was fired from her job. Greene said city leaders did not give her a reason for her termination but said she was an "at-will employee."

“20 years, like you said, hard work. I never thought it would have ended this way,” Greene said.

Greene was put on 30 days of administrative leave with pay on September 4, 2020 after a protest at Portsmouth's Confederate monument in Olde Towne on June 10, 2020 became a center of controversy in the city.

It was during that protest that demonstrators pulled down a statue that was part of the monument. The statue landed on Chris Green and left him with serious injuries.

In August 2020, Greene released 14 warrants for people who were at or had some involvement in the Confederate monument protest. State Senator Louise Lucas and members of the NAACP were among those charged. Greene sent out a statement in August about issuing those charges.

Although Pettis Patton did not specify the nature of the investigation or who would conduct it, a person within the police department told 13News Now that the investigation was regarding Greene's decision-making on the job, her actions, and her behavior.

Greene was fired in November 2020.

Here is a copy of the lawsuit which Greene filed:

Angela Greene filed a lawsuit this morning seeking damages for being wrongfully terminated as the Chief of Police from the City of Portsmouth,  and for being defamed professionally and personally.

13News Now also reached out to all the people listed in the lawsuit. The city and LaVoris Pace had no comment.

Blount said he didn’t know anything about the lawsuit when 13News Now contacted him. However, he said he felt it was right to ask for a change in leadership based on how things were handled within the Portsmouth Police Department.

The Fraternal Order of Police, which is an organization made up of law enforcement officers from across the country, released a statement backing Greene as she pursues damages.