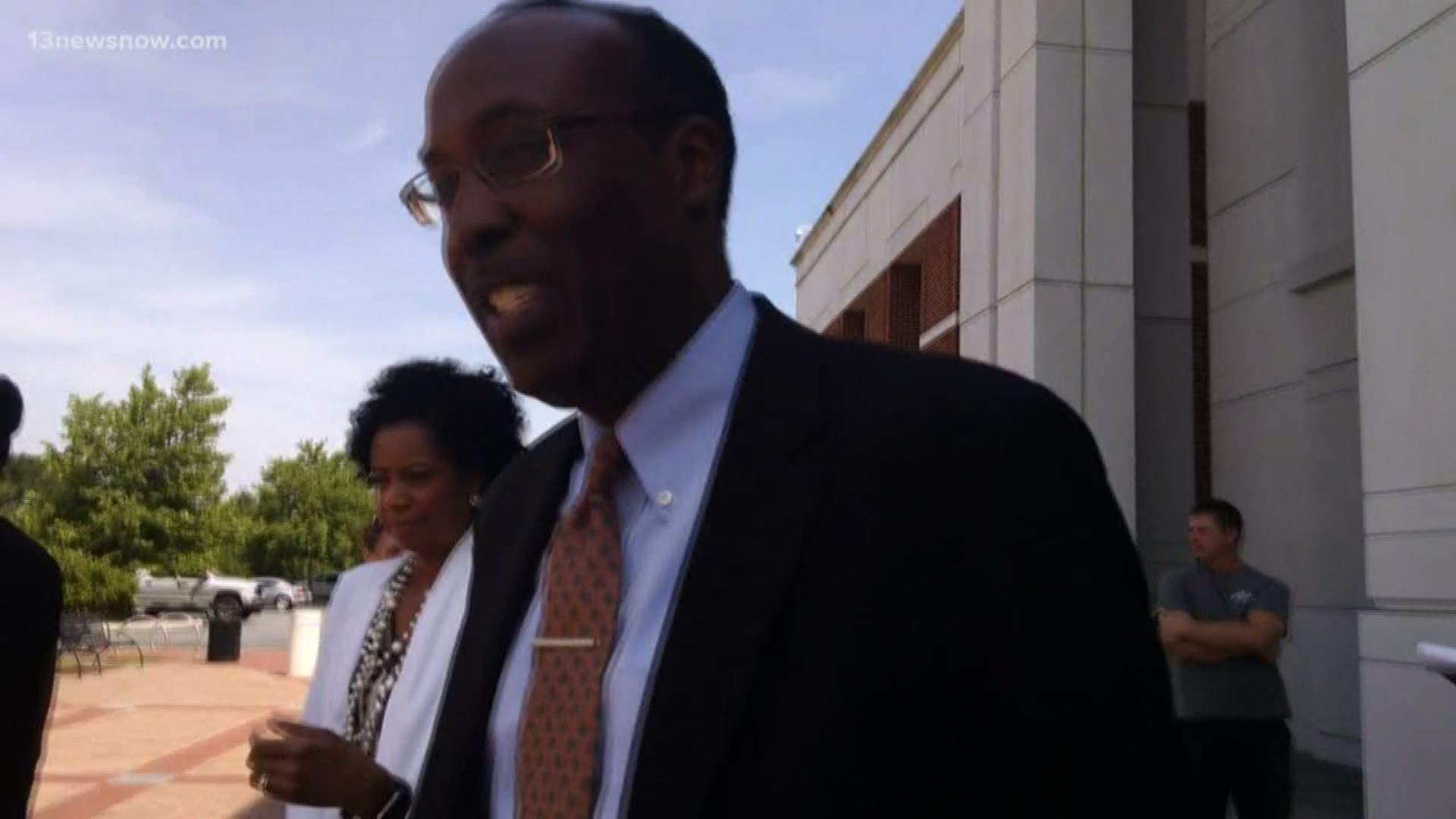 PORTSMOUTH, Va. — A former Portsmouth city councilman who was convicted of forgery last year had his civil rights restored by Governor Ralph Northam. That means Mark Whitaker can run for office again.

A jury found Whitaker guilty on three counts of forgery in July of 2018. Under Virginia law, a convicted felon can't run for or hold public office until his rights are restored by the governor.

Secretary of the Commonwealth Kelly Thomasson said Governor Northam restored Whitaker's civil rights on February 4. This means Whitaker's felony conviction no longer restricts his right to register to vote, run for office, serve as a notary public, or serve on a jury.

Even though his rights are restored, Whitaker's conviction still stands.

Whitaker's conviction was upheld shortly before last November's election, and organizations were still pushing voters to vote for him.

The Virginia Department of Elections said if Whitaker had been one of the three highest vote recipients, a special election would have been held because he could not take office.

Whitaker was fifth in the election. Incumbent Bill Moody, Shannon Glover, and Paul Battle were the winners of the city council seats.

Whitaker originally faced 20 charges, including identity theft and fraud. The judge dismissed 17 of the charges, citing lack of evidence. The only three that stood were for forgery.

During the trial, Kevin Blount said he was a contractor who worked with Whitaker’s church -- New Bethel Baptist Church -- to redevelop a dilapidated apartment complex across the street. Blount said the church tried to raise $35,000 to finish the project, and loan applications and checks were cashed in his name through Whitaker’s credit union, New Bethel Federal Credit Union.

The defense unsuccessfully argued there is no evidence presented in the case that proves Whitaker signed any documents using alleged victim Kevin Blount’s name. The defense said it is not possible to convict a man of good character when there is zero evidence.